Markus Zusak and The Book Thief 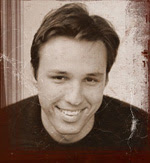 Several of my writer/illustrator friends from the SCBWI Southern-Breeze and I attended Markus Zusak's book signing at the Marcus Jewish Community Center's annual Book Festival last night.
An enormous crowd gathered in their gymnasium to hear Markus tell stories and talk about his path to writing the Printz award-winning novel, The Book Thief.
He's been on tour for ages now (after two years, clamor over the novel has not quieted), but somehow managed to be energetic and entertaining. I asked him if he was able to write on the road ("not very well," he said) and if he felt he had another book in him of such importance.

He very humbly replied, "probably not." He said he put so much into The Book Thief, he really feels it is his "big book."      Considering he's the recipient of two Printz Honor Awards (also for I Am The Messenger), I'm inclined to believe Markus has many more great things to share with us.
And oh to have accomplished so much at such a young age! Wow. (And what a cutie too.)
The Book Thief is set in Nazi Germany during WWII and told through the voice of Death, so you can imagine this is no light read - but if you get the chance, it's definitely worth it.
at November 12, 2007

Email ThisBlogThis!Share to TwitterShare to FacebookShare to Pinterest
Labels: Reviews