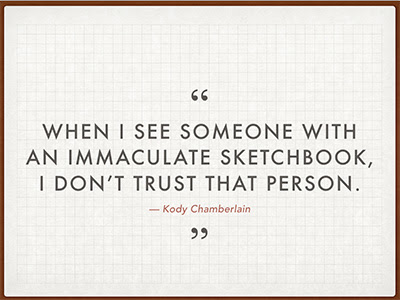 Recently I had the opportunity to share some creative brilliance from two of my favorite creators. It all began when Judy Schachner visited Hollins University in 2014. She shared part of her creative process in the making of Dewey Bob Crockett - her new raccoon friend who follows her hit series, Skippyjon Jones. Judy always creates a Character Bible before she ever starts writing a story. Here's the one for Dewey. 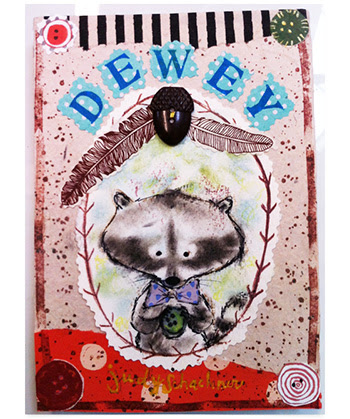 In these bibles she collects images, colors, sketches - everything that might feed into sharing who her character is. 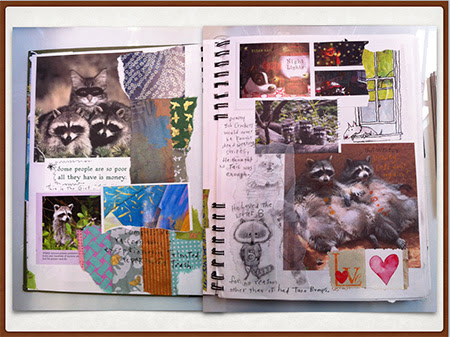 It was a genius idea, but I didn't see myself making it part of my own creative process.
Then I went down to Northumberland to have a play date with author/illustrator Julia Patton. 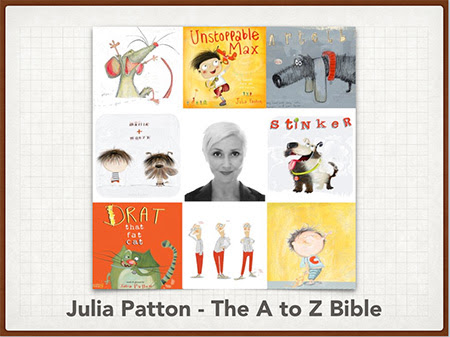 Julia was doing something with a similar concept, but her creation was called a Style Bible. Her idea is to break up a nice sketch book into the alphabet. Under each letter she includes narrative sketches of things that fall under those letters. For "A" - aardvarks, amoebas, antelopes, ants - you get the idea. But the key phrase is narrative. She tries to make sure that everything she includes has a bigger idea around it - the blossom of a story. So it becomes and ant who, or an ant that... 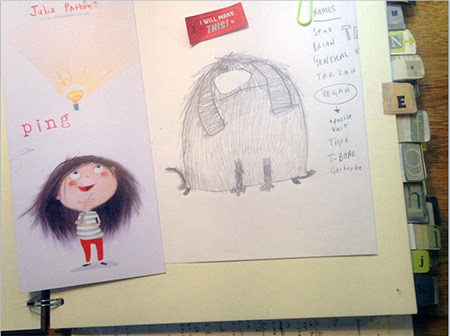 She doesn't actually sketch in the bible. She collects sketches from elsewhere and the Style Bible is constantly changing and evolving. The result is that she eventually has a very clear idea of how she draws trees, or telephones, or bears. It's her look, clearly defined.
Not only can a Style Bible help illustrators find their illustrative voice, it can also spark ideas. Not only does it give you a context for what to draw (if you happen to be stuck - work on your "B's.") Or put two sketches together and see what happens. New relationships emerge, new idea, and a whole lot of streamlining. It can be the first step before creating Character Bibles or book dummies. It becomes your creative brain on the outside.
In fact, Julia no longer shares a portfolio with potential editors. Now she shares her bible and she's sold quite a few upcoming books as a result.
Meanwhile, Julia gave me some homework for the summer and I decided to share it with my students at Hollins University. 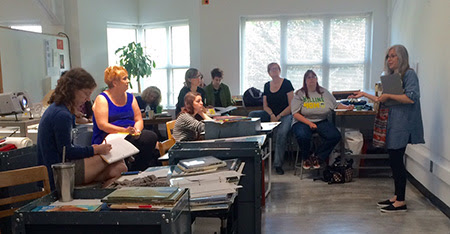 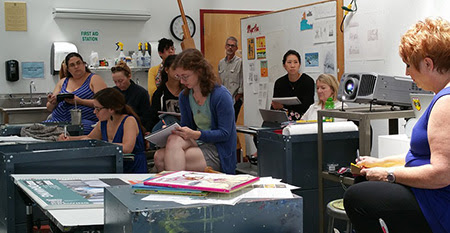 I'm making my very own Style Bible this summer. Julia guarantees that by the end of the summer I'll have a clear direction of my stylistic voice as a result. So I'm sketching away, adding to my alphabet, and finding lots of new story ideas along the way. Won't you join me?
at July 06, 2016

I am so intrigued by this! Just finished reading your 2017 SCBWI spring bulletin article and am absolutely inspired!

Me too! The SCBWI article got me all excited and I spent breakfast learning about the delightful Julia Patton. And here I am trying to learn more about the Style Bible on your lovely site. I confess I didn't even know removable tape was a "thing", but I'm about to go buy some! Thanks so much for sharing this brilliant idea!