SCREAMING AT THE UMP by Audrey Vernick - Guest Post and Giveaway! 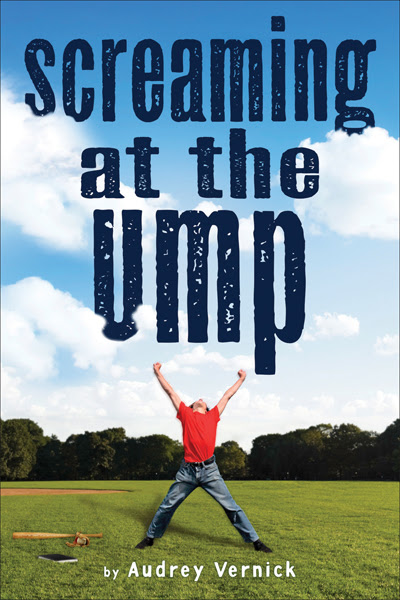 Crafting a suspenseful plot has always been my weakness. This isn’t all that surprising. As a writer, I look to create the kind of novel I like to read. My favorite books have always been character-based. The movies I love tend to be day-in-the-life stories about interesting characters, films that often lack that formulaic all-is-lost moment near the end.
You’d probably call them quiet.
So it wasn’t a huge shock that the first middle-grade novel I wrote ended up being on the quiet side, a coming-of-age-one-summer book. The thing is, it turns out to be totally not fun to write a whole novel and then not sell it.
My agent and I heard it again and again: there wasn’t enough that set my book apart. It was too quiet. It was a mistake I didn’t want to make a second time.
Those who know me will not be surprised by how I discovered a potentially less quiet path: I was watching baseball on TV. It was the postseason and the outcome of a number of games was directly affected by bad calls. For weeks it was the main talking point of sports-minded people: the fallibility of umpires.
I knew the best umpires were chosen to work postseason games but it occurred to me that I had no idea how one became a major-league umpire. A little online research quickly led to the answer. There are two umpire schools in Florida. Who knew?
I started thinking about this, about setting a novel at an umpire school. Maybe setting was something that could set a book apart. In the interest of full disclosure: as a reader, I’m rarely excited by setting. In fact, it’s one of those things that I think, when done well, isn’t all that noticeable. As a young reader, I appreciated intentionally vague settings—those that allowed me to place the characters’ lives in the framework of my own familiar landmarks.
But if I started with a really unique setting, maybe I could call that the hook, the thing that sets my book apart. 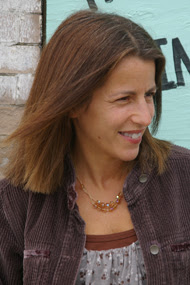 As the days grew colder and grayer, I started to think I might be onto something. Umpire school classes are held in January. Florida is warm in January. New Jersey is not. I concluded that research would be essential to the success of this project.
And somehow I made it happen. I contacted the head of one of the umpire schools, got permission to observe while school was in session. I booked a cheap flight, cheap car, cheap motel. Arranged for my husband to stay with our kids. And I went to Kissimmee, Florida.
I sat in the bleachers. I watched. I took notes. I took pictures. I talked to the owner and his right-hand man. I started writing in that crappy little motel room. I began with different characters than the ones in Screaming at the Ump. I think those three are still waiting for me—they did not belong at an umpire school. Ump’s main character, Casey Snowden, and his best friend, Zeke, belong in this school. It defines them.
A funny thing happened after I put my characters in this not-run-of-the-mill setting. A loudish character showed up. A mysterious loud character who may or may not be a former major-league ballplayer disgraced in a steroid scandal years earlier. He helped me take another step away from a too-quiet manuscript.
I’m tempted to skip the part of the story that involved this book going out on submission and being quickly rejected. The problem wasn’t quietness that time. Maybe ineptitude? I still had a lot to learn about piecing together a novel. But I did figure it out. I even went back and rescued that first too-quiet novel. Both of these manuscripts spent lonely years in the drawer. I picture their main characters, Marley and Casey, both only children, teasing each other like siblings while in there. In their ultimately published versions, I placed them in the same town, a tribute to their time together.
In Marley’s case, the town is barely there. Setting is far more important to Casey’s story—the whole town is there, but the emphasis is very much upon the imagined campus of Behind the Plate, his father and grandfather’s umpire school, on the grounds of what was once a reform school.
I’m now working on my third novel. It’s not a shock-a-minute thriller, but some stuff happens. I think that’s probably the extent of plot in my books—some stuff happens that affects the characters. While I lack the desire and the skill set to “write to market,” I do always write with the goal of having some elements that set the story apart. That and stories that require research in warmer winter climates.

Audrey Vernick lives near the ocean in New Jersey where she writes picture books and middle grade novels. You can visit her website: http://www.audreyvernick.com.

GIVEAWAY!
Audrey has kindly agreed to give one free copy of SCREAMING AT THE UMP to one of my lucky commenters. Enter below. (Must live in the continental US to win.)
a Rafflecopter giveaway
at March 08, 2014

I understand that a setting can be like a character, but I agree with you that the setting as a main character is not always necessary, and that the "anywhere" sort of setting allows kids to place themselves in the story.

But it sound like in SCREAMING that setting completely necessary. I don't need to win a copy, because I already have mine and can't wait to dig in.

Oh and I SO look forward to your novel number 3 - character-driven in which some stuff happens. My favorite kind of read.

I'd share this book with young readers that don't really like sport stories. It doesn't sound like it is about a specific sport, but about characters and personalities involved in any sport - the behind-the-scenes happenings, if you will. How do so many personalities manage to make up a team?

I love the idea of 'doing research' like that. For me setting is really important in helping me visualize what's going on, so I appreciate the work it takes to create a good setting that adds to the story without overwhelming the story.