From The Guardian - Margaret Atwood's new work will remain unseen for a century - Must read this, it's really interesting!

From PW via The Telegraph: Should Writers Be Paid To Read? Hmmmm!

From Mashable via PW: Sleep in the Homes of These 8 Literary Legends. (I want to live in Steinbeck's studio - how adorable!!) 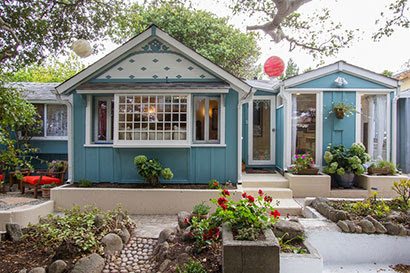 From Forbes via Publishers Lunch: Forbes has released their annual list of guesses at what the top-earning authors made. Please don't think this is anywhere near what the rest of us make! This is so outside my realm of reality I can't even imagine!

From NPR via PW: How 'Gatsby' Went From a Moldering Flop To a Great American Novel - fascinating look at how the book caught on after the author's death

From PW: A Hot Summer For Indie Stores... "PW’s informal poll of nearly two dozen indie bookstores found that many overcame a tough winter and are, in fact, up for the year. Some are way up. Parnassus Books in Nashville is one of several stores to report double-digit sales." Gads, I love to hear that!!

At Brain Pickings via PW: Maurice Sendak's Darkest, Most Controversial Yet Most Hopeful Children's Book

At BoingBoing: Great Childhood Books of Yesteryear (for adults only)