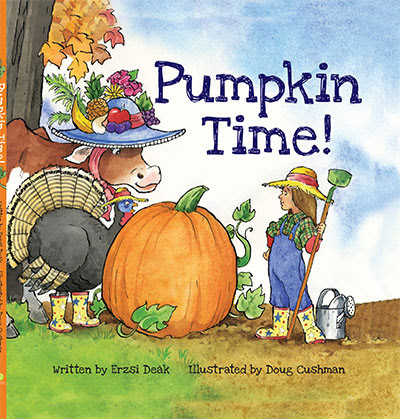 Two amazing talents have teamed up to create THE perfect harvest time book for this coming fall - Erzsi Deak (of Hen & Ink Literary Studio) and Doug Cushman (writer and/or illustrator of over 125 picture books!). The book is called PUMPKIN TIME!
at October 23, 2014

Always enjoy hearing about new books, this sounds like a fun one.

That's a lot of books

looks like a cute book for elementary students. thanks

What a lovely looking book. Can't wait to read it

thanks for writing children's books this sounds like a good book

Would love to win! These look fantastic. Thank you!

Thanks for the chance to win a copy of the book!

This looks like a great book! I work at a library and would love to share with the kids there.