The creation of Lula's Brew - the brew, not the book

So my publisher wants to include a recipe in the press release for LULA'S BREW. Not just any recipe - THE recipe - y'know, Lula's Brew - the actual BREW.
Well, I've thought about it for years, quietly in the back of my mind. So I thought it would be a breeze. It didn't turn out that way.
At first I thought, Halloween... it needs to have something to do with pumpkin. So I performed the grand experiment. I divided and cleaned out an enormous squash which I roasted with its seeds (I'm lucky I didn't chop off any of my fingers doing this): 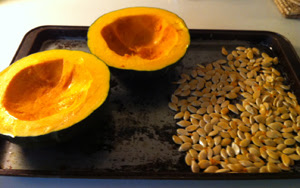 Then I diced and sauteed lovely ingredients: 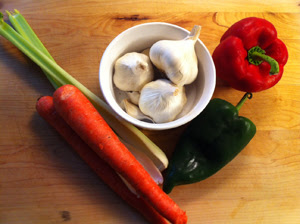 I sauteed them in a pot to create a sort of white bean chicken chile with a can of pumpkin. It's real - I read about other people doing this with success.
I also read some recipes that turned it sweet, with coconut milk and curry. So I divided the batch half-way through and made both. Then I served them in the squash halves with the roasted seeds and fresh parsley. 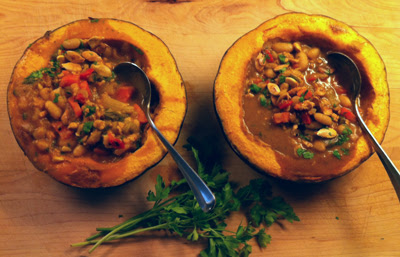 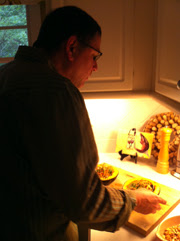 Brave hubbie gave them a try and... well, the results were not so stellar. Neither recipe was IT. Neither one was Lula's Brew.
So Monday I tried again. I needed something that was accessible to most American's, with ingredients that anyone can buy at their local store or may already have in their cabinet and fridge, but which end up delicious when combined... and witchy-stew-like.
Then, I remembered this recipe I used to make for my poker gang nearly every week in my single days. It took some digging, but I found the recipe and... adapted it. I updated it to my more grown-up taste buds (just a bit) and renamed all the ingredients. The corn became "mummy teeth" and the black beans became the "moles from a bat's behind." Y'know, like Lula's Aunties would have directed.
The result? YUM! No really! THIS is it! THIS is Lula's Brew! CLICK HERE for the recipe. YUM! 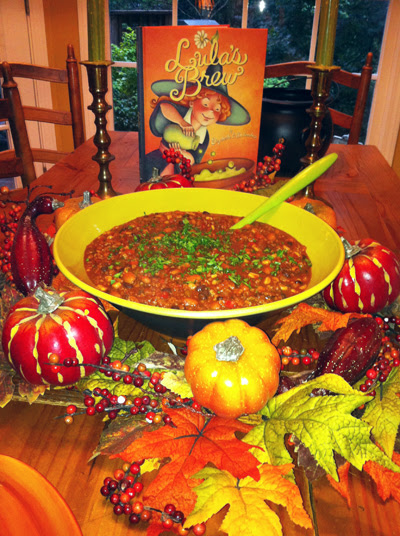 Love your persistence, e! And the bewitching presentations. And the fact that you used to belong to a poker gang. ;0) Kudos!

Thanks Robyn! I'm still on the fence on the vinegar in the recipe, so if y'all try it, let me know what you think! :) e

The vinegar will just help with preservation and is not really tasted(typically. I use it when making dishes like this brew...thanks for adding to a spooktacular menu! Happy Haunting!