There's a new twitter page which lists requests for artists/creatives for 'the exposure' (in other words - for free). It's a long joke in our industry - people can die of exposure. For Exposure

OMG - The must-have kidlit manicures of 2014 at marjorieingall via PW Children's Bookshelf. Get your geeked-out nails on! 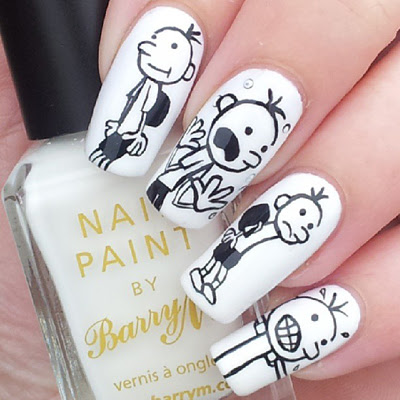 Wonderful conversation between Jon Klassen and Chris Raschka over at 100 Scope Notes: A Caldecott Conversation

If you're an illustrator and you don't follow David Opie's blog, you should. He often posts helpful advice like in this latest one: "Dozer" Character Design.

Interesting interview with illustrator Melissa Sweet on the creation of LITTLE RED WRITING. Good follow up to my own interview, which you can find HERE.

Fascinating Numbers About Children's Book Sales at the SCBWI blog via Publishers Marketplace.

Scientists Find Secret to Writing a Best-Selling Novel at Telegraph via PW. Supposedly it's 84% accurate!

Did you know that Ira Glass of This American Life did a series on middle schoolers? Want a peek into the brains of mid-grade readers? Here's your chance!

Volunteerism is a big part of SCBWI, so I found this article at Tribal Writer especially relevant: Service is and act of leadership: 7 reasons why 'serving' is different from 'pleasing'