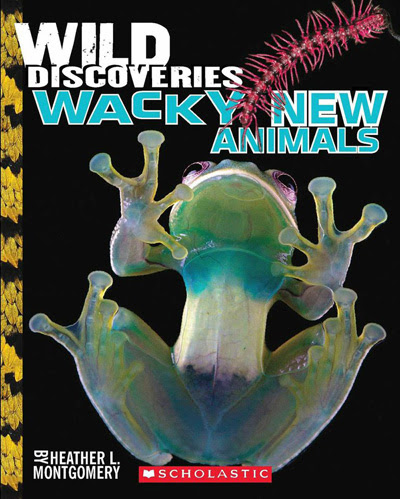 If you're looking for a speaker to invite to your school - Heather Montgomery is your gal. She is so animated, hilarious, and passionate about her subjects, you will be mesmerized by how fascinating she can make seemingly ordinary things! I am honored to have Heather here today to talk about her craft...


WHAT’S THE BIG IDEA?
Writing Nonfiction that Speaks to a Child

From dissecting a dead rattlesnake to painting my face with dirt, I’ll do just about anything to pass my love of science and nature on to kids. But when I started writing about nature, I hit some roadblocks. It wasn’t until I stepped back and considered lessons from my previous career – interpretation (not interpreting French, Spanish or even American Sign Language but interpreting nature or history) – that I “got it.” Ten books later, those lessons are still serving me well, so I thought I’d pass them along. 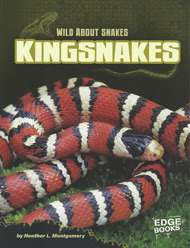 In 1957 Freeman Tilden wrote the book INTERPRETING OUR HERITAGE which is, to this day, the fundamental text for both naturalists and historical interpreters. Freeman presented two principles that he believed were central to good interpretation. I believe they are also central to good informational texts.

Big Ideas
The first of Tilden’s principles speaks to the purpose of our work. Effective writing “is the revelation of a larger truth that lies behind any statement of fact.” Think about it: why does a random list of facts not make a good book? Because it does not lead to the revelation of some greater truth, a “big idea.” Well-crafted writing guides the reader towards an “Aha!” moment, towards a greater comprehension of the way the world works, and/or towards an epiphany about themselves.
How do you reveal such a big idea in a short piece for children? In writing WILD DISCOVERIES: WACKY NEW ANIMALS, I asked myself a series of questions: What? So what? Now what? Those simple questions became critical guideposts on the journey to writing the book.

1) “What?” I found a jungle of amazing facts about a hot pink creature that had never been discovered before, a worm that shoots slime out of its face, a monkey that took 30 years to discover, … The torrent of information I collected was overwhelming. 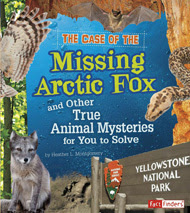 2) “So what?” I learned that important scientific discoveries are still going on today – every single day. WOW! That’s a big idea. The answer to this second question showed me that I needed to select only material which supported this point and cut material that did not. Suddenly my overwhelming pile of information was manageable. It helped me sequence that information so that my reader could experience the same “Aha!” I had. And, it allowed me to lead into the final question.
3) “Now what?” Go outside and make your own scientific discoveries! Children everywhere are helping with the discovery of new species. My reader can too!

Curiosity
Tilden’s second principle was that your work should “capitalize on mere curiosity for the enrichment of the human mind and spirit.” Curiosity, such a natural human drive, is stimulating and novel ideas or approaches please the human brain. The trick to successful nonfiction is to make use of that natural instinct to “enrich.”
How do you write an article that reveals big ideas and enriches reader’s lives? 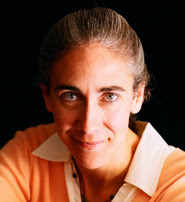 Principles to Write By (Adapted from Interpreting Our Heritage):

• Writing that does not relate to the reader will be sterile. In WILD DISCOVERIES, I selected only new animals which were weird and thus related to a kid’s fascination with wacky animals.
• Information, in and of itself, is not good writing. With every new animal presented in the book, I included some tidbit about the process of scientific discovery in order to move the reader towards my big idea.
• Writing nonfiction is an art that incorporates many other arts. It took me much practice to artfully blend the scientific vocabulary and literary descriptions that would appeal to a broad audience.
• Writing must speak to a whole as opposed to the parts. To make the most of this story, I had to address the whole concept of discovery and new species instead of focusing on one animal or aspect of the process.
• Quality nonfiction for children is not a watered-down version of adult literature, but rather, it takes a different approach. I prioritized a child’s sense of adventure and humor in selection of animals and anecdotes so that I could appeal to their unique perspective on the world.
• The main purpose “is not instruction, but provocation.” In this book, I could have presented only the fun, educational information about these newly discovered animals, but the power was in provoking the idea that a child, too, can make discoveries and add to our knowledge about the world.

So, try these principals yourself. Appeal to your reader’s sense of curiosity, reveal big ideas and enrich lives with your writing. Then, thank Tilden for your successful submissions! 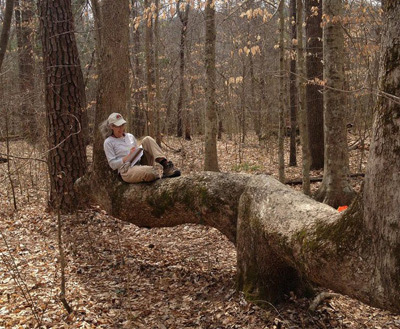 GIVEAWAY!
Heather has kindly agreed to give away a free, signed copy of WILD DISCOVERIES. Must live in the US/Canada to win. Enter below!
a Rafflecopter giveaway
at March 22, 2014

This is an awesome post about writing nonfiction picture books--great things to keep in mind. I'm going to go look for the Tilden book, too! Thank you Heather and Elizabeth! :)

Glad you liked it Laurie Ann. I keep circling back to Tilden's principles so I hope they serve you well too.

I'm trying to branch out into nonfiction, so this post gives me some great tips. Thank you.

Thanks for this thoughtful piece, Heather. I especially like the quote from Tilden that effective writing “is the revelation of a larger truth that lies behind any statement of fact.” I hope that schools keep this in mind in their rush to provide "informational texts" without a balance of "big picture" nonfiction.

Super post about keeping the big picture/larger truth in mind when writing nonfiction.

I'd share this text with myself first - it looks like an awesome mentor text! Then, I'd pass it to one of my relatives (three are elementary teachers, so I share with them).

I always learn something from you, Heather. I definitely want to track down the Tilden book. Looking forward to seeing you soon.

Wow, terrific post, Heather! I love the "What? So what? Now what?" sequence.
Cheers,
Andy Boyles

"Well-crafted writing guides the reader towards an “Aha!” moment"

It applies to writing, sure, but we can apply it to every interaction with a child; gently nudging the child to making his/her own discoveries.

Love learning about your journey and also gleaning strategies to help write great nonfiction for kids. Thanks so much for sharing! Best wishes with your books.

I especially like the "Now what?" question to get kids excitedly interacting with your book! And, after hiking with you at the SCBWI Silver Bay conference, I might have known that you'd enjoy writing in a tree.

This is a terrific post. I've been sharing it with my writer friends. Finding the right structure is so important.

Thanks so much for this post. It's really helpful for those of us starting in this area of writing.

Thanks, Heather and Elizabeth.

Thanks everyone for your generous comments. I love learning from you all as well!

Isn't it fabulous how a few words or questions really can keep our writing/teaching focused on the important ideas?

Heather, I'm late to this party! I'm working on my first straight NF manuscript and your words have led me in a new and exciting direction. Thank you!

A room without books is like a body without a soul.