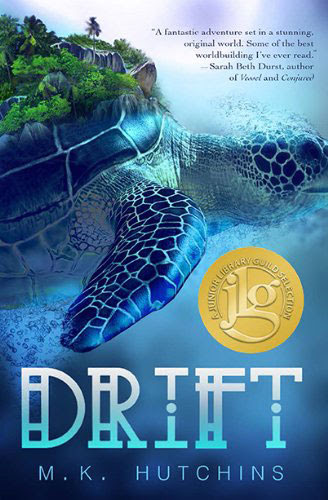 Patience is an under-sung virtue in the publishing world.
Nearly a decade ago, I sat in a college classroom listening to a professor talk about how the Classic Maya envisioned the world as being on the back of a turtle, surrounded by a watery hell. I knew I had to write a story about that.
And so, in between studying and midterms and a lot of archaeology classes, I wrote the core of the novel that would one day become Drift. But it wasn’t that novel, yet. It was broken. I revised and revised and...I metaphorically threw it in a drawer and wrote something else. I had no idea how to fix it. Opening the document was an exercise in frustration and futility.
I didn’t realize it at the time, but I simply didn’t have the writing chops to pull off the novel. I’d written two other books in high school, but that didn’t mean I had any idea what I was doing (I applaud the brilliant YA authors who do figure out how to craft beautiful novels a year or two out of high school; I just wasn’t one of them).
So, I wrote more things. Best of all, I joined a writing group. Suddenly, instead of writing in a vacuum where I was mostly guessing how well scenes were working, I had real live people pointing out problems that I hadn’t even considered. I found more great books and articles on writing. And I kept writing. A lot.
Then in 2010, I reread the book I’d neglected for so long. Suddenly, it was easy to fix all the things that I’d known were wrong before. I felt like a hobbit who had left home uncertain, then returned from a great adventure to scour the Shire. In 2011, I submitted Drift to Tu Books. 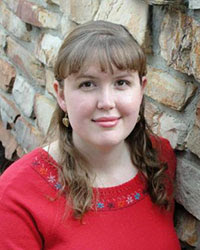 I was fortunate enough to have a great editor to push me further. My critique group had pointed out problems; my editor found mediocre parts and told me to make them all awesome instead.
Rounds of revisions followed, starting from big-picture items and narrowing down to the final copy-edit. The book was type-set and a cover was designed. In some magical place unknown to me, it was printed. Then in mid-2014, Drift was actually released.
When I’ve told some people this story, they look at me like I’m insane. It took how long? But the truth is, getting Drift out took as long as it needed to. It wasn’t ready to submit when I first wrote it. And it wasn’t ready for typesetting when I first submitted it, either. Plenty of hard work and revision needed to come first -- work I’m so glad I did. Now people can read the best version of the story I was carrying around in my head, instead of my first efforts to put it onto paper.

ABOUT THE BOOK:
Tenjat lives on the shores of Hell, an ocean filled with ravenous naga monsters. His island, a massive Turtle, is slowed by the people living on its back. Tenjat is poor as poor gets: poor enough, even, to condescend to the shame of marriage, so his children can help support him one day.
But Tenjat has a plan to avoid this fate. He will join the Handlers, those who defend and rule the island. Handlers never marry, and they can even provide for an additional family member. Against his sister's wishes, Tenjat joins the Handlers. And just in time: the Handlers are ramping up for a dangerous battle against the naga monsters, and they need every fighter they can get.
As the naga battle approaches, Tenjat's training intensifies, but a long-hidden family secret—not to mention his own growing feelings for Avi—put his plans in jeopardy, and might threaten the very survival of his island.

Bio:
M.K. Hutchins' YA fantasy novel Drift is both a Junior Library Guild Selection and a VOYA Top Shelf Honoree. Her short fiction appears in IGMS and Daily Science Fiction. She studied archaeology at BYU, giving her the opportunity to compile ancient Maya genealogies, excavate in Belize, and work as a faunal analyst. She blogs at www.mkhutchins.com.
at April 23, 2015