Guest Post by Peter Adam Salomon
After The First Draft: Attitude Is Everything 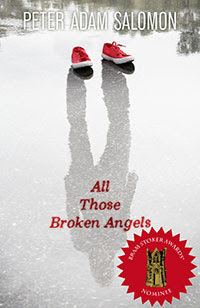 Congratulations, you've finished the first draft of your novel! This calls for a celebration. Lots of people have thought "I should write a book" and never started, or started and never finished.
You've finished!
Tell your friends, tell your family. Now get back to work. Because the hard part begins now.
This is important: just as there were times while writing the first draft when you wanted to give up, there will be those same moments as you edit. But, just as you celebrated finishing that first draft, you’ll finish the second as well. And the fourteenth, and more, before you’re ready to query.
After signing with an agent? More edits. After the novel sells? Yes, that's right: still more.
There are a number of books on editing so that information can be found elsewhere.
I'd like to talk about 'Attitude.' Yes, attitude.
Editing is hard. The book's done, isn’t it?
No. Not even close.
The celebration is over and you have two things to do. They are NOT query and sell the novel. That's the goal and despite all the obstacles still to overcome it's within reach now that you've finished the first draft. But not yet.

1) Let it sit. Untouched. Unread. Some will tell you to let it sit for a certain number of weeks or months. Let it sit. Ignore it. This is great advice. Unfortunately, the manuscript will keep calling to you: "Read Me!" So, my advice isn't so much a time frame as it is more 'attitude.' Let it sit just a little longer than is comfortable. Long enough so the passion starts coming back, until you’re dying to get back into the story and, then:
2) Revise. Revise again. Revise so many times you can't answer people when they ask 'which draft are you on?' It's not always a matter of each ‘draft' being a complete revision; sometimes you’ll read though only to fix one particular thing (how many times your main character shrugs or the forty-seven times the wind catches her hair just right). 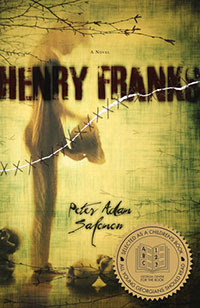 Finally, let’s talk the most important ‘attitude’ of all: LOVE the revision process. Embrace it. Always remember: anyone who takes the time to give you constructive criticism has only one goal in mind: helping YOU make YOUR manuscript better. They’re trying to help. Helping is good. Revising is good. No matter how long it takes or how many times you want to give up.
Thank them. Thank them again.
One day, you'll remember that first draft and realize how much work it needed, how much work you did, how much better the ‘final’ version is.
It will all be worth it the first time an agent calls you. When you post that your book sold. Or Tweet the cover art.
That’s the goal. Loving revision will help you get there. You will have to revise and edit no matter what attitude you go into the process with, so learn to love it. It will make it easier, it will make your agent and editor love working with you (always a good thing). And it will teach you so much about writing that when you sit down to write your next book you won't make the same errors (of course, there will always be new errors to make).
And that calls for another celebration! 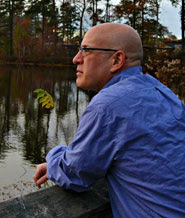 About Peter:
Peter Adam Salomon is a member of the Society of Children’s Book Writers and Illustrators, the Horror Writers Association, the Science Fiction & Fantasy Writers of America, the Science Fiction Poetry Association, the International Thriller Writers, and The Authors Guild and is represented by the Erin Murphy Literary Agency. His debut novel, HENRY FRANKS, published by Flux in 2012, was named one of the ten ‘Books All Young Georgians Should Read’ by The Georgia Center For The Book in 2014. His second novel, ALL THOSE BROKEN ANGELS, was published in 2014 by Flux and has been nominated for the Bram Stoker Award in the Young Adult category.
Here's peek at Peter's favorite writing spot: 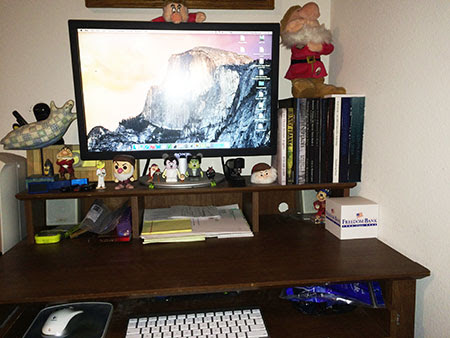