I constantly tell people the weather in Scotland is just not that bad. It's temperate - rarely gets below freezing in the winter and rarely get above 75°f (about 24°c) in the summers. If you've heard otherwise, it's because a Scotsman told you and they are notorious storytellers - as in the "don't let the truth get in the way of a good story" variety. Most of them have also not experienced winters elsewhere, so they have nothing to compare it to. SO! When we get snow here, it's as much a cause for celebration as it was in Georgia (where it was usually much colder). That said, the snow is also fleeting. I promised pictures, but have to admit, our lovely snow-storm only lasted a few hours and quickly melted away. Here was the view out our front windows. 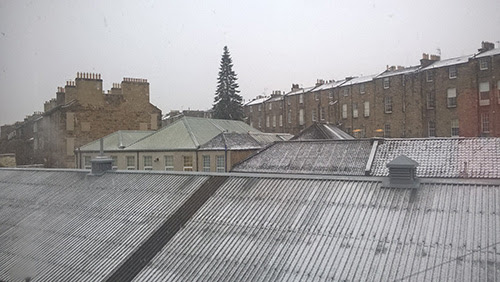 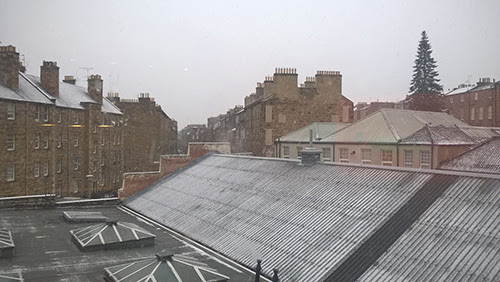 We went to our fave pub for lunch, The Ox (we've taken several guests there, so some of you might recognize this), because we wanted to get out in the snow. But as you can see, it was pretty much done by then and the sun was even peeking out. This was our view during lunch. 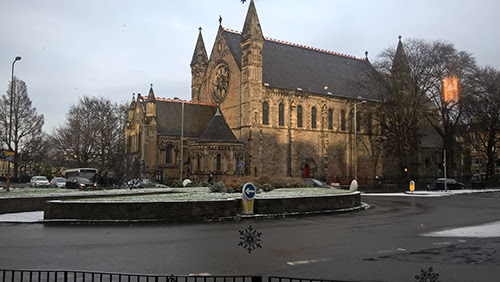