Have you ever been called a "Goody Two Shoes?" The phrase goes back to one of the first stories available to children. Goody was a term short for 'Goodwoman' - like saying Miss or Mrs. today. And the two shoes came from one of her first stories. She and her brother were poor orphans, so poor that Goody only had one shoe. When a rich philanthropist bought her a proper pair, she was so excited, she showed them off to everyone. Hence, her nickname, 'Good Two Shoes.'
Her real name was Margery Meanwell and lots of people wrote about her. (Attribution and copyrights were not yet a big deal when these works were published.) The tales were wildly popular, although quite didactic as was the trend of the day. They were also written through the prejudices of colonial thinking, so anyone considered 'other' is typically shown in an unflattering or diminutive way. These books are sometimes a reminder of how far we've come, although we still have lots farther to go. 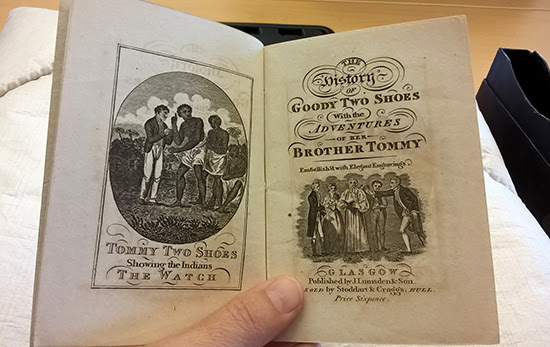 ALL the world must have heard of Goody Two-Shoes: so renowned did this little girl become, that her life has been written by more than one author, and her story has been told differently by different writers.
The father of Goody Two-Shoes was born in England; and every body knows, that, in this happy country, the poor are to the full as much protected by our excellent laws, as are the highest and the richest nobles in the land; and the humblest cottager enjoys an equal share of the blessings of English liberty with the sons of the King themselves. 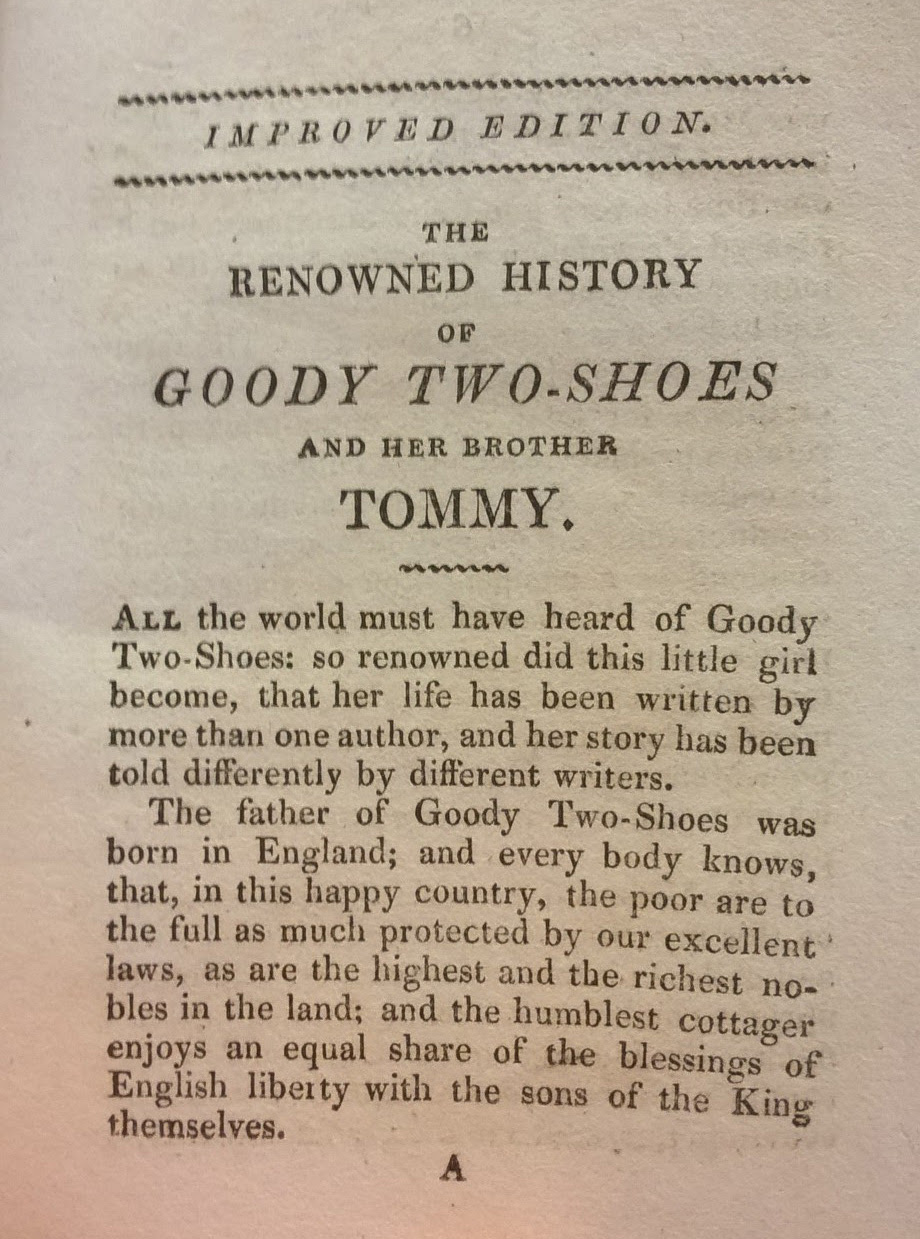 The stories are also a peek into the social structures of the time, although, perhaps it doesn't seem all that different from today, really. 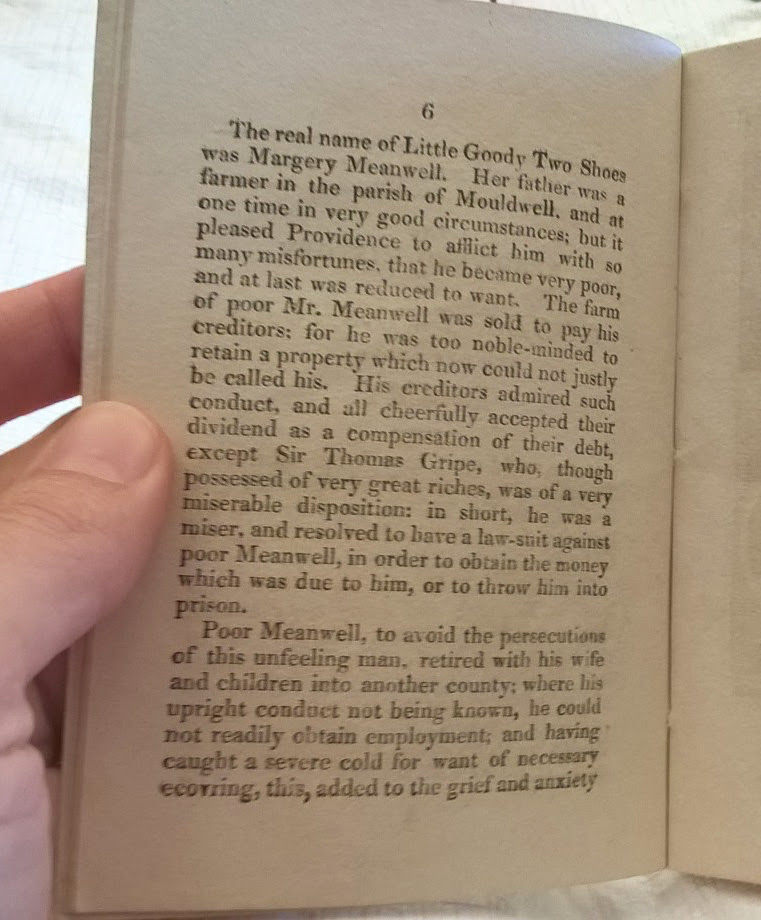 The pages still hold the impressions of the type, and the illustrations are mini masterpieces in engraving—truly lovely. 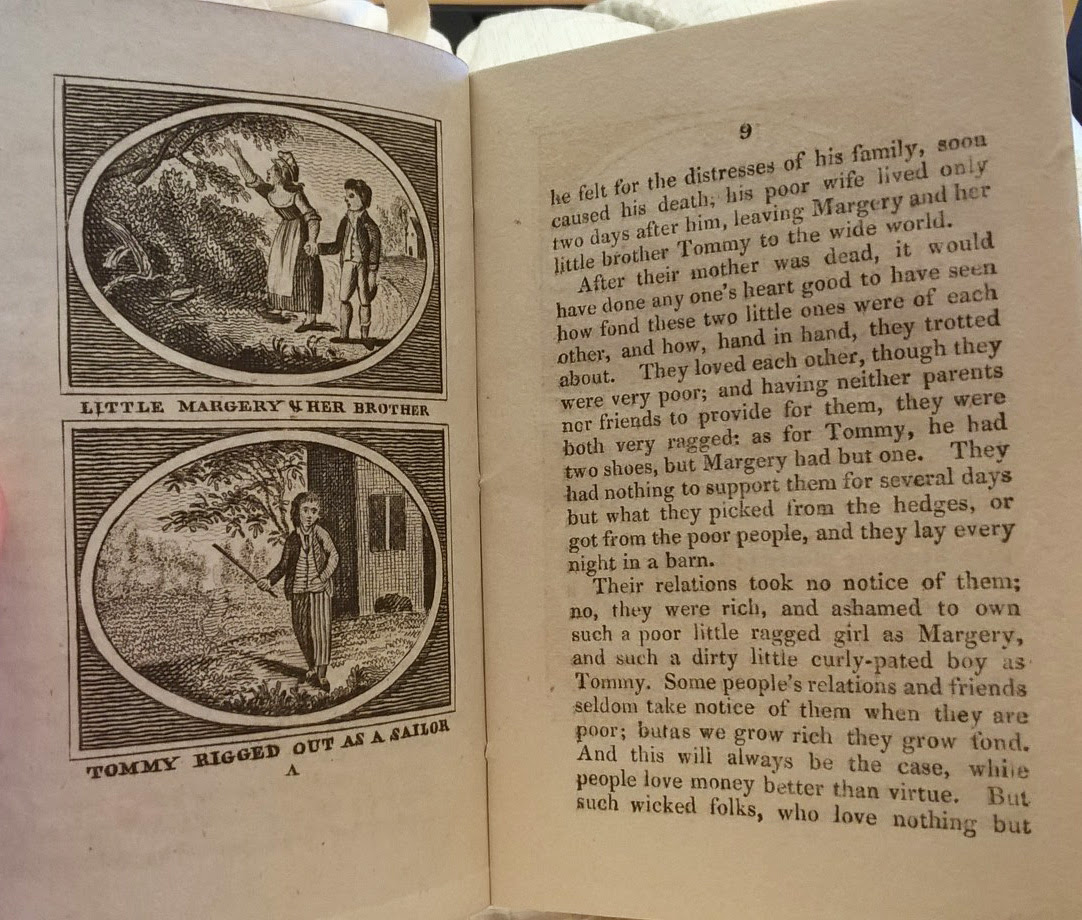 Not only are these stories an interesting window into the common life and moral beliefs of the time (Goody marries well in the end), I don't think I'll ever cease to be amazed that over a century later, 'Goody Two Shoes' is still a part of our common terminology. That little girl and her two shoes really stuck with us!

To read more about Glasgow's collection of Chapbooks, visit https://www.gla.ac.uk/myglasgow/specialcollections/collectionsa-z/chapbooks/. Read more about the Toy Books in particular at http://special.lib.gla.ac.uk/exhibns/month/may2008.html.
at October 15, 2018