All of the PhD Researchers in the University of Glasgow School of Education are given the opportunity to talk about their progress at some point during their studies in the Postgraduate Researcher-led Seminar Series hosted by Dr Cathryn Lido. Two of us speak for 30 minutes each at a once a month gathering. It's a great chance to collate one's thoughts, see if the research is holding together well, and gain valuable feedback from the vast range of experience from fellow researchers and faculty who attend the talks. I attended all of them during my first year of study and it gave me a solid idea of where I wanted to be at this stage in my research. This past week, it was my turn to talk about my own research to date (I'm officially half-way through my studies). My supervisor Dr Maureen Farrell gave me a lovely introduction. 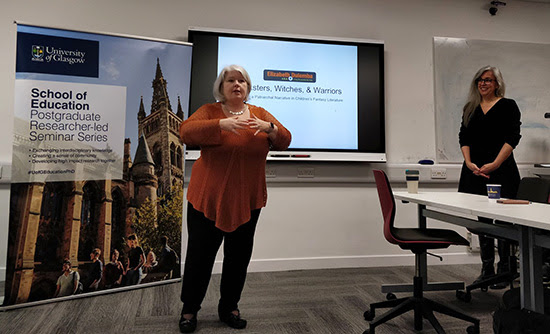 I talked about my journey on my thesis topic "Tricksters, Witches, and Warriors: Rewriting a Patriarchal Narrative in Children's Fantasy Literature." I talked about the break-throughs I've made, along with some misdirections, such as realizing the Wild Man (which I illustrated) isn't actually a trickster. 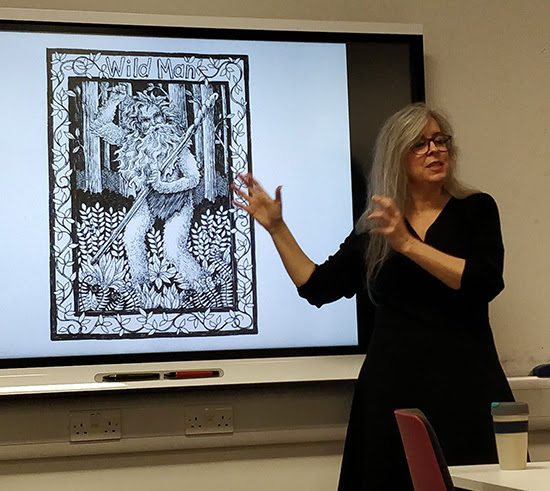 I discussed how women warriors are a natural evolution in trying to write empowered female protagonists and how many female tricksters are actually known as witches.

My second supervisor, Dr Bob Davis was extremely complimentary of my talk. (I have wonderfully supportive supervisors.) 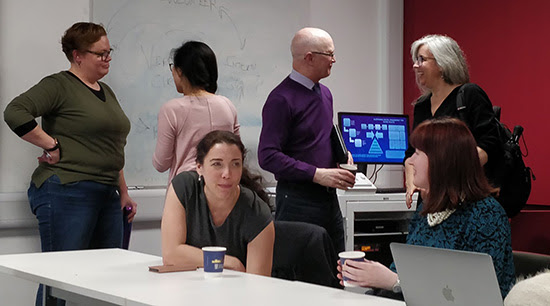 Fellow researcher and American Krissi gave the second talk of the day on her fascinating work with elderly social support. In fact, there were three Americans running the show that day - Krissi, Cathryn, and me. 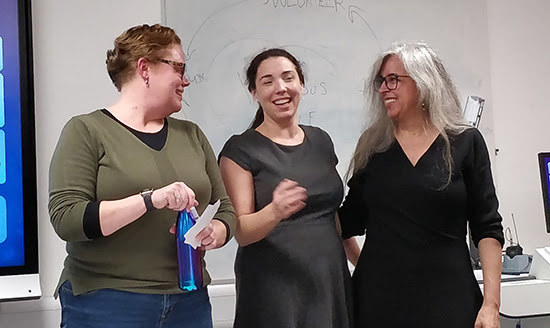 Friends in the audience took photographs for me - thanks to Maureen, Jen Chou (sp?), and Yaxi, who gave my talk a big thumbs up. 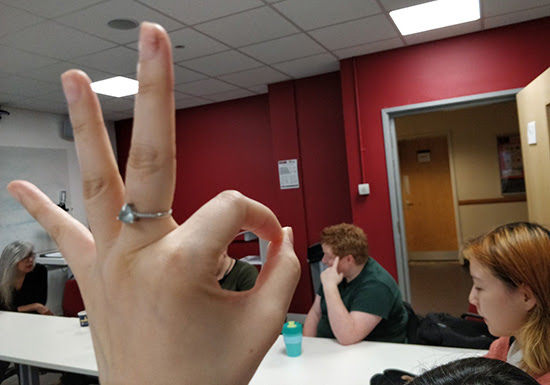