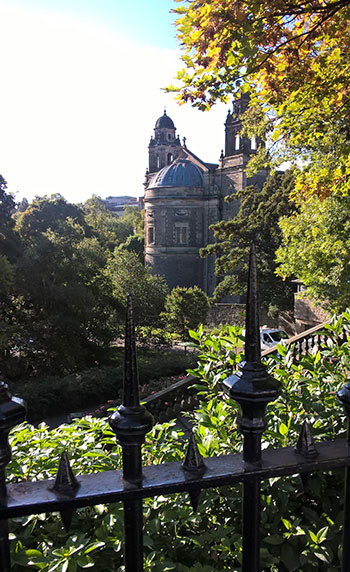 One of the commenters on my FB thread about the new job in South Carolina asked for tips on moving overseas. I responded 'Good lord, where to start!' So I thought, perhaps this would make a good blog post. These aren't so much tips as they are 12 things I've learned:

1. People are people no matter where you go. We may have cultural or racial differences, but at the core, we are all as wonderful and imperfect as anybody else.

2. The grass is not always greener on the other side of the fence, but sometimes it is. There are good and bad things about anywhere you live. They may be different things, but they'll probably weigh out about the same. (Unless you go somewhere truly challenging.)

3. Socialized medicine is AMAZING. I have received the BEST HEALTHCARE OF MY LIFE in Scotland, by a very, very wide margin. Socialized medicine is far superior. The reasons why are too long to list here, so that may have to be another post. But I can say that healthcare should be a human RIGHT everywhere and knowing that you are covered for life's catastrophes completely changes your quality of life. I do wish the US would get their act together on this.

5. Politics are a mess everywhere right now. (Does that ever really change?) It seems like the entire world is becoming more nationalistic and scarily conservative. I don't know why. That said, there are many people in the world living in war, in terror, or living displaced. If you're reading my blog, you're probably one of the lucky ones who has a choice.

6. Brexit is perhaps even worse than the US mess right now because it will take decades to undo, whereas in the US, we hold elections that can radically change things every four years.

7. Coming off of that nationalism topic, visas are a bear. Trying to get permission to live in a foreign country, especially one that is clamping down on immigration, is extremely, extremely difficult. I hate that.

8. It is not fun to live somewhere where you can't vote to change the politics of where you live. I think of all the immigrants living in the US, who suffer because of legislation they have no power to change. That powerlessness is not funny. And the people who do have the power to vote are oftentimes the people who will be least affected by the legislation they vote for.

9. Public transportation ROCKS. To not have to own a car, to have multiple options of how to get around, these are freedoms and environmentally--friendly options that everyone should have. (It also makes drunk-driving less of a thing.)

10. Knowing that food and medicine must be proved safe before being made publicly available is a much better system than playing catch-up after food or medicine turns out to be unsafe. This system means that most of the produce in the UK is near or better quality than the organic produce you can buy in the US. Not having to worry about the toxicity of your food is a marvellous thing.

11. When you live in a tight/walkable community, where you can walk to the grocer, walk to restaurants, walk to the library, etc., you end up not needing as much stuff of your own. Your neighborhood becomes your extended home. That's a lovely feeling.

12. You probably have more invested in your home than you realize. We take so much for granted - friendships, familiarity, native knowledge (jokes, lingo, accents, etc.). It can be very fun to be somewhere where all those things are new and different, but it can also become an ongoing challenge that can get old sometimes. That said, no matter how beautiful and wonderous a new place is, you will eventually find yourself taking it for granted too. We humans just do that.

13. Let's make this a Baker's Dozen... The math of different currencies and measuring systems is challenging and fun! It's nice to finally have a feel for celsius and the metric system considering the majority of the globe is on that system rather than the US system. And one does feel especially worldly when carrying several different currencies in your wallet at the same time!

All said, living overseas has been exciting adventure for me. It's made the entire world feel more accessible. It's given me objectivity and new ways of thinking, more empathy, international awareness, and it's gifted me with friends all over the planet - making our world a much smaller and friendlier place.
Another FB poster asked if I was going to miss Edinburgh. Of COURSE I will! How could I not? Edinburgh is a very special place and I'm so grateful to have had this experience!!!
at May 25, 2019

And new friends. . .not there any more. And early mornings full of book talk done. Sigh.

Not done when you come through South Carolina!!! Although, I will miss our Scottish mornings on the couch. Hugs, hugs, xxoo e