Howard McWilliam's D IS FOR DROOL

Before my summer hiatus, I had one more interview to share, which got a little delayed. So, without further adieu, Howard McWilliam stopped by to talk about the latest book in the adorable "My Monster" series from Flashlight Press, D is for Drool! 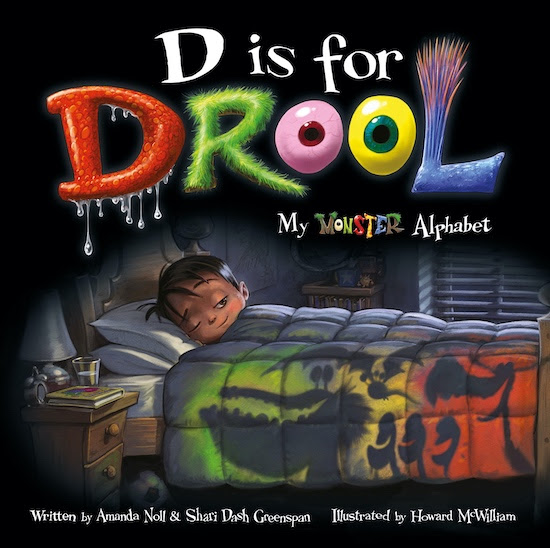 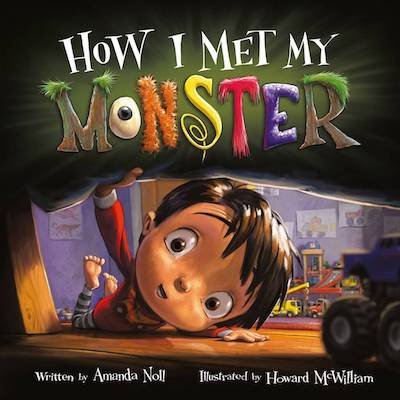 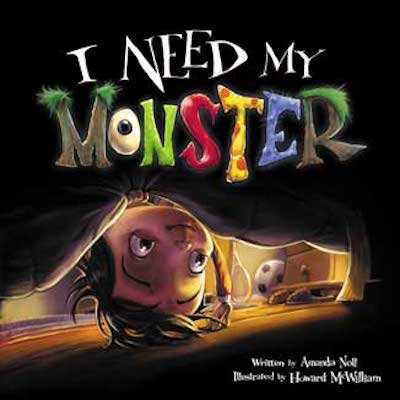 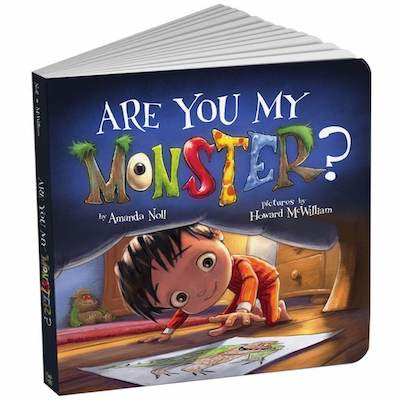 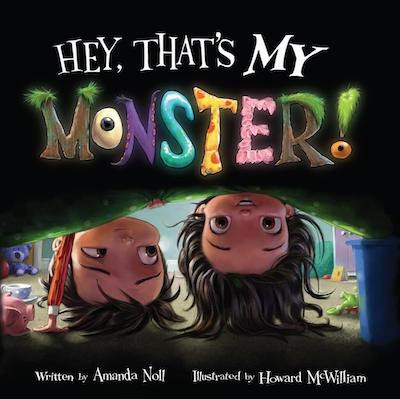 e: What was your creative process/medium, can you walk us through it?
Howard: One of my favourite parts of working on a new book is creating the thumbnail storyboard, hashing out the rhythm and page layout of the story, roughly positioning the blocks of text and scribbling in the main characters and action. This is the stage that’s full of exciting possibilities, and also reveals the meatiest problems to work through. I work entirely on an iPad Pro these days, using the software Procreate. With some customised paper textures and brushes, this has all the functionality I need — from this initial storyboard, through detailed pencil sketches, colour roughs and on to finished paintings. 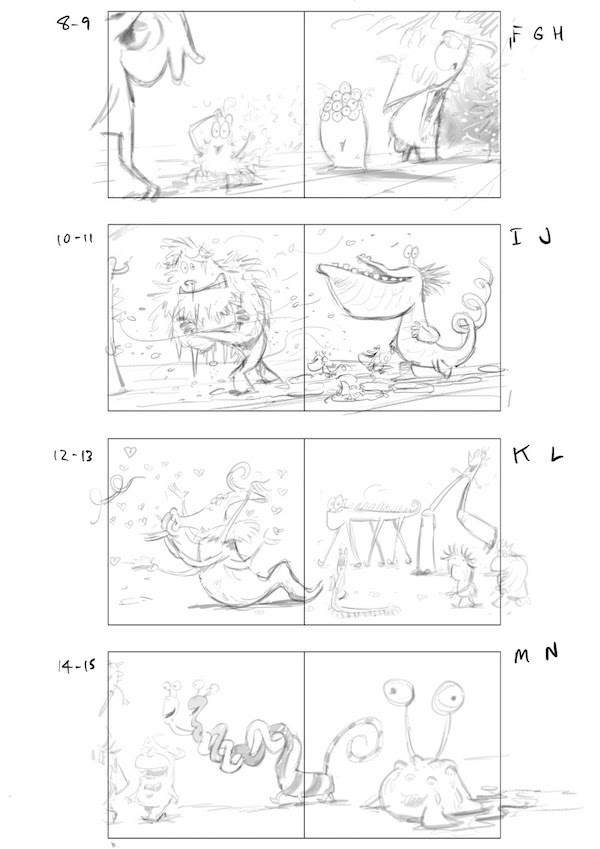 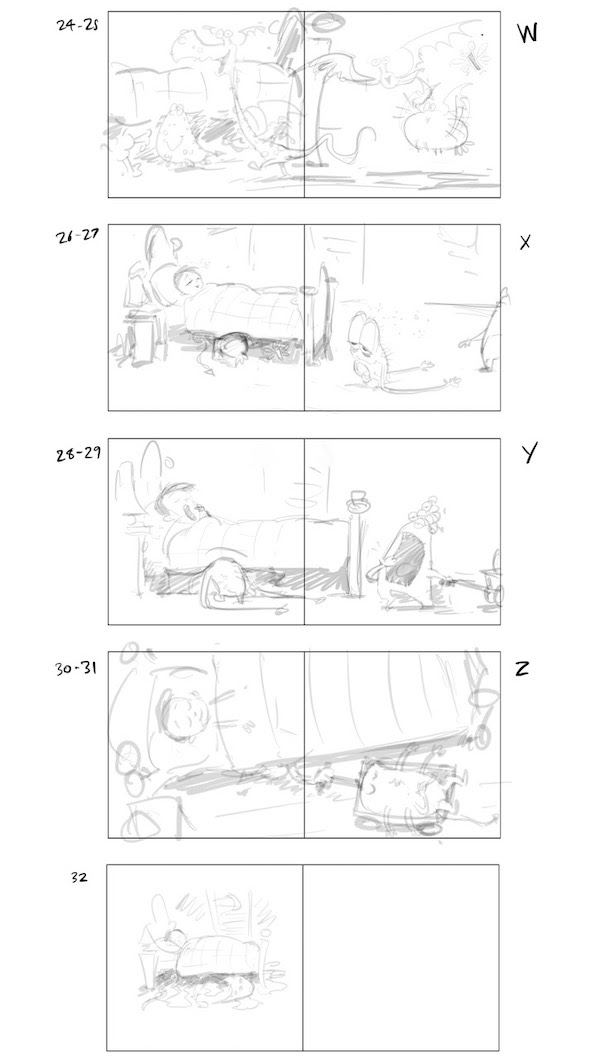 e: What was your path to publication?
Howard: I took a rather unconventional route into illustration. Although drawing and painting continuously for as long as I can remember, I began my career (after an English degree) as a financial journalist in London. The editor of Taxation magazine, just over from my desk at Pensions World, was struggling for a picture idea for his cover one week. He’d heard about my artistic background from my editor and wondered if I might try something out for him. He liked it, so it was the first of many more. Before long the editors of other magazines in the building were coming to me when they too were struggling for ideas, and I began building a freelance illustration career on the side. One of my magazine illustrations, for an article on what was then called “sustainable and responsible investment”, was a monster standing on a chair, terrified of a mouse with a placard. 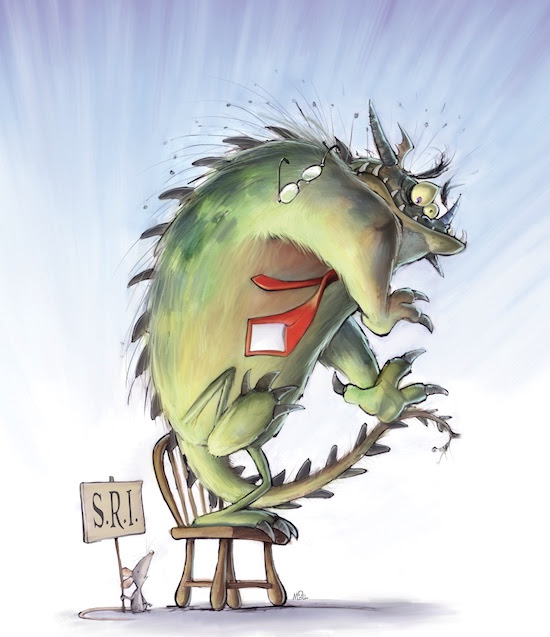 I put this onto the portfolio website childrensillustrators.com, and was delighted when it led the editor of Flashlight Press to contact me asking if I wanted to illustrate a book about monsters under the bed. It was my first picture book, and was successful enough to spawn several sequels, including the latest — “D is for Drool”. It also brought me into the world of children’s publishing, and led to work from the likes of Scholastic, Bloomsbury and Penguin RandomHouse.

e: Is there a unique or funny story behind the creation of this story?
Howard: Not necessarily a unique story, but occasionally I can get so absorbed in experimenting and creating monsters that it takes my editor, Shari, to point out that I’ve drawn a configuration of shapes that perhaps resemble body parts we don’t want to depict or could otherwise be considered somewhat obscene!

e: LOL! What do you think makes an illustration magical, what I call "Heart Art” - the sort that makes a reader want to come back to look again and again?
Howard: Perhaps the most important part for me is imbuing every character with a sense of personality and agency, giving them the right expression for each moment and making them seem “real”. With my usual style, that involves giving them a sculptural solidity, and to this end mood and lighting are also significant. I create quite a three dimensional environment, filled with real objects — details of which I hope children will enjoy looking at (otherwise it was a waste of time!). In the I Need My Monster books, the monsters themselves often provide their own lighting, and their colours lend a glow to the room. This was one way to give some variety when the story is often set in an unchanging location — Ethan’s room and bedside. But I think this sense of a colour glow may also give the characters a deeper appeal. 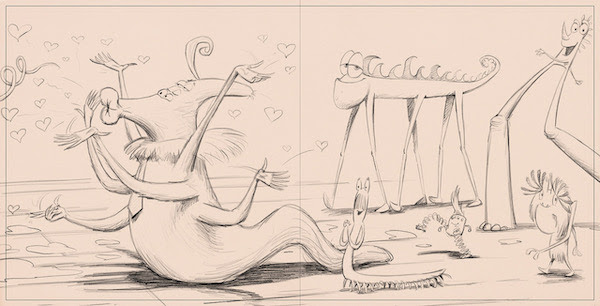 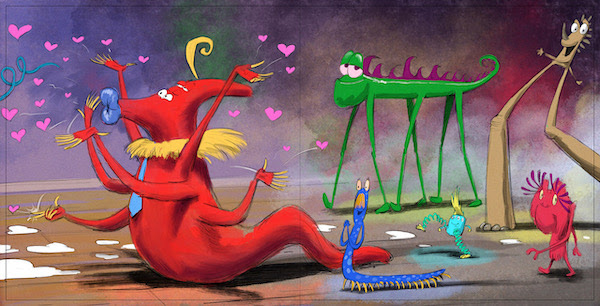 e: How do you advertise yourself (or do you)?
Howard: I advertise in Workbook, the printed illustration catalog for art directors that comes out twice a year. Aside from that, my only publicity is my website and my instagram page (@howardmcwilliam), where I post my finished pieces as well as time lapse videos of their creation.

e: What is your favorite or most challenging part of being a creator?
Howard: I particularly enjoy the constraints of the job: having to convey a message or story within a limited layout, be that around the headlines and design of a magazine cover, or alongside the words of a children’s story. Deciding on the key moments to show (before, during or after the described action?), arranging it around the text and making everything flow naturally from left to right. For me, limitations — including deadlines! — are a crucial part of creativity. It’s hard to be so prolific if left with blank paper, no brief and limitless time. 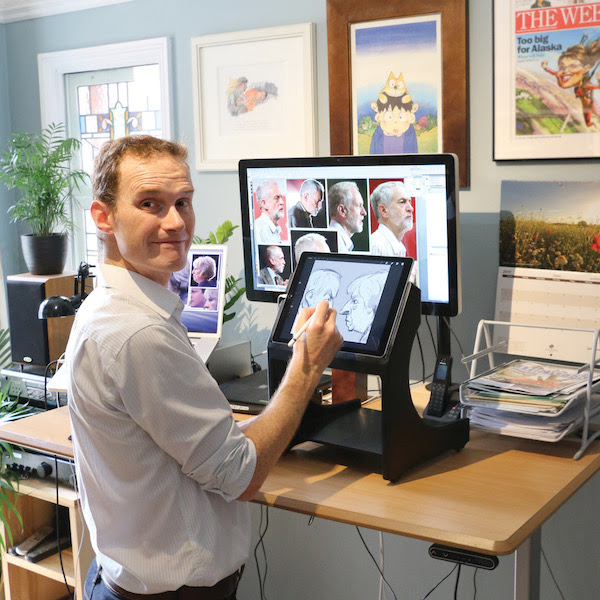 e: Is there something in particular about this story you hope readers will take away with them, perhaps something that isn’t immediately obvious?
Howard: It may seem counter-intuitive that monsters could help you fall asleep, but they really can! It was fun creating monsters to personify “Yawn” or “Exhausted”, and I hope children may start to feel a little sleepier as they near the end of the book. 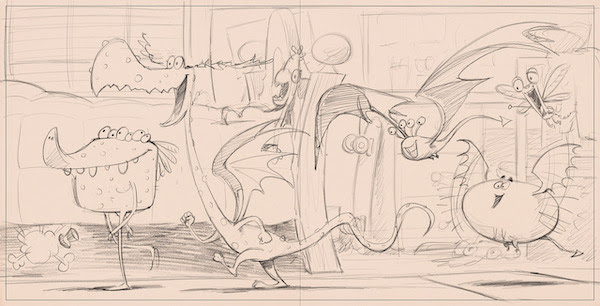 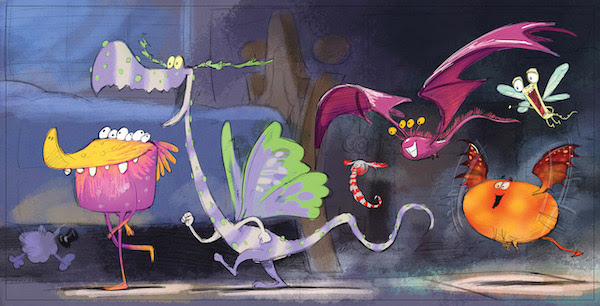 e: What are you working on next or what would be your dream project?
Howard: I’ve just finished illustrating a children’s book by the retired U.S. Navy Admiral William H. McRaven. It’s a children’s adaptation of his #1 NY Times bestseller Make Your Bed: Little Things that can Change Your Life… And Maybe the World — and features a Navy Seal (that is, the animal!) called Skipper. My dream project would be to illustrate a story I’ve written myself one day.

Love the sketches, process and final images -- great energy in these images. What a great story of the advertising art catching the eye of the children's book editor. Can you share: what is the excellent stand that Howard has holding his iPad Pro? It looks so much sturdier than anything else I've seen, thanks.