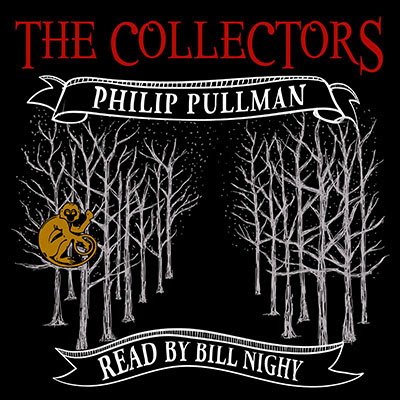 Fans of Philip Pullman's ‘His Dark Materials’ trilogy can return to Lyra’s Oxford this January, as Audible.com offers members an exclusive new short story written by Philip Pullman and performed by award-winning British actor Bill Nighy, best known for his performance as Billy Mack in Love Actually and his portrayal of Davy Jones in Pirates of the Caribbean: Dead Man’s Chest and Pirates of the Caribbean: At World’s End.

The Collectors is an original short story by one of the most well-loved and admired British novelists of recent times. Set in the Senior Common Room of Oxford on a dark winter’s night, The Collectors follows the conversation of a pair of new characters, Horley and Grinstead, as they discuss two new works of art that Horley has added to his collection. Little do they know that these pieces are connected in mysterious and improbable ways, and that both of them are about to be caught in the crossfire of a story that has travelled through time and between worlds.

The Collectors marks the first time that Pullman has returned to the universe he created for the beloved His Dark Materials trilogy since the publication of Once Upon A Time in the North in 2008. Written exclusively for Audible as a standalone story, it introduces new listeners to the His Dark Materials books, while revealing a little something extra to fans of Lyra and her world.