Today I welcome one of my colleagues at Hollins University, Alexandria LeFaye, who is celebrating a book birthday. She's here to talk about PRETTY OMENS. Take it away Alexandria... 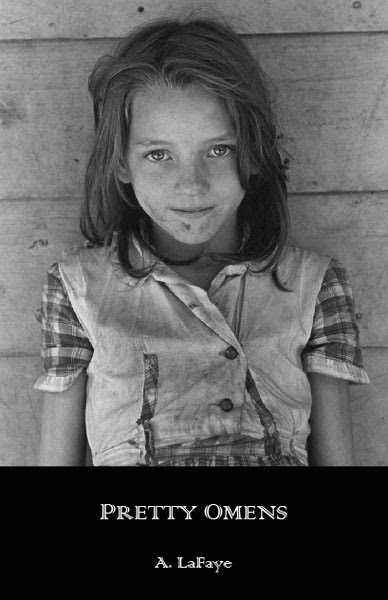 Following the Signs: The Beginnings of Pretty Omens
by Alexandria LaFaye

I blame boredom and Paul Janeczko for the beginning of PRETTY OMENS, my new book with Anchor and Plume press. Okay, so maybe I should say that it was really my penchant for snooping while I'm waiting for a friend (sorry) and the fact that Paul gave me permission to write a novel-in-verse.
Here's how it happened, I was waiting for a friend to get ready so we could go to an event–probably a reading, but sadly, I can't even recall which friend it was. If you're that friend, feel free to remind me where we were headed that night. In any case, this word-loving friend had a word-a-day calendar of archaic words and had pulled off a stack of days/words to "catch" and left the stack in a bowl nearby, so I started leafing through and found "cried back" a set of words meaning to cry so hard at the death of a loved one that the dear soul is brought back from the dead.
This folk belief is probably a response to near death experiences where someone "came back" from the brink of death only to be altered by a lack of oxygen. As I learned when I researched the belief, many people believed those who were cried back were touched by the devil. People saw death as a part of God's plan and altering that plan meant opening the person up to temptation. Often, those who came back returned different (probably a result of brain damage). In any case that idea inspired me to write a book about a girl who was cried back and then shunned by her community because they feared she was touched by the devil. She was touched all right, but by God and given the gift of prophecy. The trouble was, like Cassandra from Greek mythology, no one believed the girl when she warned them what was coming.
I imagined that she'd draw the demons as they came to her, so they became "pretty omens."
I tried unsuccessfully to write the book again and again. I knew I wanted it to happen in the South at the turn of the 20th century or even the roaring twenties, one of my favorite periods. Why the South? It's steeped in Christian and folk beliefs that often intertwine, and when I worked on the book I always heard Appalachian folk songs in the back of my head. Setting and premise aside, the piece never came together until I had dinner with the poet Paul Janeczko. He was about to give a reading and talk for the graduate program in children's and young adult literature (and now illustration) at Hollins University (It's a great program, check it out.)
Paul planned to talk about his book Worlds Afire, which I love. And though it's often called a novel-in-verse, it's really a collection of poems on the same event. That night, at dinner, I told him about the trouble I was having with my book. He suggested that I give it a try as a novel-in-verse. When I asked him if he thought I could really pull that off, he said something along the lines of, "Sure, why not?"
Why not, indeed. I sat down shortly thereafter and crafted the first poem "Moon Baby" and Cass Anne Marie Pettibone was born--literarily, of course. 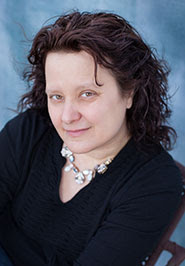 Things worked out pretty well in the end. Turns out Paul was right. I could write a novel-in-verse. Here's what he had to say about the finished product:

"In LaFaye’s strong, fast-paced novel-in-verse, the voices of her characters ring true, the language dazzles, drawing the reader into Cass Anne’s story of love and redemption, religious intolerance, and belief."

So the moral of this blog is never leave an author unattended in your front room and don't wait for permission to try a new form.
Speaking of new things, you'd like to order a copy of PRETTY OMENS, please do: http://anchorandplume.bigcartel.com/product/pretty-omens. And read more about the origins of PRETTY OMENS at Goodreads.
at July 23, 2015

Pretty Omens sounds like a wonderful book. I love the story of how it was born. Thanks for an interesting post. I will be looking for the book.