Yes, they really do wear them here. I've been trying to collect random shots to prove it, which is actually rather hard to do as they are usually passing me on the sidewalk and I'm just not that fast with my camera phone. At any rate, I did collect a few. Here's my documentary of my first three months in Scotland, via kilts.
The old men and wedding party members in kilts you might expect. I stopped both of these fine gentlemen on the sidewalk and took their pictures with permission. The first was heading to some sort of ceremony at a local, ancient church near Greyfriar's Pub. (I LOVED his bright yellow, purple, and blue - worn with pride!) The second gentleman was on Albany Street near our neighborhood. He was going to a wedding. You see a lot of that here - whole wedding parties wearing formal, matching plaids. It's quite a sight - so handsome! (And if you're really lucky you'll see the horse and carriage too - matching steeds in ostrich feathers - stunning!) 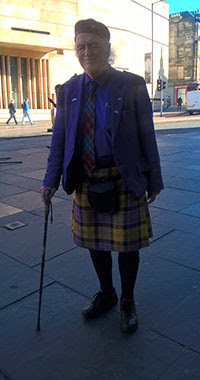 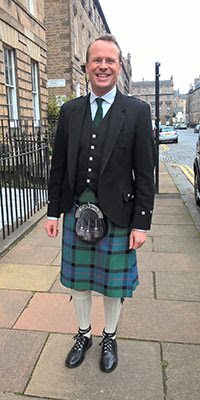 I often see older men in full regalia on what seem like perfectly normal days. 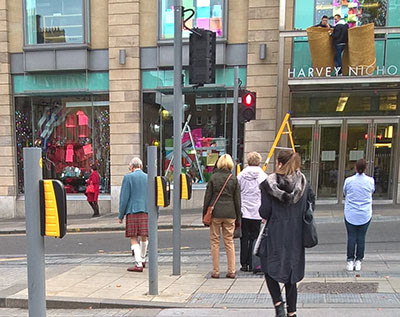 Then there are the average kilt wearers - like Rugby players. These were walking in front of the College of Art on Lady Lawson. 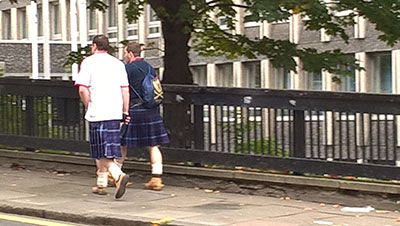 And the random Scottish dude - wearing a kilt because, y'know, he's just Scottish and all that. This one passed me on the sidewalk on the way to school one day on Lothian Road. 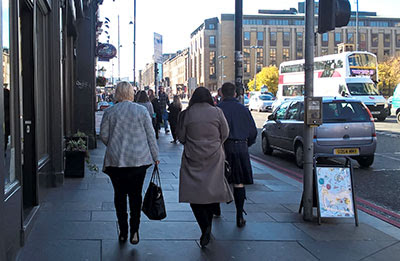 I'm sharing these now because the weather has recently taken a turn and legs are obviously getting cold - on the men at least. I'm not seeing as many kilts as I did just a few weeks ago, although I still see plenty of heels and tiny pumps on the women. (How DO they do it!?)
At any rate, I do love the kilts. Scottish men have great legs - and it takes a macho dude to make a skirt kilt look sexy. They all work it well. I enjoy the kilts - like this one spotted while heading home towards Broughton one evening. 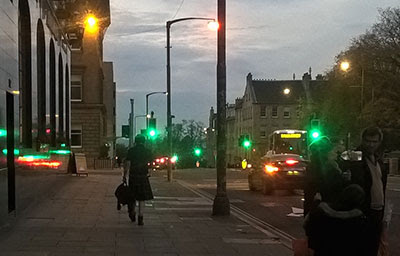 So exciting to see all your plans come to life---love reading your posts on this big adventure.

Thanks for showing kilt candy. I was so happy to see a good friend appear not long ago at my birthday party in one. Added bonus...he has great legs. Love reading about your projects. Sounds like you're on a high creative wave.

You know in the 2 times I've been to Scotland I've barely seen any kilts, so I'm glad to see you've had more luck!