Thursday was the Bookmarks event at the Edinburgh College of Art. My fellow classmates have been panicking for days preparing for it. 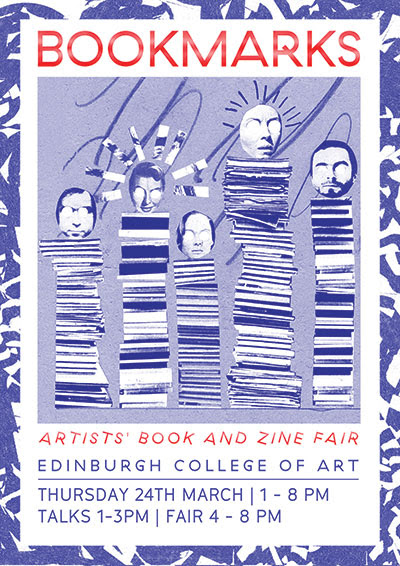 I decided to just observe this year mostly because I'm also trying to put together my PhD proposal instead. But I did get to enjoy! Here was the sculpture court as folks set up. It got insanely busy later. 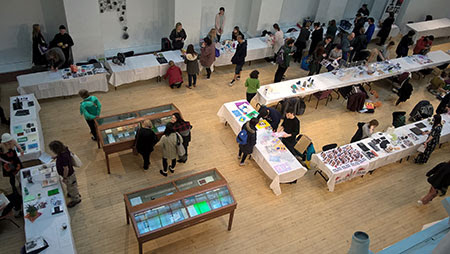 Lectures began at 1:00 - speakers were bookmakers, museum curators, printers, and professors from other colleges. It is amazing what a book can be, so much more than we initially assume! Here's a good example. Sorour Fattahi did the most amazing things with the book form: 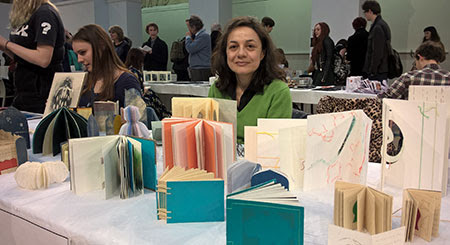 I got so inspired by what people showed. My favorites were collograph pieces by Anupa Gardner - GADS! And first year illustration students had made some stunning mini woodcut books. 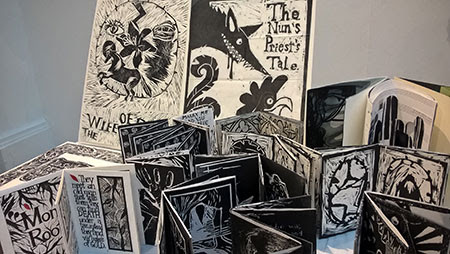 My friend Sara did well, and I bought a diary from her. 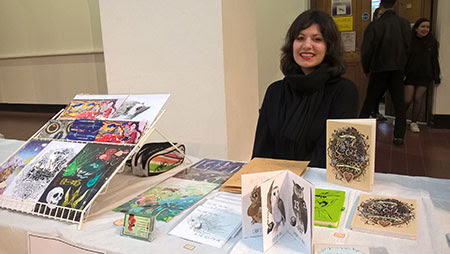 And all my fellow post grad classmates did well too. Look at the spread! 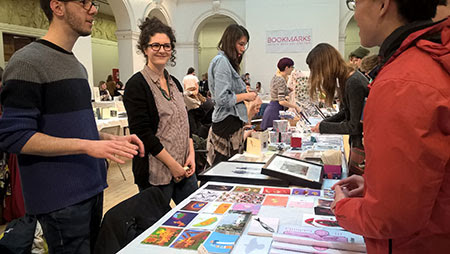 I was so proud of them! Here are Karin, Catherine and Sarah - good job, guys! 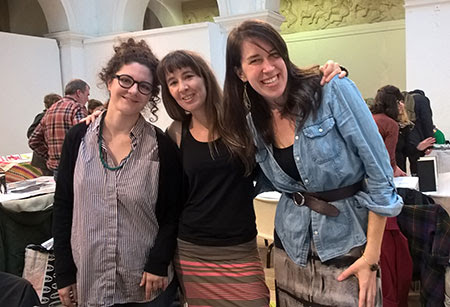