The Pitt in Edinburgh

The other day Stan and I had lunch at Earthy down in Cannonmills. I love it! But as we were finishing our meal, who should be walking by but our friend Blythe! We'd just had dinner the night before. He was on his way to a gourmet truck food market and invited us to join him. As the creator of Lunchquest, Blythe has the corner on all things foodie in Edinburgh, so even though we'd just eaten, we had to go!
It's called The Pitt and it's tucked into an old mechanic yard. 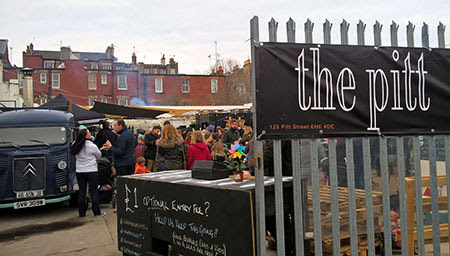 Despite only its second weekend, word is spreading among hipsters and foodies that this is the place to be!

For one thing, the food is amazing. 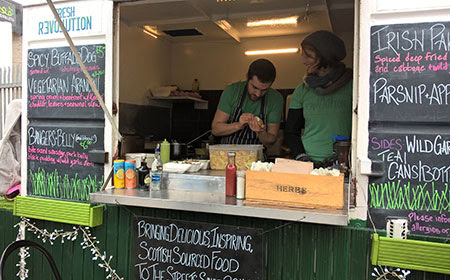 I had hot chocolate made by a bicycling barista. Seriously, the whole thing was set up and encased around a bicycle. 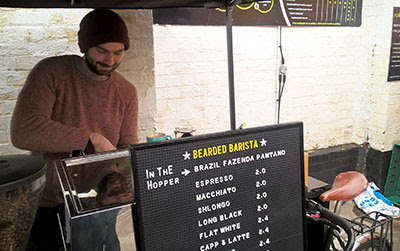 Stan broke down for a margherita pizza at the pizza truck. 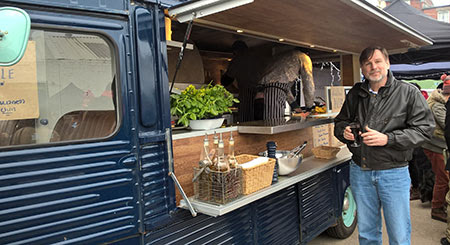 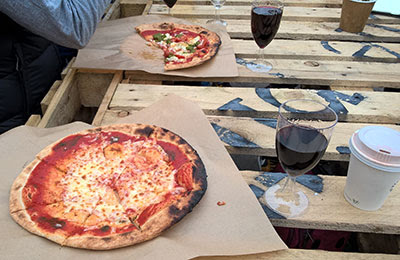 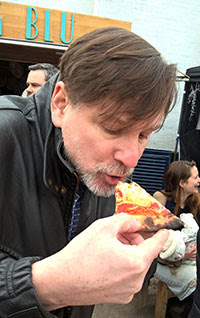 I mean, how can you say no to a pizza truck with it's own pizza oven built into it? And rather than parmesan cheese on top, the pizza truck offered arugula as a lovely garnish. There was also a cocktail stand, and a wine stand, and a cheese stand nearby. Palettes were turned into tables and old car seats turned into living rooms. Burning rubbish barrels kept everybody warm. 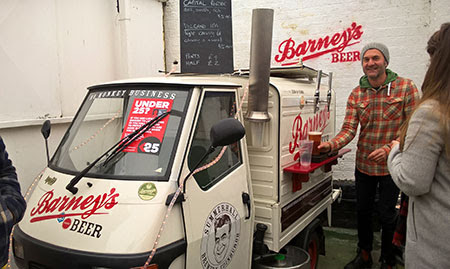 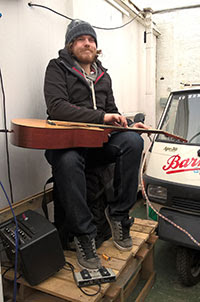 The beer truck was adorable - all the food trucks were. And next to the beer truck a fantastic musician played slap guitar - Dave BeMac. Click his name to have a listen on Facebook or CLICK HERE to listen to him on Soundcloud. 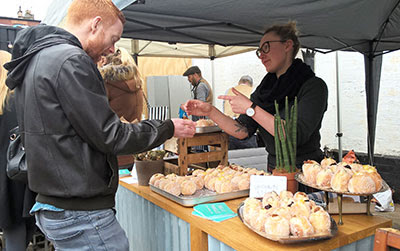 There was a stand selling home-made donuts (sadly, not gluten free - although perhaps that was for the best), and another selling soups which will be the main reason I return. 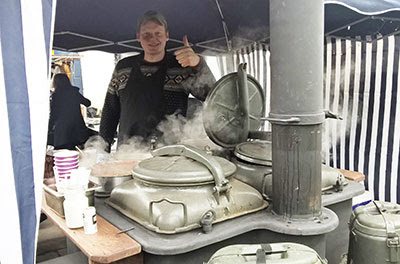 The whole place was so quirky, cute, and just crowded enough. 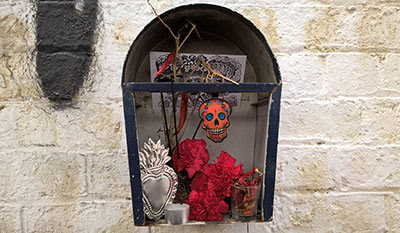 Stan and I hope to go again next time The Pitt pops up! And maybe Blythe will be our gastronomic muse once again. Cheers! 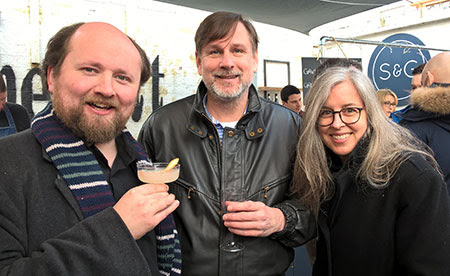