A bike for Stan

If you've followed me for a while, you know that my husband is a wheels kind of guy. Bicycles, motorcycles, cars - it doesn't matter. The man is better on wheels than on his own feet. As long as I've known him, he's owned at least one motorcycle and gone riding pretty much every weekend...until we moved to Scotland where we don't own any wheels at all! Which is why it's pretty exciting that we've finally gotten him a bicycle with which to explore Edinburgh. Here's his new bicycle. 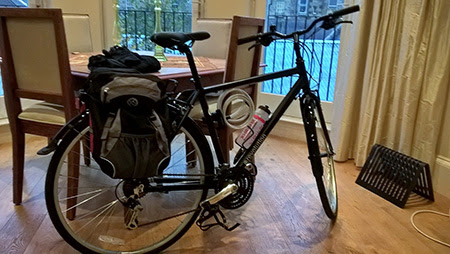 Edinburgh is riddled with former train tracks that have been turned into pathways for walkers, joggers and bicyclists. The best maps of bike-safe trails is from Spokes. The purple lines are the trails.

So, Stan headed out this morning to begin his adventuring. And he's sending me incredible photos. 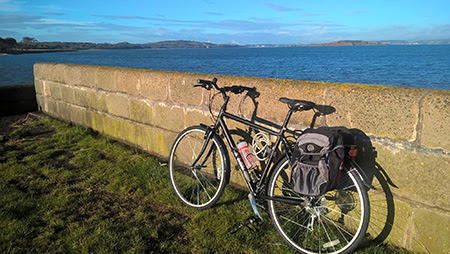 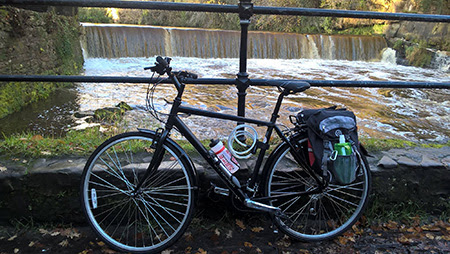