I keep promising to write more about my PhD studies, so here I go. Terri Windling recently wrote an article called "Hen Wives, Spinsters, and Lolly Willowes". I had never read Lolly Willowes, and as the title of my PhD thesis is "Tricksters, Witches, and Warriors: Rewriting a Patriarchal Narrative in Children's Literature", I had to check it out! 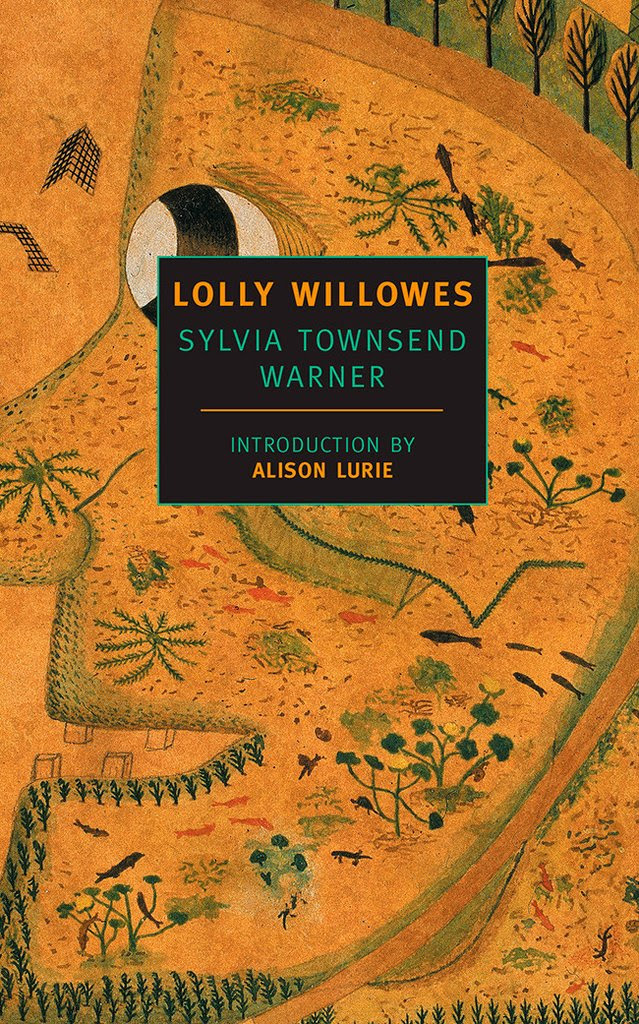 Lolly Willowes was written by Sylvia Townsend Warner and was first published in 1926. Most recently it was published by Virago and remains a feminist classic to this day.
On its face, it is the story of the evolution of a spinster into a witch. However, it is a thinly veiled cover for a woman finally coming into her own agency, her own voice, authority, validity, etc. She does not find her empowerment through a man or through marriage. (Although, I would argue that her allegiance to The Devil could be thought of as this marriage or deferral to a patriarchal authority.) Her discovery comes through a solitary exploration of nature, simplicity, and the disregard of social expectations. As Warner writes: "It is best as one grows older to strip oneself of possessions, to shed oneself downward like a tree, to be almost wholly earth before one dies" (Warner, 2012, p106).
And while the story labels Lolly's self-discovery as the path of a witch, what woman hasn't come into her own agency in mid-life, following a similar path? Think of the Red Hat Society, Steele Magnolias, or any number of explorations of women past their 'prime', embracing their worth and shouting out to the world, "I don't care what you think!"
These journeys of self-empowerment were once taboo and were regarded as women led astray. When in actuality, it was intelligent women disregarding the legitimacy of patriarchy and claiming their own paths. The only danger that lies in that exercise is the light shed on the patriarchy that would keep women subjugated, obedient, and silent. In our modern world, this exercise is called enlightenment, or feminism. Yet in Lolly's world, it was called witchcraft.
There was the henwife who "held their destinies in the crook of her arm, and hatched the future in her apron" (Warner, 2012, p146); the spaewife who "sat on a creepie and stared at the smouldering peas till her eyes were red and unseeing" (Warner, 2012, p147); or the witch, of course. Of women who become witches, Lolly said, "Women have such vivid imaginations, and lead such dull lives. Their pleasure in life is so soon over; they are so dependent upon others, and their dependence so soon becomes a nuisance" (p234). Truly, who at this 'coming of age' hasn't felt the creeping on of invisibility, of the impotence of societal purpose, or the urge to throw care to the wind, when society seems to give so little care back? Lolly says that witches are simply "women living and growing old, as common as blackberries, and as unregarded" (p234). . . "And all the time being thrust further down into dullness when the one thing all women hate is to be thought dull" (p235). . . "they are like trees towards the end of summer, heavy and dusty, and nobody finds their leaves surprising, or notices them till they fall off" (p236).
Indeed, we are supposed to go quietly into the night. Society doesn't like vocal women who take control of their own fates.
It is represented again and again in my studies. Women demonstrating the same traits that are regarded as positive in male figures are regarded as negative in females. Male figures with certain characteristics are called tricksters, females with those same characteristics are called witches. Women are denigrated for showing characteristics of self-empowerment, self-actualization, or influence.
Lolly accepts her evolution into witchdom and embraces it as a change that brings her closer to nature - externally and internally - and brings her a great sense of peace in that she feels she is no longer existing to serve others (although, again, one could make the argument about her serving The Devil). It's the patriarchal framing of 'undesirable' traits as negative, alternative, or evil.
And yet, by the end of the book, Lolly is most at peace embracing her most 'undesirable' characteristics, for that is when she truly feels her POWER. Because, as Lolly says, "Some [women] may get religion, then they're all right, I expect. But for the others, for so many, what can there be but witchcraft? . . . Even if other people still find them quite safe and usual, and go on poking with them, they know in their hearts how dangerous, how incalculable, how extraordinary they are" (p237). . . "to have a life of one's own" (p239).

Have you read Lolly Willowes? I'd love to read your thoughts below!

I hope I can find a copy of this book! I certainly understand how she feels. At 66, I am loving my life, and while I do not see myself as a witch, I relate closely to the meme "I am the dragon, and my voice is filled with fire." Sounds like basically the same thing?