Illustrator Talk for CROW NOT CROW

The gallery show went up Thursday in time for my Illustrator Talk celebrating Crow Not Crow on Friday. While sign-ups were vigorous, I was a little worried when it came time as the trains between Edinburgh and Glasgow were in complete dissaray. It took Stan and me three hours to get to Glasgow, when it usually only takes one and a half. UGG! 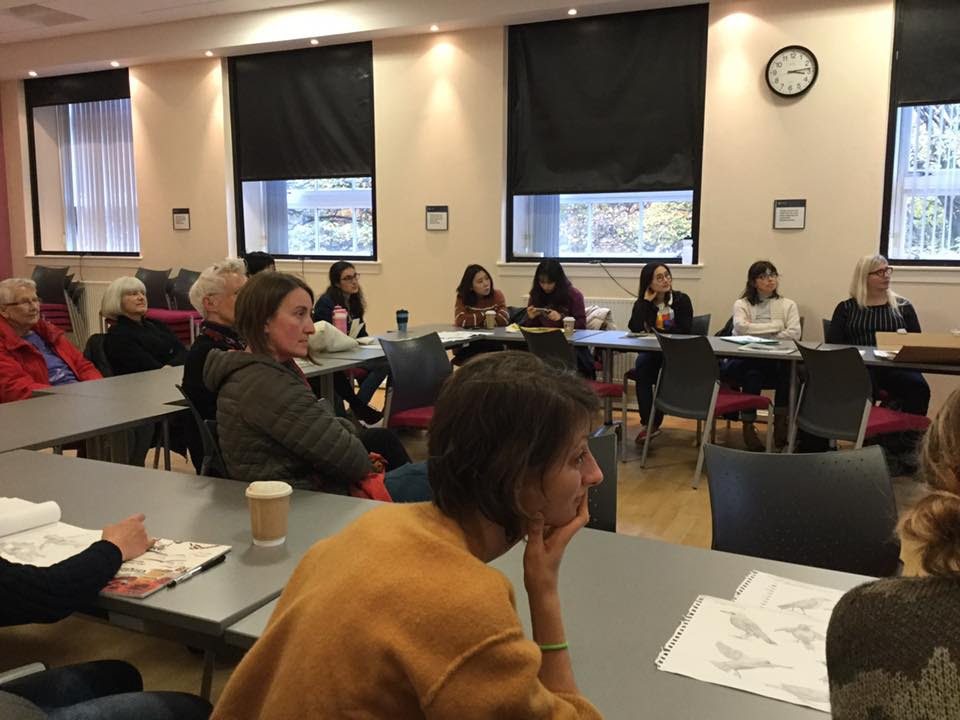 I needn't have worried, it was a great turn-out! Several of my students were there, some folks from SCBWI, fellow PhD Researchers, and even creator friends Kate Leiper and Vivian French came all the way from Edinburgh to support me - thanks, guys! 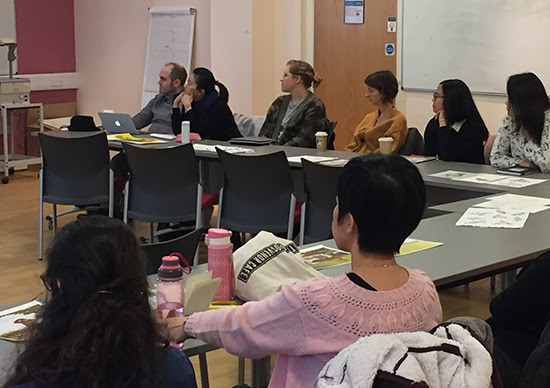 I opened the talk with Mary Martin singing "I Gotta Crow" from the Broadway version of Peter Pan from 1956 as it seemed appropriate. (And we've been studying Peter Pan in our "Texts for Children" course.)

After that I shared the inspiration behind the book by discussing the history of bird watching between both Jane's family and mine, sharing Jane's Caldecott-winning Owl Moon in which her daughter, Heidi Stemple was the model. In fact, Jane's cousin Janet was there - what a treat! (She lives in Glasgow.) 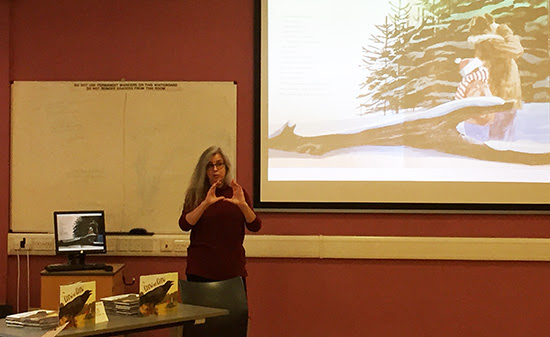 I shared more work from the book and talked about the process of illustrating it, from sketches to storyboards to painting. 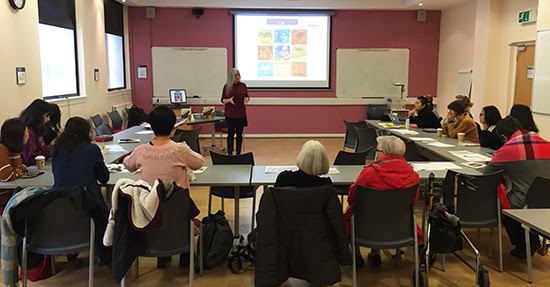 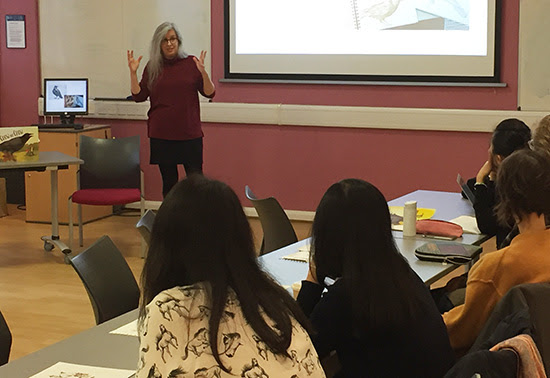 I talked about how I determine the light sources at the outset, then color scripts to determine the color of the sky at the various times of day. 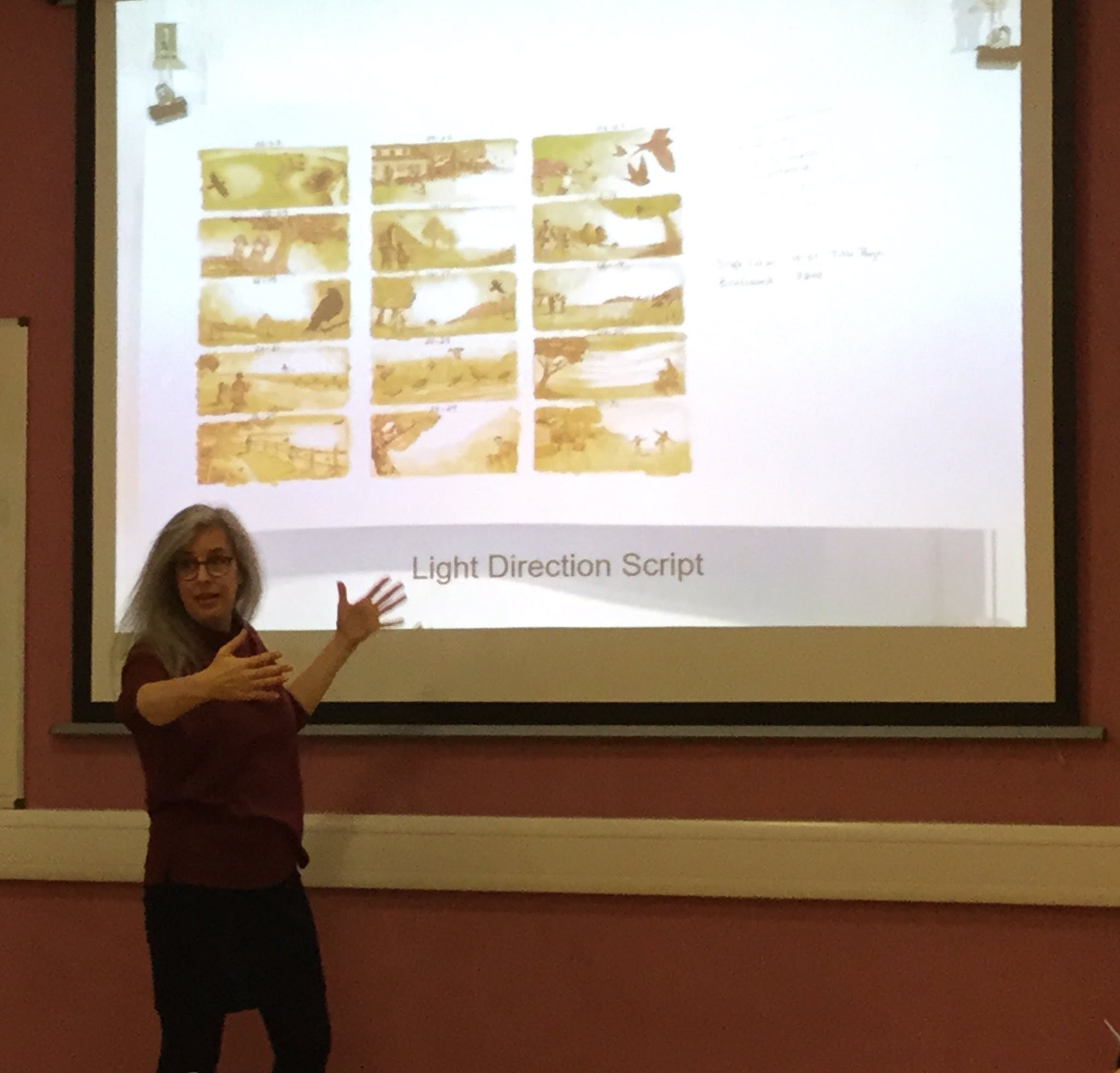 There were lots of great questions, which is my favourite part. Then we went to actually look at the show, where folks could see the original art up-close and personal. 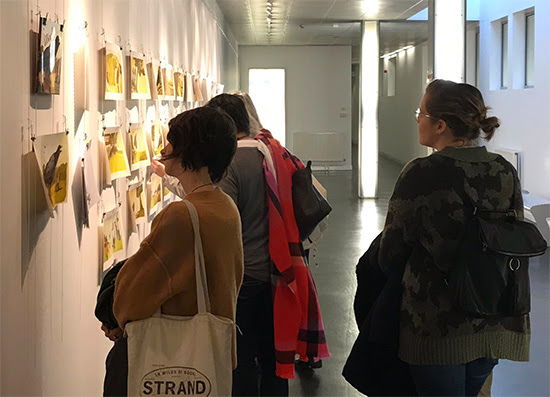 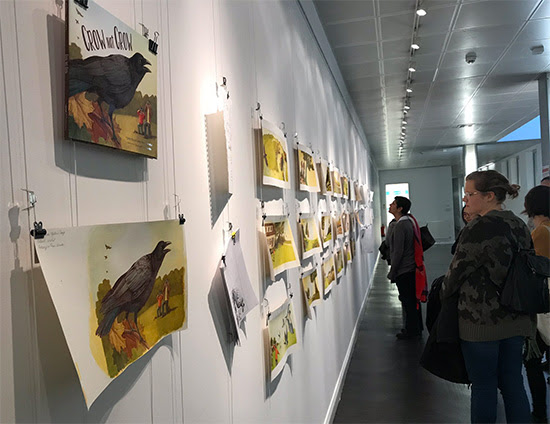 The Glasgow reporter took pics to share online. Here's me an Viv. 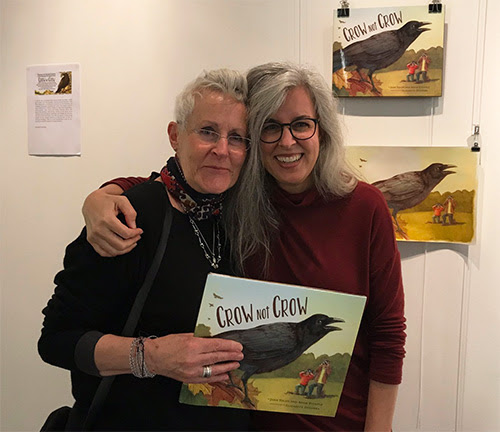 And I sold and signed several copies of the book after that. The whole thing was a wonderful success and really couldn't have gone any better - except for the trains. No matter. It gave Stan and me an excuse to get a celebratory dinner in Glasgow while they worked out the kinks for our ride back to Edinburgh, where I promptly fell over and had lovely dreams about birds... THANK YOU again to Mona, Maureen, and Sissi for helping to make the event possible!
at November 04, 2018