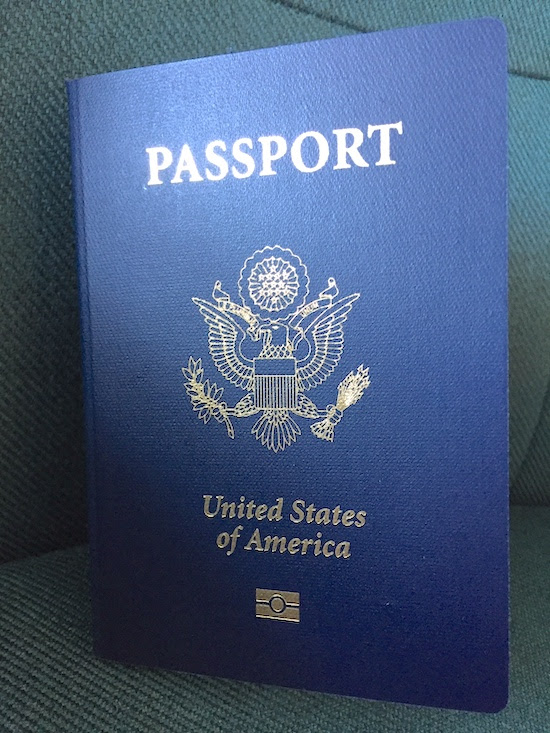 My new passport just arrived. I got it renewed on the off-chance that I'll need to travel to Scotland to defend my PhD Thesis (called a dissertation in the US) - otherwise known as the VIVA. While it's unlikely traveling will be an option at that point, I also make a point to always have an up-to-date passport, and have since I was a teenager. They become wonderful souvenirs of the adventures I've had in my life, and they also allow me to travel overseas on the fly, which I have also done. (I do hope the government will send my expired passport back to me with all the wonderful stamps in it - it wasn't with the new one.)
However, there was a change on the new passport that I don't like, but which I think speaks to the times we're in. I wasn't allowed to smile in the photo. Trust me, I tried to. And twice, the computer (at CVS) sent the message of "not acceptable." Maybe the rule was in place before computers became part of the process, and I just got lucky before. But I think it's sort of sad.
It seems to imply that you won't be smiling when people are checking your passport, and therefore, you shouldn't be smiling in the photo. Is it a commentary of the visa check-points? The long lines in the airports? The nervousness you might be experiencing when showing your passport? I hope not.
At any rate, getting a new passport is still thrilling. It's good for ten years... ten years! I wonder where I will go in that time, what stamps I will collect, and what my life (and I) will look like ten years from now when I get a new passport!
at November 16, 2020