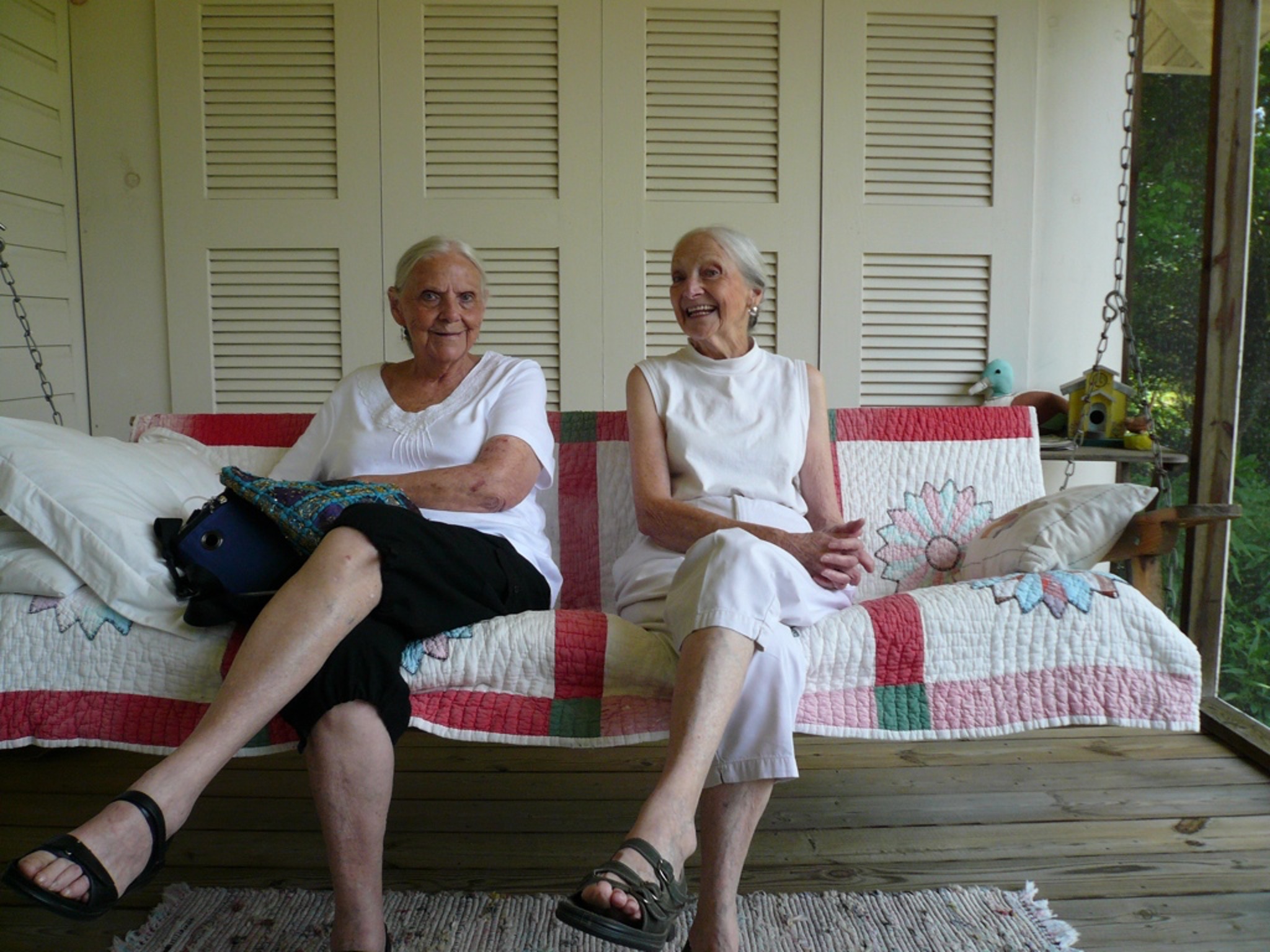 My dear friend Doris Abernathy (on the right) passed away just before the New Year at the age of 94. My novel, A Bird on Water Street is dedicated to her and her sister Grace Postelle (on the left), who sadly passed before the book was published in 2014. 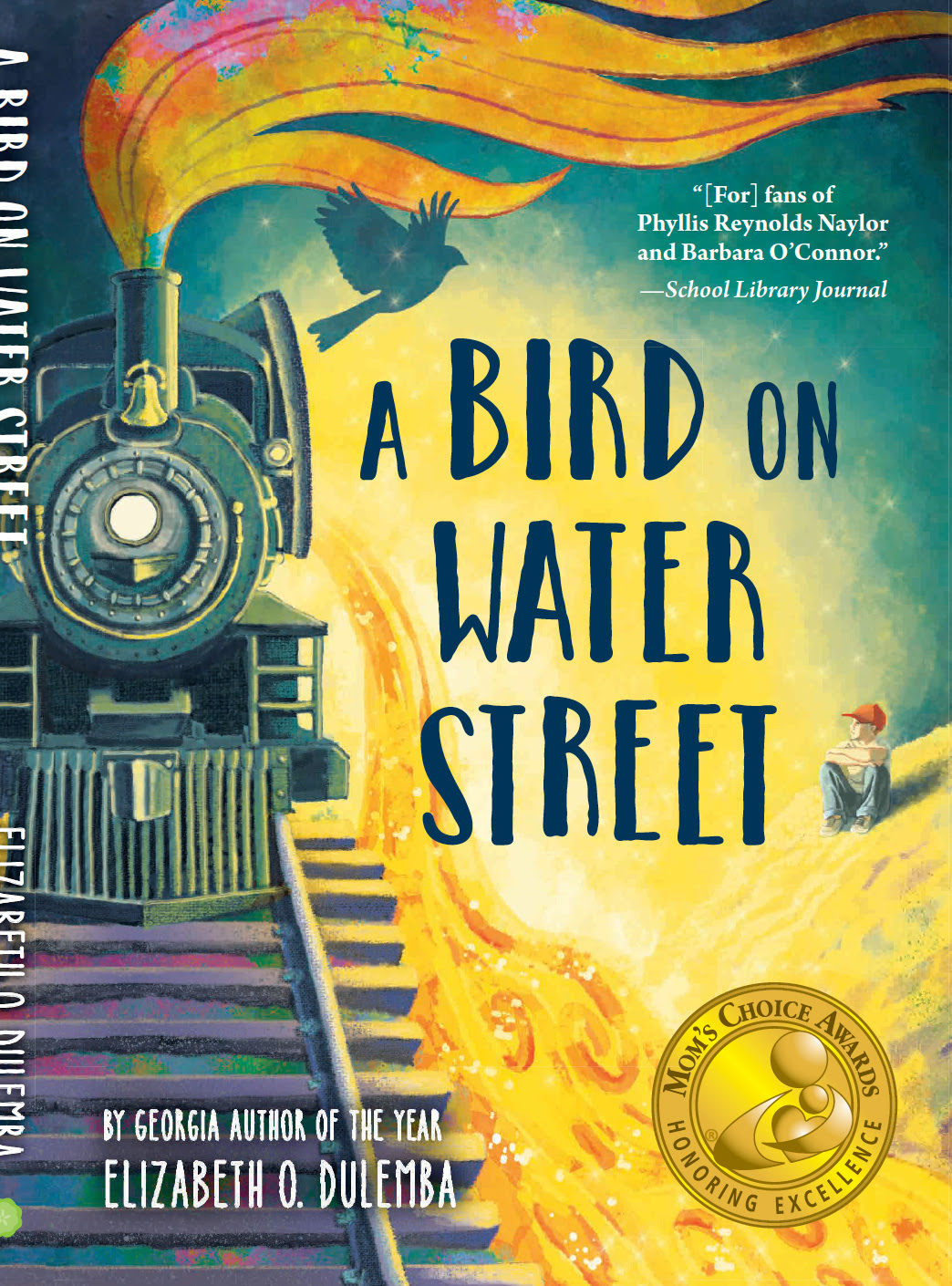 I wasn't going to let Doris leave us without reading the story, so when she broke her hip several years ago, I drove to the Blue Ridge Mountains and read the book to her while she healed. I was honored to be one of the few guests she let see her, let alone hang out with her, when she was bed-bound. As I read it and we shared the story, I was reminded how integral she had been to the creation of the book. Truly, her own stories were woven throughout A Bird on Water Street. When the book was finally published, Doris was with me for almost every book signing from Benton to Copperhill. (You can see fun photos here.) She lived an amazing life and I was honored to know her; but it's always sad when our world loses one of its brightest stars.

Dear Doris, rest in peace, kind soul, and know that you left lots of ripples of love behind you.

There was a lovely piece written up in the Copperhill Facebook group, written by Harriet Frye (shared with permission):

In the early hours of December 30, 2021, with her son Chip at her bedside, Doris Helen Quintrell Abernathy passed peacefully into the next life. She was 94.

Doris arrived in this life on November 27, 1927, the third child of William Henry Quintrell and Nell Fry. She claimed that it was so cold at the time, her father had to break up the ice on Fightingtown Creek so that they could boil water for washing her diapers. It was a good story, like so many of her stories, and she stuck to it. She always referred to her childhood as “growing up at Number 20,” the inactive copper mine on Fightingtown Creek where her grandfather, John Henry Quintrell, had worked as mine captain in the late 19th century.

By the time she reached her teens, Doris had already become imbued with the sense of civic duty, combined with an unconquerable sense of adventure, that would define the remainder of her life. During World War II, she and her older sister Grace left home to take jobs at the Bell Bomber plant in Marietta, where one of Doris’s duties was to show visiting dignitaries around the site. Yes, she did that, at the age of 16. And she came home with Bob Hope’s autograph to prove it.

On April 15, 1945, with the war winding down, she embarked on a new adventure when she married Carl Otis Abernathy Jr., who would forever be known to his family and local friends as Little Carl to distinguish him from his father, Big Carl. A few years later, she gave birth to their only son, Carl Otis Abernathy III, who would forever be known as Chip – not because he was a chip off the old block, but because the nurses at Kennestone Hospital had dubbed him “Chipper” due to his bright and sunny disposition. In that sense, he actually was a chip off the old block, because “chipper” was also a perfect way to describe his outgoing and ever-optimistic mama.

Not long after Little Carl’s death in 1986, Doris embarked on yet another adventure: She bought the little house on the Toccoa River that had been built by her father in the 1930s and later owned by her in-laws, Carl and Louie Abernathy, and started making plans to sell her longtime Atlanta residence and move back home to McCaysville. When those plans were disrupted by the devastating flood of 1991, which rose more than waist-high inside her newly renovated home, she rolled up her sleeves and got busy renovating it all over again. Her favorite addition was the wide, screened back porch overlooking the river, which was also a favorite with the friends who loved to gather there. And they were many.

Doris hadn’t come home to retire. She had come home to be an active – and activist – part of the community she loved. As a great-granddaughter of one of the first Cornish emigrants to the mines of the Ducktown district in the early 1850s, she had a deep love of local history and a passionate determination to make her own contribution to the positive continuation of that history.

In 1991, she and her sister Grace were instrumental in helping visiting senator Al Gore understand the reasons why federal flood relief, which had been granted to the afflicted parts of McCaysville, Georgia, should also be granted to the equally afflicted parts of the adjoining town of Copperhill, Tennessee. The state line, they pointed out, was a concept that needed to be discarded in this instance. The same year, she and her friend Ann Williams almost singlehandedly organized a parade in honor of the returning troops from Operation Desert Storm – complete with paratroopers, a helicopter, and a special appearance by local hero Major General Edison “Eddie” Scholes, who had been in command of the first troops on the ground.

When whitewater teams from around the world began converging on the Copper Basin in preparation for the 1996 Olympics, Doris became a one-woman booking agent, opening her own doors to provide lodging and encouragement to the young athletes and prevailing on her friends and family members to do the same. Some of those athletes became her lifelong friends. So did several of the Hicks babies, who were taken lovingly under her wing when they arrived in town the following year in search of answers.

Doris was a lifelong Republican who cherished her friends of every political or philosophical persuasion. She was a true Southern lady, kind and gracious, but she was also a no-nonsense country girl with her roots planted firmly in the Appalachian soil. As her many friends could attest, she was fiercely independent; when she “took a notion” to do something, she did it. If she wasn’t in the mood, she didn’t.

Doris lived in her little house by the river until April 2021, when she moved into a little apartment at Blue Ridge Assisted Living. She loved it there, always praising the quality of the food and the kindness of the staff. But, then, she always loved being wherever she was. Which, in fact, is an almost perfect definition of who she was.

Doris was preceded in death by her parents; her husband and the love of her life, Carl Abernathy Jr.; her brothers John, Tommy, and Roy Quintrell; and her sister Grace Postelle. She is survived by her son Chip and his wife Margie; her grandchildren Sam and Callie; her great-grandson, Sam’s son Lakota; her sister, Sandra Finch; her brother-in-law, Lowry Abernathy; numerous nieces and nephews and their families; and the countless friends made throughout her lifetime who were always treated like family, too. (In this regard, if we failed to mention Dr. Stephen Treon, who was her trusted physician and friend for the last two decades of her life, she would almost certainly come back to haunt us.)

Due to current concerns about Covid-19, a memorial service for Doris is planned for sometime later in the year. The family has asked that donations in her memory be made to the charity of your choice. Rumors that she celebrated New Year’s Eve with Betty White cannot be confirmed. But it would surprise nobody if she had. 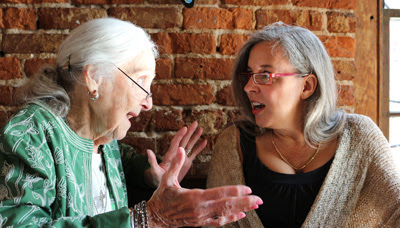 Email ThisBlogThis!Share to TwitterShare to FacebookShare to Pinterest
Labels: ABOWS