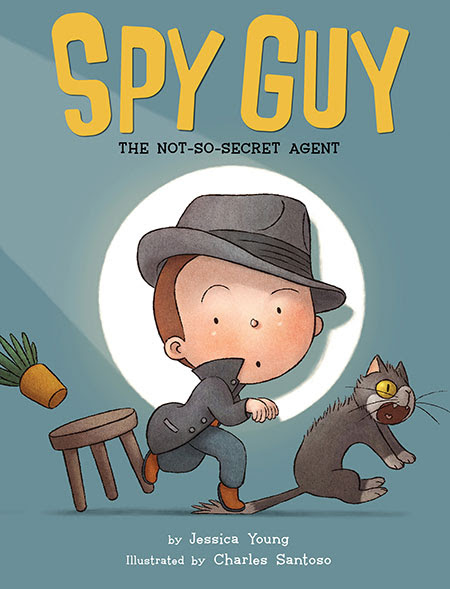 Spy Guy author Jessica Young and illustrator Charles Santoso had some questions for each other about their ideas for the book, their creative processes, and what's up next:

CS: Hi Jess. May I start with asking where and how did you get the idea for Spy Guy?

JY: Hi Charles! Originally, I'd been thinking about characters who have traits that make it hard for them to do the thing they want to do most—things that could work against them in a funny way. I'd also been toying with a concept about appropriate situations for being quiet vs. loud. So I tried putting those two ideas together. The first version I wrote was about a ninja (The Noisy Ninja), but eventually the story morphed into Spy Guy. 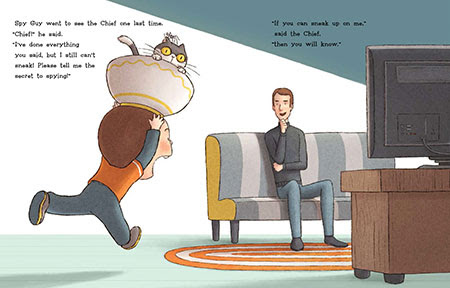 JY: Haha—yes! They could go sneaking together!

JY: My first question for you is: When you read Spy Guy for the first time, what were your thoughts? Did you get ideas or images right away, or did you have to sit with the story for a while?

CS: The first thing that I thought was . . . fun! The big connection that I had with the story was how Spy Guy keeps trying his best to achieve his goal. This felt familiar when I compared it with my path of becoming an illustrator. After I read the text several times, characters and scenes started to fuzzily form. One thing I was sure I wanted was for the Chief to be Spy Guy's dad. I moved to do some sketching after that.

CS: Was the process in writing this book different from your other picture book My Blue is Happy (which is fantastic btw) and your chapter book series Finley Flowers? If so, in what way?

JY: Thanks so much about My Blue is Happy! It seems like every book is different for me. Each one usually starts with an idea seed that I write down and come back to. Then it puts down roots and grows into a story, changing with each revision. Spy Guy and Finley Flowers both started with characters, and the stories grew from those. But My Blue is Happy started as a concept—that everyone has subjective color associations and sees the world differently.

JY: I really like the way you developed the father-son relationship in Spy Guy. I also love the classic-but-fresh-and-funny feel of the illustrations and how they bring Spy Guy's character to life. Can you talk a bit about your process and the media you used? 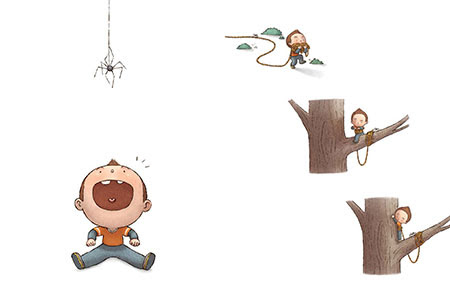 CS: I have different approach for each of my picture book projects. For Spy Guy, I wanted the look to be clean and modern as that felt more in line with the overall spy theme. I used Photoshop to do most of the work for this book but I use a similar approach to the traditional mediums to avoid creating work that is too ‘digital’ looking. This method along with the use of limited color palettes hopefully gives the book a more ‘classic’ feeling.
The process of making the book itself involved lots and lots of sketching to get to know each character more, trying out different layouts and scenes, collaborating with my lovely editor to get maximum impact for each page spread, doing the final drawing, coloring and after several months of hard work. . . viola! Done! :-)

CS: Can I shuffle back a bit to the beginning and ask what inspired you to be a writer? Did you like writing since you were a kid? And was being an author your dream then?

JY: I did like writing, but it wasn't something I thought about as a career. When I was really little, I wanted to be a tap-dancing/flight attendant/veterinarian! I was a counselor and art teacher for a long time before I started writing picture books. That interest was sparked when my first child was born and I started getting books for him. 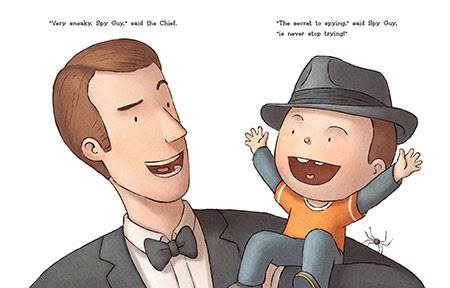 JY: Did you always want to be an illustrator? Or did that interest develop from other things?

CS: I've loved drawing since I was a kid but never thought that I could make a career as an illustrator. I studied design in university and went to work as a graphic designer for several years, mainly designing logos, websites and software interfaces. I was still drawing consistently on the side and tried to learn as much as possible through books and online tutorials after hours. I then got a break into the movie industry as a concept artist through my drawing portfolio, and six years later, a side adventure into the picture book world (which I totally LOVE). There were lots of ups and downs in the whole journey up to now, and there are still lots of things to learn, but like Spy Guy said the secret is to never stop trying! 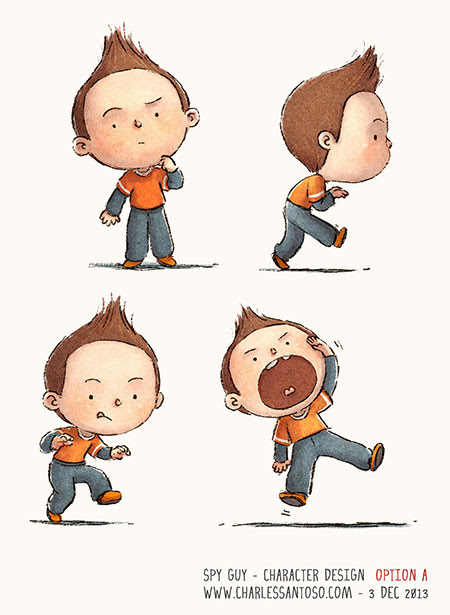 CS: What’s your typical day like when you’re in the process of writing a book? Have you got a fixed schedule to write? In the morning or at night?

JY: I pretty much write whenever I can, day or night. I usually write from home, but sometimes a change of venue feels good, so I'll go to a café or park for a treat. I wake up early every day, as my kids have built-in alarms. Once they're at school, I get to work, and try to plow through the other work stuff and reward myself with writing time. I often work at night, but it depends how tired I am. I'm not as sharp then, even though it's peaceful and I love staying up late. This is the first year I haven't been teaching, so I'm getting more daytime hours in.

JY: What about you?

CS: I work at an animation studio by day, so the first 10 hours of my productive day are fully dedicated to whatever project I'm currently in.
After that, I go home and spend some quality time with my wife (very important), have a quick nap and continue with the 2nd part of my day, drawing for picture books and other personal projects.
I have more time on the weekends so I usually do more with the important parts of picture book making, which are researching, planning & experimenting. And as you mentioned, change of venue is definitely a good idea. I often wander around bookshops, cafés or parks to get more inspirations.

CS: What's next for Jessica Young? And any advice that you can pass on for students/aspiring writers?

JY: I have several picture book manuscripts I've been working on—one more conceptual and interactive, one that's evolved from its original form, and another I've been wrestling with for years. I'm also looking forward to starting something brand new. It's been really fun working on the Haggis and Tank Unleashed early reader series that's coming out next January from Scholastic. It has a lot of wordplay, and I've loved putting the same characters into different stories to see what they do (same for the Finley Flowers chapter book series—books 3 and 4 of those come out in August). So that's something I'd like to keep exploring.
As far as advice, everyone's path is different, but the things that have helped me the most are reading a lot, writing a lot, surrounding myself with creative people (many of whom are critique partners), and trying to be flexible. Joining the Society of Children's Book Writers and Illustrators was really important for me as well. The advice I try to remind myself of is ? and ! ? = be curious and ask questions, and ! = be fiercely enthusiastic and tenacious—like Spy Guy!

JY: What's up next for you? (I love your recent book I Don't Like Koala!) And what would you tell aspiring illustrators? Also, just curious if you have a favorite color/s? 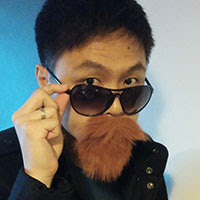 CS: Thank you for loving Koala! For the future, I have some more picture books on the way. Another one will be released this year in August, called Peanut Butter & Brains, published by Abrams, and some books from Simon & Schuster that will be released in 2016. I will also try my hand into writing very soon. Wish me luck!
Work hard, never give up and keep trying! Learn as much as you can and learn some more. Be honest with yourself and be kind to others.
As for color, I used to love green for some reason. It changed to blue, yellow then grey. I keep changing my mind about this haha.
Thank you for the fun and insightful conversations, Jessica!

JY: You, too! It was great getting to know you better and learning about your process.

About Spy Guy the Not-So-Secret Agent:
Spy Guy is a spy—but not a very good one. He’s too loud, too squeaky, and in need of a good disguise. All Spy Guy wants is to figure out the secret to spying. But as the Chief says, that he must discover for himself. 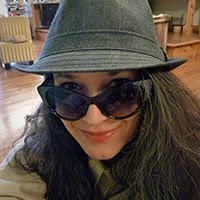 Children who love to play at being spies in their own homes and neighborhoods will appreciate the question posed by this hilarious and heartening book . . . Santoso’s wonderfully noirish illustrations make this book fun and engaging, as do Young’s rhyme schemes and wordplay. — Booklist

Santoso’s crisp images and liberal use of white space keep the focus on domestic comedy . . . but it quickly turns into a tribute to savvy parental mentoring. — Publishers Weekly
at June 25, 2015