Brian Attebery at the University of Glasgow

I love it when my worlds collide in wonderful ways. Professor Brian Attebery is this year's Leverhulme Visiting Professor at the University of Glasgow. As such, he and his wife (also a scholar and expert on Folk Tales) are living in Glasgow for several months while Brian gives a series of lectures. 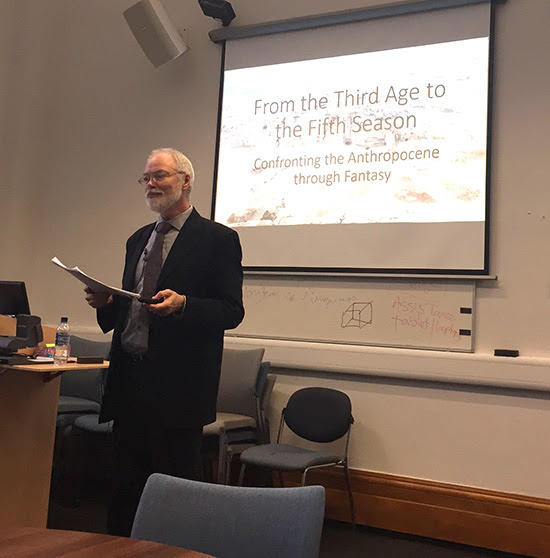 His expertise is in Fantasy Literature, so his talks have been fascinating. They were:

I know Brian as a colleague and critique group partner from Hollins University. One year, he and his wife stayed in the flat above mine and I could hear him practising his cello through the ceiling. He's quite good and it was such a treat. So were his lectures. 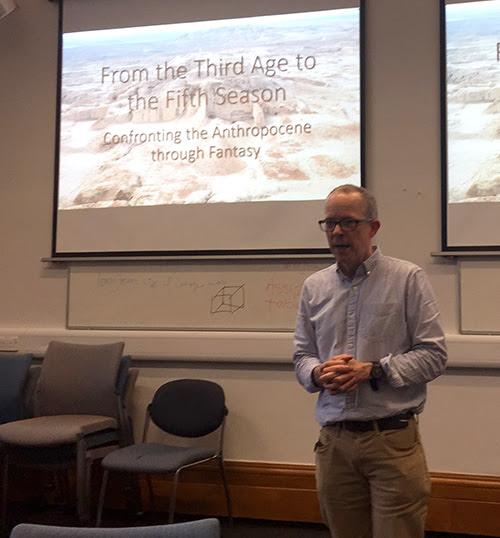 Brian's talks were introduced by one of my supervisors, Dr Rob Maslen, the head of the fantasy department at the UoG. You can't tell from my photos, but the talks were sold out every time. I love having brilliant friends!
at March 23, 2019