“Be strong!” Rewriting the cultural narrative.
by Liz MacWhirter

I’ve been going along to the Beyond Patriachy Film Festival this month at the University of Edinburgh, organised by the School of Social and Political Science. After each film, we’ve been debating the subliminal ‘deny your fear - be strong’ narrative that is currently being communicated through much of the media and many books to young women. 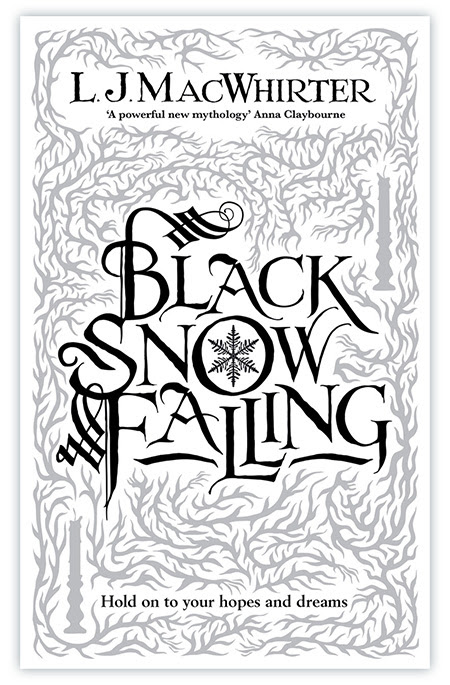 It’s something I thought about a great deal while creating the character of Ruth for my debut novel Black Snow Falling, a fantasy set in the 16th century. In the 7 months since the launch, I’ve been discussing this issue at book festivals and numerous school visits (events are one of the perks of being published!). Three prize nominations, particularly the Carnegie Medal, are opening doors and providing more opportunities for talking about this important subject. 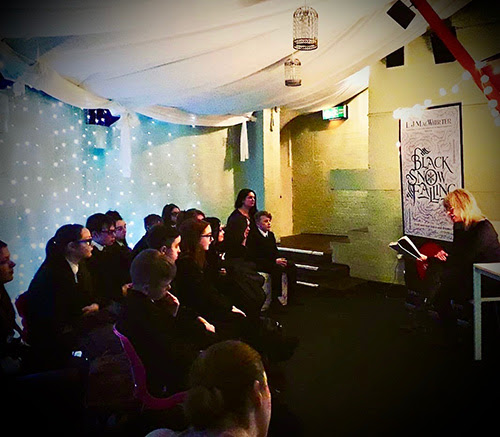 One of many author events at festivals and schools

Many stories across the media for young people today use fantasy and magic. To overcome obstacles / defeat the ‘monster’, their characters use magical superpowers – and when it comes to portraying women, this just reverses the patriarchal narrative and creates problems of its own.
I think it’s far more compelling and dramatic to use character-driven action instead. Character-driven stories are more effective in overturning stereotypes of all types.
In Black Snow Falling, I chose to use magical realism to amplify Ruth’s reality: shattering news doesn’t just break Ruth’s heart – it splits apart time, where she encounters dream thieves rampaging through the years and who are now hunting her down. I decided to give her no super-powers and easy solutions – Ruth has only her intuition. The action is driven by her ability to listen to herself and discern connections between apparently random events. Ruth is no wonder-woman or witch; she’s so much more interesting. 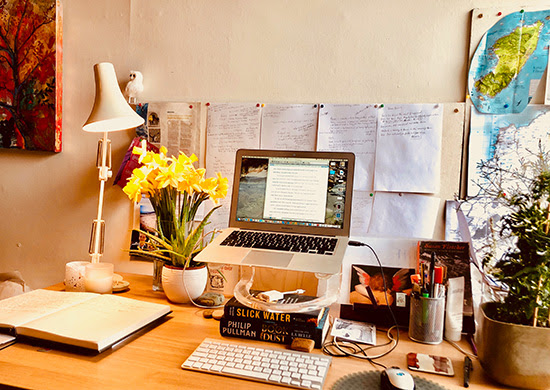 My desk at home

What’s more, she achieves the ‘over-coming’ together in relationship with another male character (who shall remain nameless to avoid a plot-spoiler). It’s #HeForShe feminism - equality for all, whatever the gender or ethnicity. I subverted more stereotypes, but that would fill another blog.
I chose to do all this in a way that feels true to the prejudices of 16th century, making it historical fiction not a polemic. In writing Ruth’s story and imagining all the things that might have happened to a real Ruth, historical sources were of vital importance. 1592, the key timeline in Black Snow Falling, was during the reign of Queen Elizabeth I. At this juncture, under her rule, colonialism and slavery flourished; some of my characters, such as Adam Blackwood, had to take the point of view of a white western male for the novel to have any historical authenticity. Yet this was also early modern, progressive Britain, and the lives of highly educated women such as Elizabeth I and Ruth embodied the tensions of their time. Moving against them both were strong patriarchal forces. 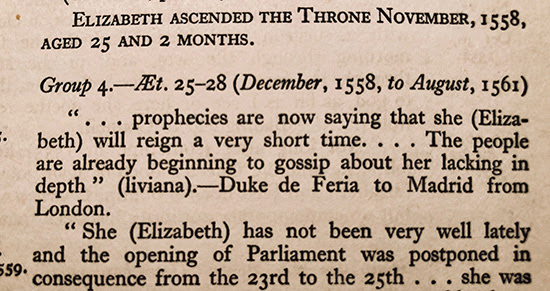 The medical records of Elizabeth I, full of sexism

I found astonishing, blatant and voluminous evidence of the sexism entrapping Elizabeth I. Her complete medical records are printed in ‘The Private Character of Queen Elizabeth by Frederick Chamberlain (The Bodley Head, 1922) and they are littered with misogynist comments and criticisms. One example can be seen above; despite this assertion, she reigned for 45 years. In fact, the whole premise of this antique book from 1922 is to explore Elizabeth’s supposed ‘sexual immortality’ and the charge that she made weak decisions to ‘put incompetent men into positions of the greatest responsibility… she loved these men more than she did England or its people’. Another historical source I used was, conversely, Elizabeth’s own voice. ‘Elizabeth I Collected Works’ (University of Chicago Press, 2000) contains her many speeches, letters, poems and prayers, all showing her intellect and how she responded to the forces attempting to control her. As she herself wrote, “My life is now in the open, and I have so many witnesses that I cannot understand how so bad a judgement can have been formed of me. But what can we do? We cannot cover everyone’s mouth, but must content ourselves with doing our duty and trust in God, for the truth will at last be made manifest. He knows my heart, which is very different from what people think, as you will see some day.” 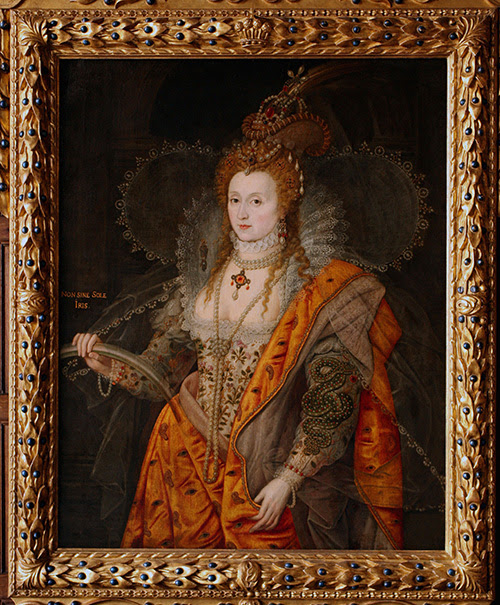 ‘Rainbow Portrait’ of Queen Elizabeth I, courtesy of Hatfield House

These sources, as well as Shakespeare, and researching the general history, helped me create a sense of historical authenticity in speech and numerous details.
In Black Snow Falling, the misogynist sexism that threatens Ruth does make her genuinely afraid, if not terrified. But she shows that courage and strength isn’t the absence of fear – it’s the decision to take action anyway. This is the opposite of fantasy tropes that encourage young people to deny their fear and act strong, which, as we know, leads to all sorts of trouble…
My hope is that Black Snow Falling is helping to re-write the patriarchal narrative in a way that helps both young women and men. 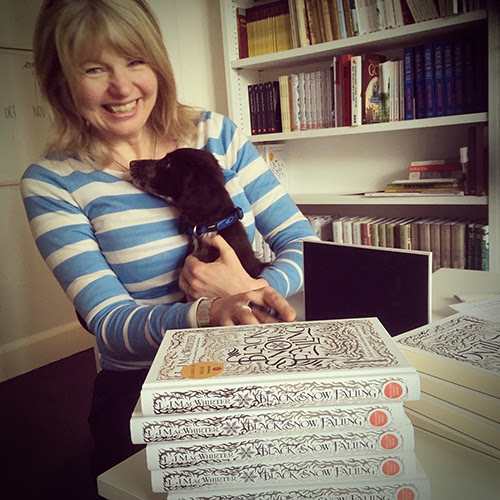