Here's a new witchy-ish, vampire-ish, feminist perspective read for you - something truly new. It's called MAYHEM and I think you'll like it as much as I did! Estelle Laure stopped by to talk about it... 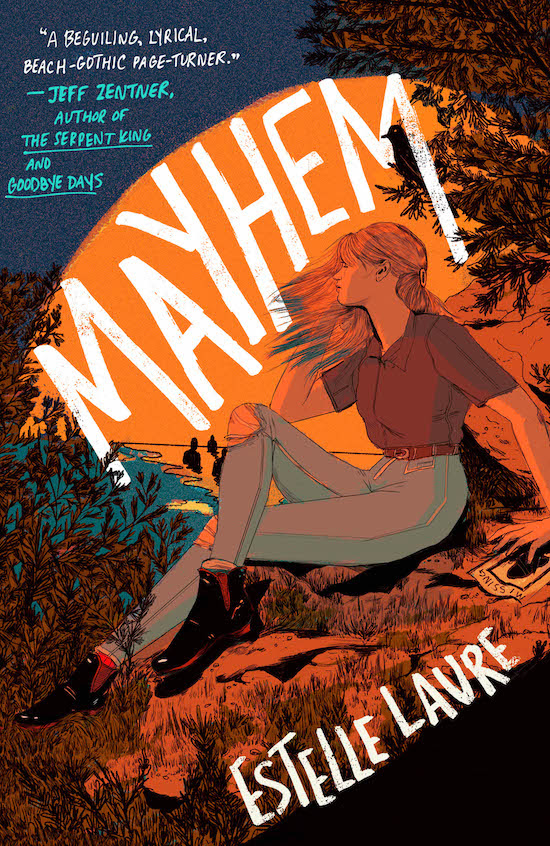 e: I thoroughly enjoyed reading Mayhem, Estelle. Thanks for such an enjoyable read! You created what felt like a truly unique mythology, and I love that it was female-centric. Can you tell me what inspired you and took you on this journey?
Estelle: Thank you! Way back when this story was a baby, I had been researching one of my ancestors, Rebecca Blake, who was a Salem witch. Of course what happened to her was just misogyny, but I deeply wanted to write about generational trauma and power, because I do feel I got something from her that runs in my blood. Although she was named Auggie at first, Mayhem came into my mind as the descendent of such a lineage. I didn’t want it to be a witch story though, I wanted a different kind of magic, one that interacted with the land. When I was speaking with my editor about it and we started talking about The Lost Boys and how much we loved the setting, it all started to connect and come together. 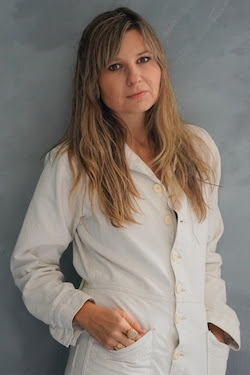 e: Do you have a tie to the places the story takes place?
Estelle: I was raised all over, but many years were spent in California. I lived in the Bay Area in Berkeley and Oakland mostly, but we went to Santa Cruz often and spent time at the beach and the boardwalk. The Lost Boys also happened to be filmed there, so when I invented Santa Maria that was very much on my mind as a basis for the location. e: What bits of real-life or your own history weave into the fiction?
Estelle: I share some aspects with most of the characters, but I think the biggest connections are to Roxy and Mayhem. I have chronic pain, so I understand how hard it is to deal with and it’s something I pulled through Roxy’s character. I also have experienced various levels of abuse and intimidation so I wove that into the backstory. I think I share Mayhem’s rage and her desire for connection, and back when I was a teenager I certainly lost myself in those first passionate friend relationships. Writing this was extremely cathartic on all those levels, because I really did used to fantasize about ways my abusers might drop off the face of the earth. I felt so powerless. I have obviously never forgotten, especially now that I teach and interact with teenagers every day. It felt like the right time to delve into this piece of my past.

e: I'm sorry you experience(d) that, but I definitely see it in your writing. I found it interesting that in one environment the women were so powerless and in another, they were so powerful. Can you talk to that a little more?
Estelle: I think the closer we get to our authentic selves, the more powerful we become. I also think the saying “no matter where you go there you are” is nonsense. I know from living in different places that some places work and some don’t. For Mayhem and Roxy, Taylor is a weakening place. They don’t have kinship with the location and immediately fall under Lyle’s control. Roxy is tired of being in charge and feels she’s made a mess of everything so for her it’s a place she can check out. For Mayhem it’s different. She’s missing something but she doesn’t know what. In this case it’s her family but it’s also Santa Maria itself, because the Brayburns are so connected to the place. For me, too, I had this personal experience. I felt out of sorts for many years of my life being in the wrong location, and then when I moved to the right place for me I felt it in my body. I wanted that to be the case for Mayhem as well. And also, no disrespect is intended to Texas. For most of the women who live in Taylor, I envision it’s the perfect place for them and it’s their home. It just isn’t any place for a Brayburn lady.

e: It was implied that the women are a sort of vampire, but it also seemed slightly more complicated than that. Can you dive into the workings of the magic in the story?
Estelle: Yes, they’re sort of energy vampires, but they aren’t immortal and they seek out the wicked. I connected what I was doing to the Celtic mythological sluaghs pretty early on. The sluagh sucks souls and often takes the shape of a crow, so I used that as a basis and went from there.

e: I love things like that! The magical water was so intriguing, and symbolic. What do you like to think it came from and stood for?
Estelle: Water symbolism is pretty developed so I had lots to draw on. To me it’s not only the thing necessary for life, it’s also the subconscious, the womb, the mysterious, the unseen. I can get totally lost in water with the sun beating down and the water holding me up. I also drew inspo from those water experiments that I think have been debunked at this point, but they showed water molecules reacting emotionally. I thought that was so intriguing. Water as an entity with feelings? I liked it and developed from there. It also seemed right since the water was so integral to the story anyway, it taking place at the beach.

e: What was your writing process, i.e. how long did it take you to write from initial conception to finish? And how did you become a writer?
Estelle: I originally had the idea in 2015 and wrote a partial manuscript, which I sold in 2017 and I finished this year, so about five years start to finish. I really became a writer after my son was born, though I had dabbled off and on before that. I wrote during his naptimes and then through a series of very fortunate events wound up at Vermont College of Fine Arts, which is also when I got my agent. It was sort of a magical process. I worked really hard, don’t get me wrong, but I also felt like I had a tailwind as soon as I decided I wanted to do it. It’s stil incredibly challenging and a constant roller coaster, but I’m grateful for my point of entry. 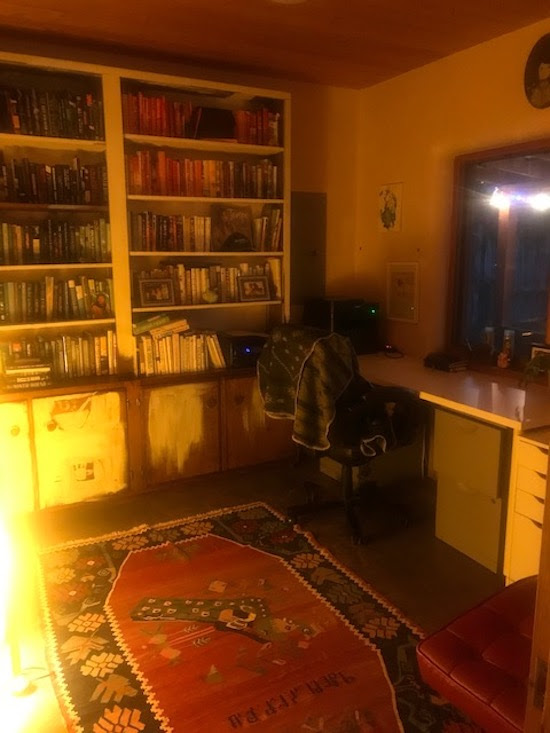 e: Are you already off and running on a new/next project? Can you share what that is?
Estelle: I am in the midst of multiple projects right now, fortunately. Next to publish is the first of the City of Villains trilogy I’m doing with Disney. It’s a lot of fun, sort of a Veronica Mars/Jessica Jones type thing but starring a lot of magic and all the villains from the Disneyverse. It was a blast to write and I’m excited to see it come into the world.