Friday, Librarian Jennifer Horan and the Youth Libraries Group Scotland (YLGS) hosted a fun event for us Children's Lit passionistas. Jen is part of the deciding committees who choose each year's CILIP Carnegie and Greenaway Award-winning books. These are the equivalents of the US Newbery and Caldecott, so they are a very big deal. How awesome to be a part of the process!
It was a very organized affair, so we had to have tickets, show up on time, and be ready to focus on some wonderful books. 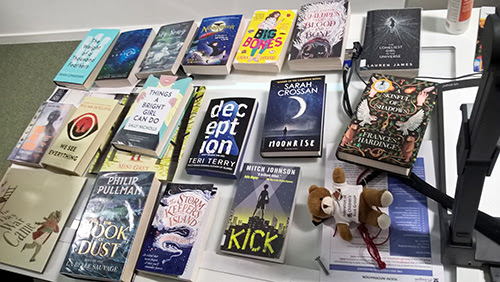 We were split into four groups - each went to a table with a librarian, where it became a sort of speed-dating affair. Each librarian talked us through four books in two sets. Here's Lisa Penman sharing Unplugged. 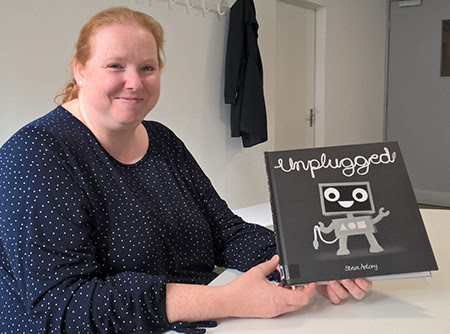 The first set covered picture books nominated for the Greenaway, such as these two which I especially loved: 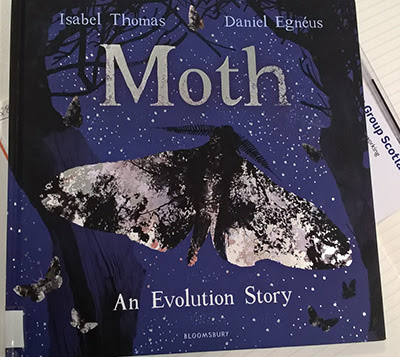 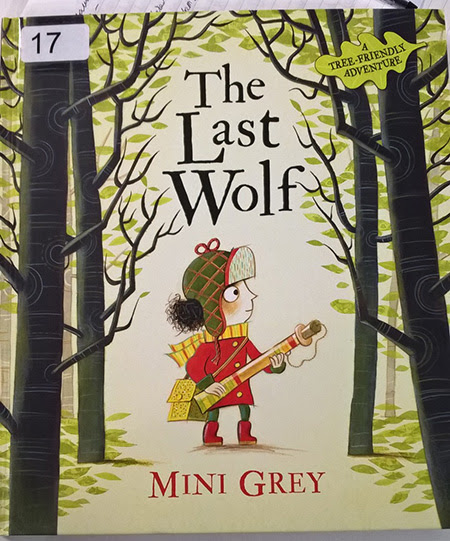 We were asked to consider the books based on the YLGS criteria which included questions such as "Is the medium appropriate?" and "Is the style creative and distinctive" and so on. 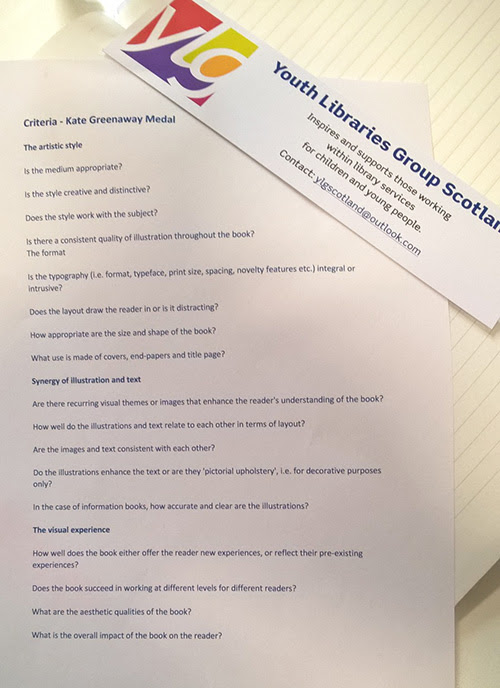 The novels had a slightly different set of criteria. Our group also asked each librarian to read the first page so that we could get an idea of the narrative voice. Jen did an especially good job of course. 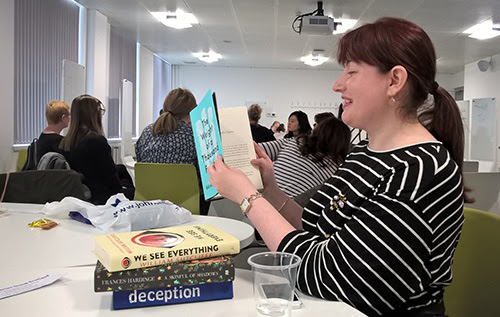 It was a large group of us, so was quite intense. Here are two of our new M-Lit students, Grace and Yi-Cing. 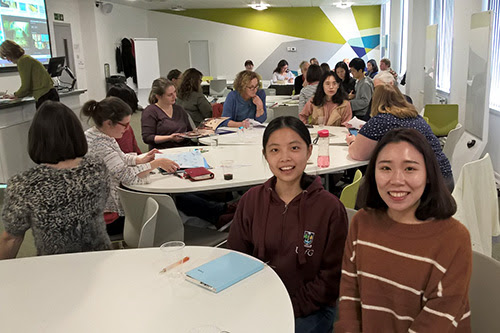 Dr Evelyn Arizpe was also there for the first half. 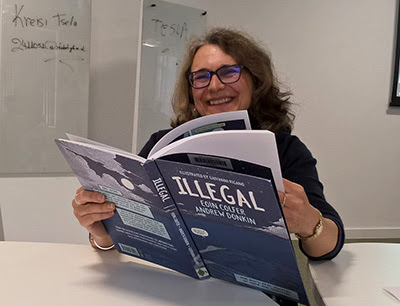 Of all sixteen books, we then voted on two in each category. Let me tell you, that was no easy task!! Happily, the two picture books that won were in my short-list, although the novels that won were not. You never know how things will turn out in a voting group like this, and its always interesting. I think we were all pretty pleased with the results though. It will be interesting to see which books end up winning the grand awards!
at September 30, 2018