Reflecting on A Decade 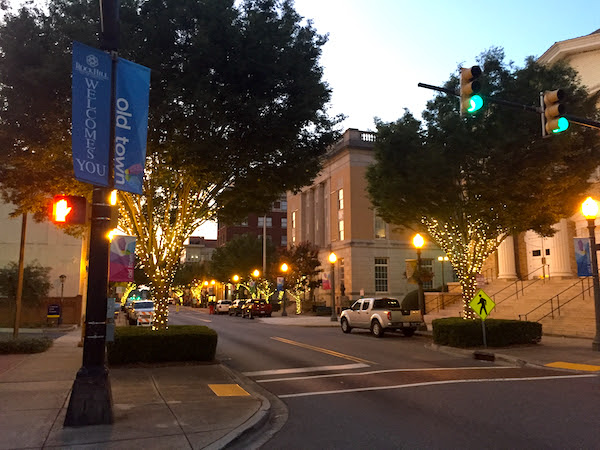 2020 is being called the year of 'vision' - as in, let's all hope to see clearer. With the changing of a decade, it's a good time to look back as well, with clarity, with 20-20 vision over all the things that have happened in my life in the last ten years.
This decade has brought me more than I could have ever imagined. When the decade began, I still had a long list of items on my bucket list, and had no idea how I'd achieve them. Stan and I were living in Atlanta with two fuzzies. I was illustrating picture books, which was a life-long dream. But we were trying to resurface from a recession. I was still trying to figure out the MFA, living overseas, and how to teach—big ticket items that I still wanted to do.
I always remind my students to jump the bar before you move the bar. It's important to acknowledge the accomplishments we achieve before moving on to our next goal(s). Without acknowledgement, we move from item to item, never sure if we're actually doing what we set out to do, or going in the right direction. It also zaps joy to continue on without affirmations of success, no matter how small they may be. Reflection is what helps us make sure we're still on the right path going forward, and that we're actually getting somewhere. With that in mind, here's what I achieved in the last decade:

1) Volunteered as Illustrator Coordinator for SCBWI and as a Board Member for the Georgia Center for the Book
2) Taught illustration at The University of Georgia and Hollins University
2) Sold and published my first novel
3) Got my MFA in Illustration (with Distinction) at the University of Edinburgh
4) Moved to another country to do it (Scotland!) where we lived for four years!
5) Published fourteen more picture books, including books written by my mentor and friend Jane Yolen
6) Started a PhD at the University of Glasgow
7) Went to Paris twice, along with New York City, Zurich, and London
8) Went to Italy for the Bologna Children's Book Fair twice
9) Did a TEDx Talk and spoke to hundreds of kids and adults doing school visits, workshops, and conferences on two continents
10) Landed my dream job as Associate Professor of Illustration at Winthrop University

WOW! Ten years ago, most of these items weren't even on my radar. And while the list of bad things that happened is pretty considerable too (death of loved ones, serious health issues, financial issues, struggles galore, but who wants to read about that - yuck!), I have to acknowledge that I have achieved more than I ever could have dreamed, and in a very short time, relatively speaking - just ten years!
Which puts me in an interesting place in my life - what now? I've actually achieved most of my bucket list at this point. I still want to swim with dolphins, and there are some prizes I'd like to win, although that's not really within my control. I find myself well situated to give back, to share what I've learned, and hope it might help someone else on their creative journey. There's a certain peace of mind to that (even if the activity itself is somewhat angst-ridden). Mostly, I am open to whatever comes. Just as I couldn't have predicted so much from the last decade, I have no idea what the new decade has in store. I hope it's more good than bad, and if it's even half as exciting, I welcome it!
In the meantime, I've come up with a new tradition to treat myself - I send notes to myself on my calendar - set for a year out. I leave messages like: "How you doing? Do you remember where you were a year ago? You were doing ..., you were dealing with ..., I hope that worked out okay. Remember, I love you." It's the me of the past reaching out to the me of the future, wishing myself well. Just as I wish all of you a spectacular new decade, too! Let's see where we are ten years from now - I hope it's all good!
at January 05, 2020

Email ThisBlogThis!Share to TwitterShare to FacebookShare to Pinterest
Labels: Method

Such an inspirational post E! You picked me up along the way a few years ago just after you moved to Scotland. It's been wonderful to share in some of your adventures. I was sad when you decided to move back to the US but no more. How can I be sad when you have obviously found your true spiritual place and dream job.
Wishing you the best you can imagine and more for the next decade. I look forward to being a teensy part of it, reading about your exploits and your charming home town.
Clare x

Inspirational, powerful, & great suggestions that you have proven to work! You are living the colorful & adventurous life that we have been shown that we can live. How truly blessed our journey is. I am grateful for parents who ignited our imaginations through books, art, music & travel. They offered us the opportunity to explore our many interests through applied experiences in countless lessons, classes, camp & 4 year colleges. It has been up to us what we would do with it all & you have taken it to glorious places & boundless success. Way to go, Sis! I love you!