You may have noticed that I've added 'Treehouse News' to my Friday Links List. Here's where that is coming from... The illustration studio at Winthrop U used to be called 'The Clubhouse'; however, whenever I think of a clubhouse, I think of 'Keep Out' signs and 'No Girls Allowed' - PAH! So, I've rebranded our space to something that has unlimited potential with logos and iconography - THE TREEHOUSE! I made a sign and everything! 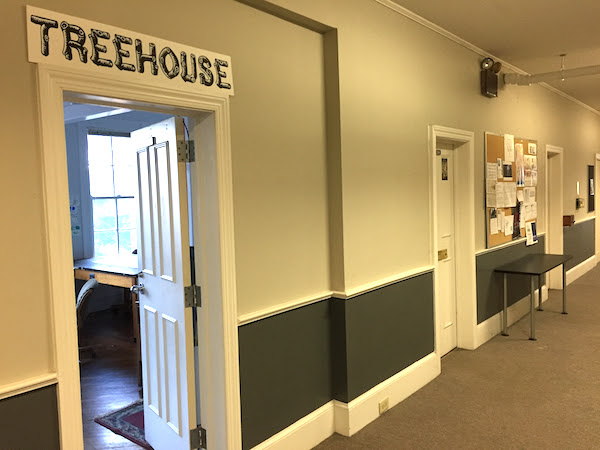 When I was an undergrad at the University of Georgia in Graphic Design, we called ourselves the 'Graphic Rats' and every years we'd make t-shirts to that effect. They became badges of honor. I hope our SoIll (Society of Illustrators) students do something similar with their new symbol. It is up in the trees after all. 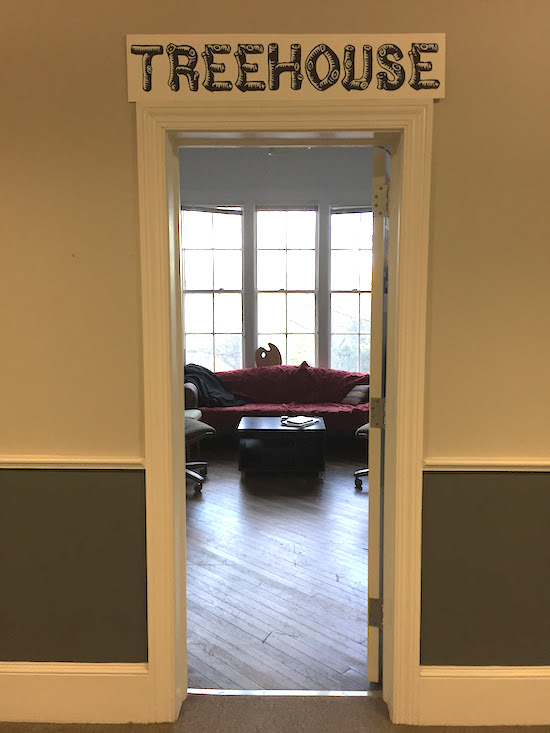 I'm inheriting the space from the now retired illustration professor, David Brown. One of the best things, I've found, for me to learn where everything is or goes is to clean up. I've had quite a bit of sorting to do. 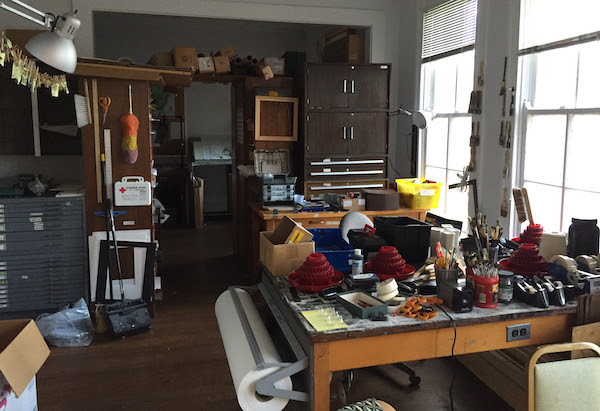 The room is looking pretty good. 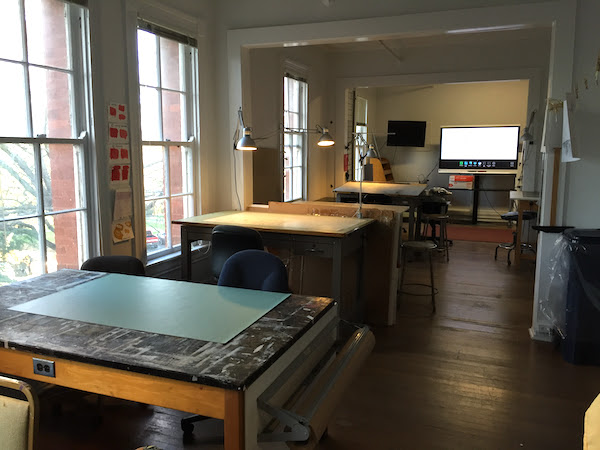 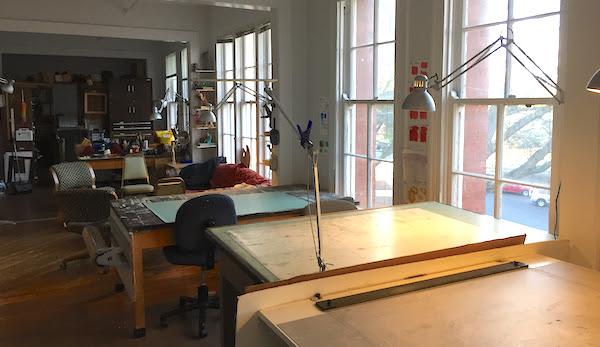 I moved the entrance and created a bit of a living room for the students to gather. It's the only space in the studio with three windows. It also creates a 'Ta-Da!' for any prospective students. I know one student has already taken some cat-naps on the couch, so I think it's already being loved - YAY! 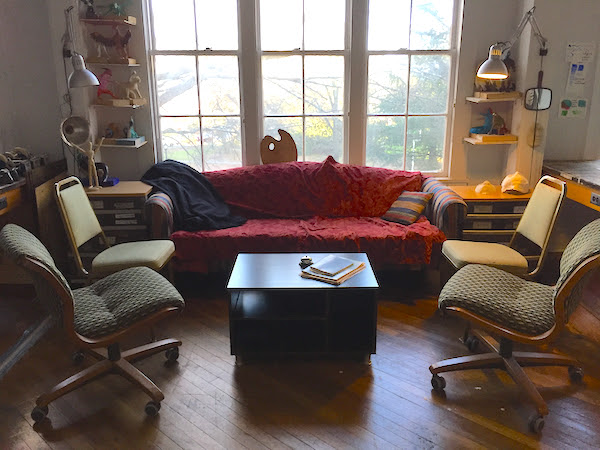 I look forward to a new semester with my illustration students in THE TREEHOUSE!
at January 06, 2020