Somebody has a birthday this weekend. *ahem* And since a big party is out of the question, and it wasn't an especially exciting number, I decided I just wanted some time with people I love this birthday. So, Saturday, Stan put together a map of various peach stands in our area and we went out for a bimble (a term we learned on our honeymoon for 'randomly roaming about'). It was a beautiful day for it and we hadn't really been out in ages, so with clear skies and groovy tunes, we set out. Our first stop was at Union Market in Waxhaw, North Carolina. The countryside we drove through to get there reminded me a lot of Alpharetta in Atlanta, lots of horse farms and ridiculously enormous houses. But the stand itself was adorable.

They didn't have any walls, but had plenty of fresh produce. 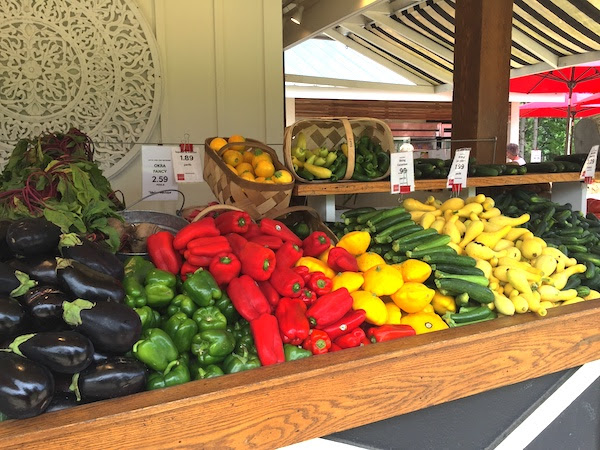 Strawberries are still in season and I couldn't pass them up. Happily, they were just as tasty as the strawberries we got in Scotland (which were the best I'd ever had). Apparently it has something to do with being picked straight from the garden. 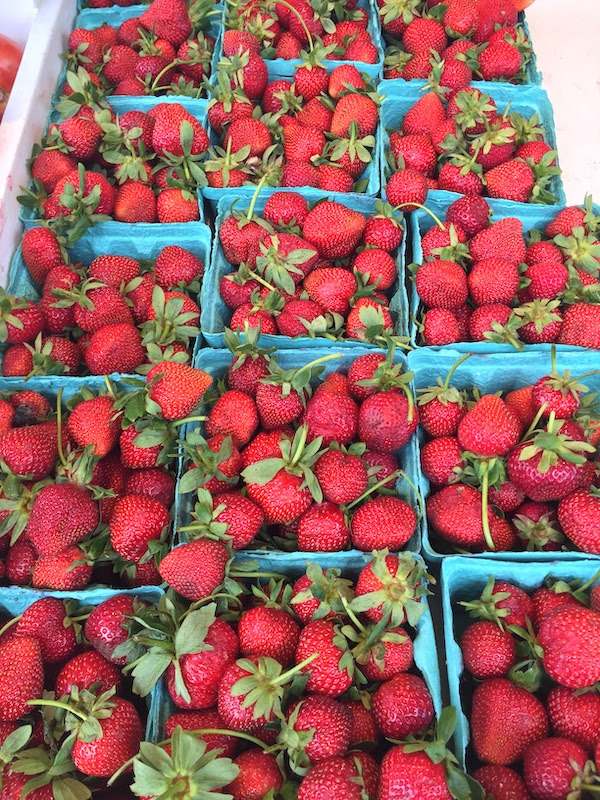 They had other berries too. 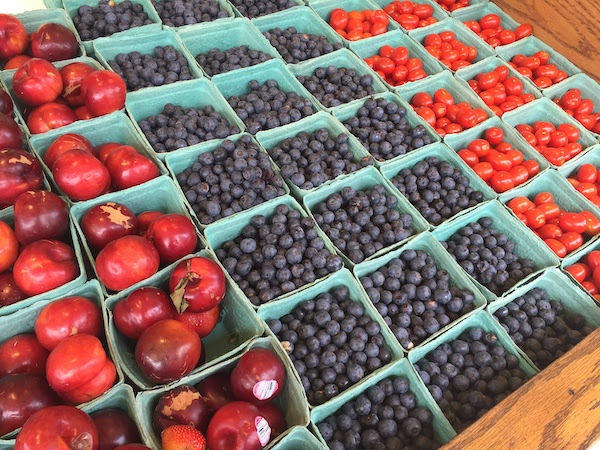 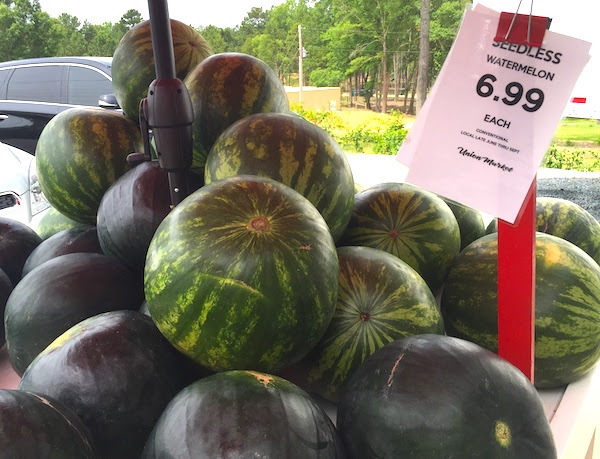 And the tomatoes are starting to get good. 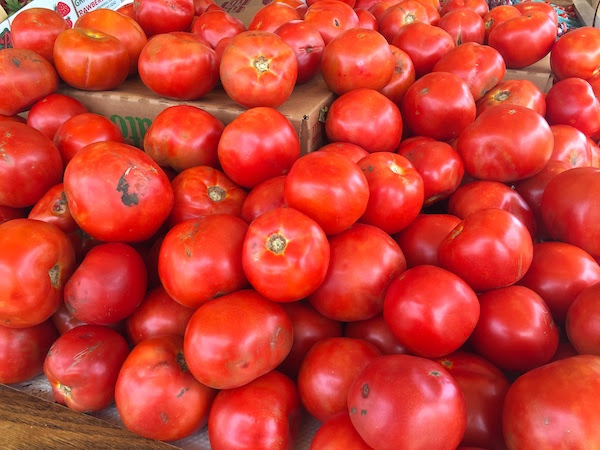 But of course, we were there for the peaches! It's one of the reasons I wanted to move back to the states - not just the states, but peach country in particular. I know Georgia is called the peach state, but the Carolinas have Georgia beat. There is nothing in the world like a Carolina peach and we have been gorging ourselves on them! 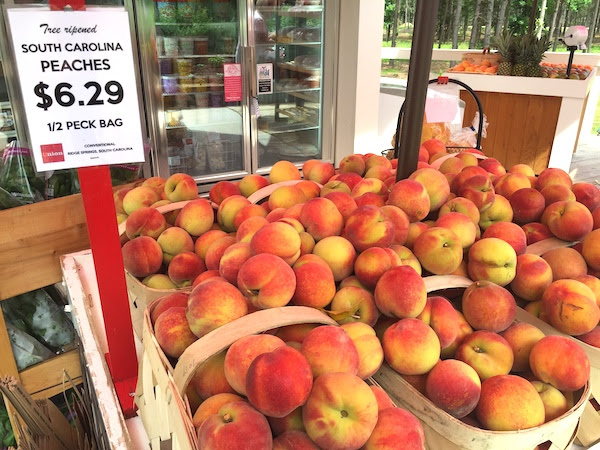 Stan got a nice haul for us. 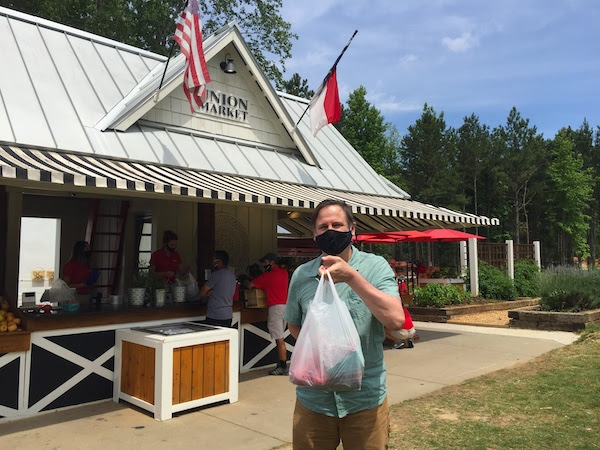 From Union Market, we headed west and back into South Carolina... next post!