I've long been a fan of Chantel Acevedo's writing. And she's been on my blog before, for her book A Falling Star. So, I was thrilled to hear about her latest, and on a topic I find especially fascinating, muses! It's called MUSE SQUAD: THE CASSANDRA CURSE and Chantel stopped by to tell us more about it. 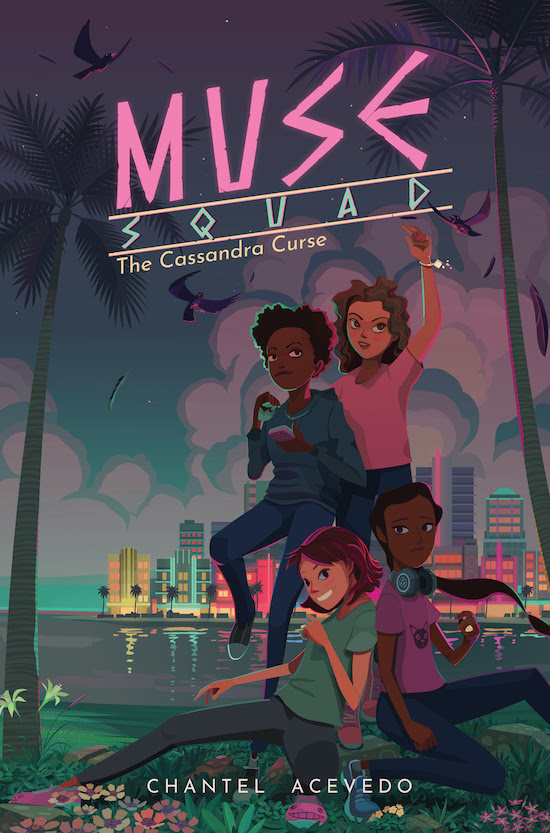 My Muse is a Museum
Chantel Acevedo

When I think of the role museums have played in my life, I find myself thinking about Pittsburgh, Pennsylvania. My husband and I, newly married, moved there while he earned his PhD. We were in our mid-twenties, had never lived anywhere but Miami, and considered the move the adventure of a lifetime. Pittsburgh was where we both saw snow for the first time, where we both discovered the dangers of black ice while driving, and the utter strangeness of living in a city where the signs weren’t in English and Spanish.
We may not have had the comforts of Cuban home cooking, or Miami’s sunny days, but what we did have were museums. Miami was not a museum-town. The sparkling beaches were the draw for tourists. But Pittsburgh had lots of them, including the incredible Carnegie Museum of Natural History, with its echoing staircases, enormous dinosaur room, and Egyptian hall, which required visitors to crawl through a hieroglyph-lined tunnel to enter a replica of a mummy’s tomb! Those early days in Pittsburgh found us in the museum often. Each exhibit opened up a world of knowledge, and the synapses in my brain absolutely crackled with each visit. A history lover, museums suggested history in the flesh to me. After each visit, a story always dug itself into my brain.
My husband and I moved several times after that, following that itinerant way of academic life. New Haven offered us the Yale Peabody Museum of Natural History, with its own more modest, yet equally impressive dinosaur hall. And a quick train ride into New York brought me the MET, and the American Museum of Natural History, and more museums than a person has time for.
Museums became for me the must-dos of every trip, and essential stops when doing research for my books. My fourth adult novel, The Living Infinite (Europa Editions, 2017) was set in 1893, and partially at the Columbian Exposition in Chicago. While writing that book, I dragged my husband (and by then, my two daughters) to the Museum of Science and Industry in Chicago to see the remnants of the caryatids on the back steps, leftovers from that great World’s Fair at the end of the 19th century. Here is a tip: If you go down the steps and peer out over the lake, you might see a tiny, Japanese bridge leading into a wooded island. That bridge is all that is left of the Japanese pavilion, a gift to the people of Chicago during the World’s Fair. It was burned to the ground in retaliation after Pearl Harbor. If you’ve read The Living Infinite, you’ll know that my main character, the Infanta Eulalia, experiences something life-altering on that island. I may have cried a little on those stairs when I spotted the bridge. 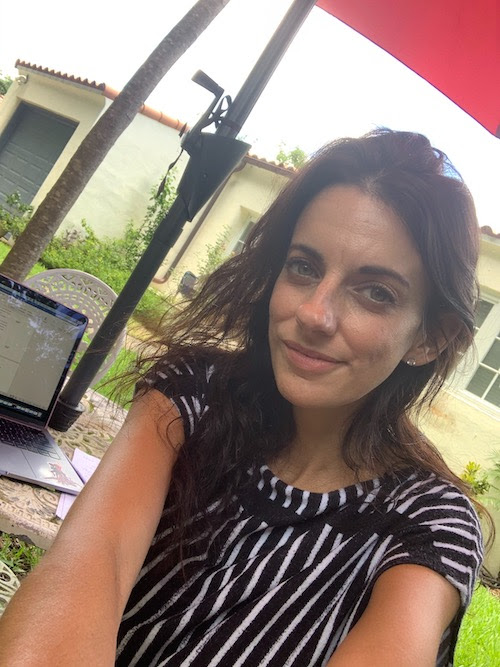 But of all the museums that have carved their way into my writer’s heart and into my books, none has been so beloved as the V&A, the Victoria & Albert Museum, in London. I met this museum (and I say “met” here purposefully, as the V&A feels like it most certainly has a soul) when I first visited London in my role as a Creative Writing Professor. I was leading a group of study abroad students from Auburn, Alabama to London. Here, I fell in love with the eerie Cast Courts, featuring replicas of great statues scattered about a great hall, as if the figures had been frozen by the White Witch in the Narnia tales, or Medusa herself. I swore fidelity to the oval pool in the museum’s garden, and paid tribute at the small, canine tomb of Tycho, the tiny dog belonging to Sir Henry Cole, the museum’s first director. The Great Bed of Ware, a massive 16th century bed that accommodated eight people took hold of my imagination, as did the endless rows of ceramic art, a testament to both fragility and strength.
It was on my third trip to London on a visit to the V&A that I paused to admire a bust of a muse, tucked away against a staircase near the toilets. She had a placid face, and her twin, a second muse, flanked the other side of the stairs. I snapped a photograph of her, and then the thought came, perhaps muse-given: “What if the muses had been children?”
I wrote the question down in the notes app on my phone, but unlike other hastily written notes, this one was a persistent idea, and so, the Muse Squad (Balzer +Bray, 2020) was born. If you happen to read Muse Squad, you might recognize some of the museum sites I’ve described here. The Egyptian Hall at the Carnegie, and the Oval Pool, the Great Bed of Ware, and Tycho’s tomb of the V&A, among others, all play a role.
I absolutely owe the existence of Muse Squad to a museum. And maybe, one of the nine muses, too. The COVID -19 pandemic has meant that 2020 for me will be the year without museums. But I know they await, full of their surprising stories. May the muses guard their brick and mortar namesakes until we can all return to them again. 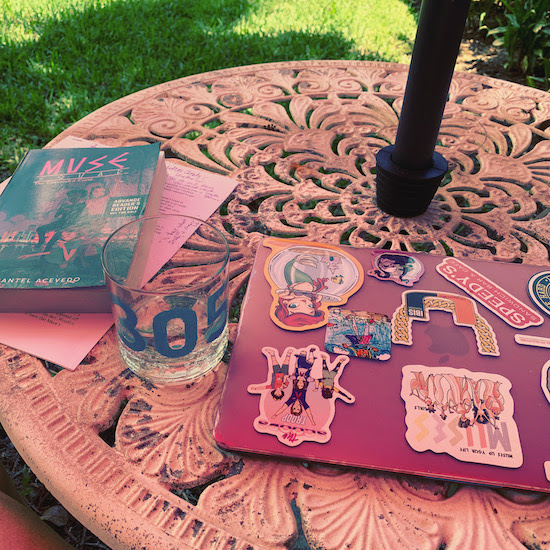 Chantel's fave writing spot these days is outside, the only spot where she can find some quiet! 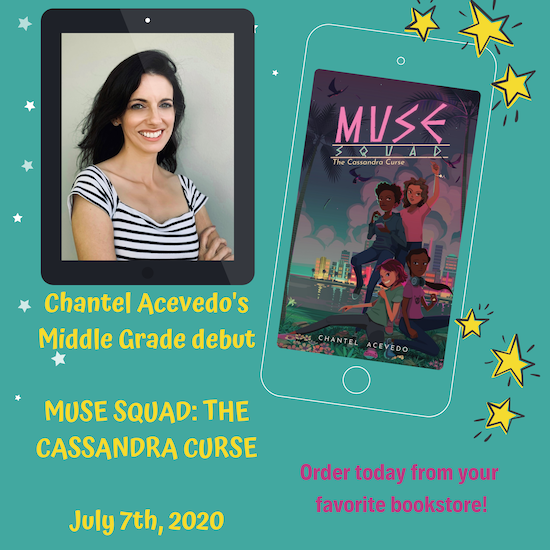