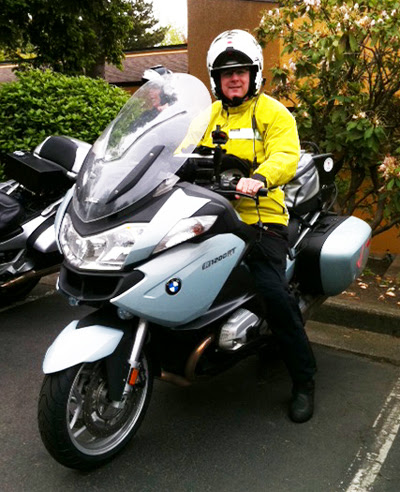 Yesterday (Saturday) was a big riding day for Stan. The Iron Butt Rally announced the course requirements for Stage 2 at 4:00 am, so hubbie was on the road by 5! And since the goal is to hit all 48 states, he covered most of New England before ending his ride about 9:00 pm last night. Of course, that included New York City, which he decided to ride straight through. Apparently he received lots of strange looks "Are you a cop? Are you an alien?" and the cabbies didn't know what to make of him. He even got hit on by a woman in Queens, "Nice bike." (That's the way I heard it anyhow. The saying around here is "Never let the truth get in the way of a good story.") Here was his amazing route: 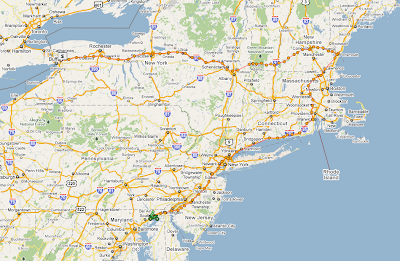 Email ThisBlogThis!Share to TwitterShare to FacebookShare to Pinterest
Labels: motorcycles

That is incredible!! I can't
begin to imagine what covering 48
states would be like on a bike or
in a car!! My question is - Can
he walk?! (or is he still in a
sitting position?)

Wow, he is amazing!

48 states??? My butt hurts just thinking about it!