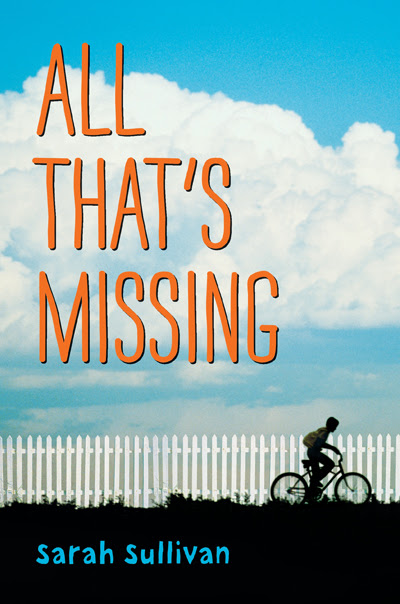 Hi Elizabeth and Thank You for the opportunity to be a guest on your blog. This fall I’m celebrating the publication of my first middle grade novel, All That’s Missing. After 4 picture books, it seems like quite a change, but the truth is, middle grade fiction has always been my passion. I’ve wanted to write a novel for this audience practically all my life.
All That’s Missing is a story about an 11-year-old boy named Arlo who goes in search of the grandmother he has never known and discovers a family secret and a new place to call home along the way.
I’m thrilled that the Bulletin of the Center for Children’s Books has given it a starred review! When I began writing the story, all I knew was that there was an 11-year-old boy who was learning about long-hidden family secrets. He had to go in search of his grandmother on his father’s side of the family. I knew the boy’s father had died when he was a toddler and that his grandmother lived in a small town in the Tidewater area of Virginia. And that was about it.
Finding your place in the world and figuring out how much your family has to do with who you are as a person are themes that I think about all the time, so it’s no surprise that they figure in this book. 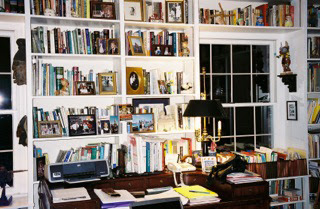 It did not take long to write the first half of the novel, but the second half took quite a long time. When I finished a tolerable draft and shared the manuscript with trusted first readers, they all wanted to know more about the people in the small town where Arlo’s grandmother lived and what happened to Arlo after he got there. Once I started thinking about this, possibilities opened up. It was actually very liberating.
Revision is my favorite part of writing. I loved creating Frog Creek Books, the indie bookstore in Edgewater with a tree house in the children’s section where Arlo and his friend Maywood formulate a plan to save his grandmother’s house. I loved doing the research necessary to create a fictional African American artist who lived in Paris in the first quarter of the twentieth century.
Edgewater in the book is actually inspired by the town where my grandparents lived many years ago. I say inspired by because it is not exactly that town, but I did use physical characteristics of Tappahannock in creating my little town of Edgewater, such as the tall statue in the center of town...
 

and the osprey nests up and down the river.
  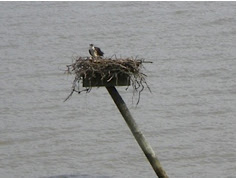 Other parts of the fictional Edgewater differ greatly from Tappahannock, though both are indeed small towns.
On a good day, when I’m revising, I pick up a thread and go with it, working really hard until I suddenly look up and realize an hour has passed. Sometimes I make wrong turns.  Only, there is no way of knowing I’m headed in the wrong direction until I try them out. Actually, I don’t think they are wrong turns at all. Rather, they are necessary steps along the way to discovering the path my story is meant to take.
I'm a morning person.  That's when the brain waves are at their peak.  If I don't pack in some good work early in the day, I'm not likely to make much  progress.  I head straight for the computer with my coffee and start to work. 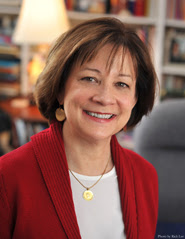 First drafts are torture. I enjoy the initial idea, that sudden spark that seems so promising. I love the first innocent keystrokes of a new story, when all is fresh and filled with promise. But, all too soon, the creative spigot shuts down and it becomes work. Is there any other way?
Sometimes I make lists or look at photographs or listen to music, (film scores mostly.  Road to Perdition and Cider House Rules are two of my favorites).  And then, slowly a character's voice will come into my head.  I start writing.  Don't go away, I think.  Please stay with me.  But, it's very slow at this stage because there is so much I don't know.  There is that Martha Graham quote which begins, "Dance is just discovery, discovery, discovery."  And writing is too.
One final thing about this business of telling stories is the need for input from other writers.  No matter how many times I edit and revise, everything changes the instant I think about sharing the story with someone else.  Clunky sentences seem to appear out of nowhere. How could I have missed them? And yet, for some reason, only the threat of “outside eyes and ears” sharpens my editing eye enough to catch a lot of things that need work.
Thank you again for the invitation to write for your fabulous blog. Happy Holidays and Happy writing!

GIVEAWAY!
Candlewick has kindly offered to send one free copy of ALL THAT'S MISSING to one of my lucky commenters. (Must live in the US or Canada to win.) Enter below!
a Rafflecopter giveaway
at December 07, 2013

This sounds like a book my daughter would love to read. I would share it with her.