Halloween isn't as much of a thing here in Scotland as it is in the US. However, you can find pockets of celebrations. For instance, I saw quite a few children leaving some sort of event yesterday - they were all in costume. And last night, Stan and I went to our friend's monthly Edinburgh Salon - Halloween-themed. We saw a few entryways decorated right and properly on the walk there. 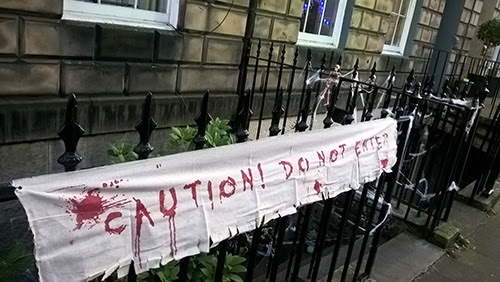 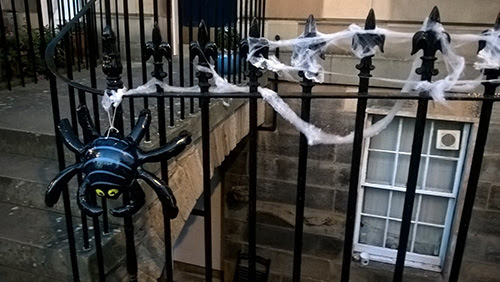 At the salon itself, Connie outdid herself. The decorations were awesome! The door matt set the mood. 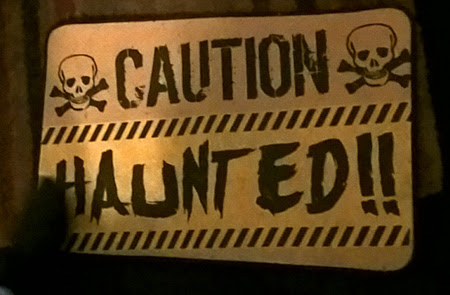 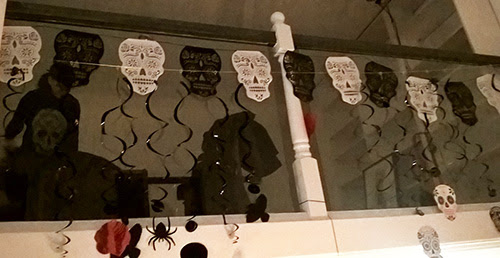 The cocktails were cranberry and cointreau with eyeballs (lychee nuts with blueberries in them - yum!). Screaming ghosts were projected on a wall from the balcony. 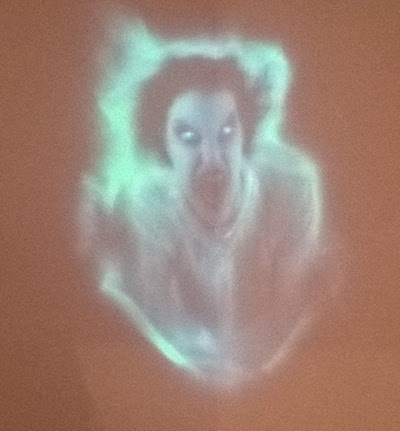 And best of all was the table - what a spread! 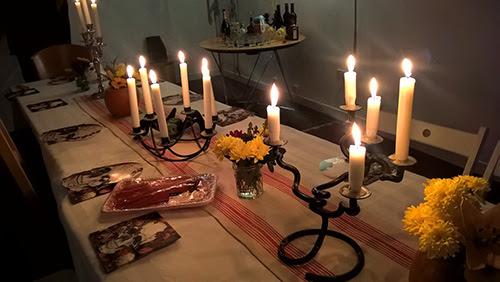 I wore my stripey stockings and pumpkin earrings, but some folks dressed up all the way. 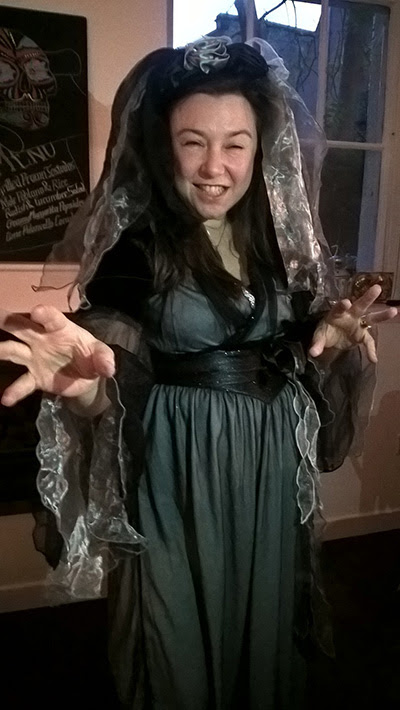 The menu was mostly Dia inspired Mexican - shrimp and avacado on homemade tortillas, then chicken mole over cilantro rice, with a side of marinated cucumber and radish salad. Dessert was margharita pop-sicles and more eyeballs - chocolate ones this time. I'll be getting cravings for those! (I'll add photos of the guests as Connie shares.)
All said, it was a wonderful way to celebrate Halloween! Bwahahaha!
at October 30, 2017