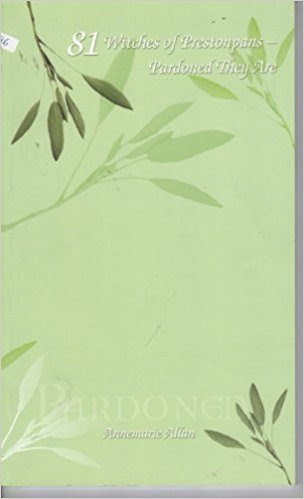 It's now October, the month of Halloween and witches! How appropriate to kick it off with a haunting story...
Prestonpans was famous for mining, yes, but before that, it was known as the site of one of the most notorious witch hunts in all of history. It predated the Salem Witch Trias, and was the inspiration for the 3 witches in Shakespeare's "Macbeth." It is the story of the 81 Witches of Prestonpans. Annemarie Allan wrote a book on the topic if you'd like to learn more (click the image), but here's the summary.
The town of Prestonpans goes back to the 1100s, named for the salt pans monks used to cook salt from the sea water for trade. Salt in those days was as valuable as gold and many people grew very rich from it. In the 1500s, the Bailie of Tranent, David Seton coveted the riches of his kinswoman, Euphemia MacAlzean. How to get her money, how?
He had his servant, Gelie Duncan accuse MacAlzean of witchcraft.
Duncan also accused Agnes Sampson and John Cunningham, the local schoolmaster. Sampson was tortured into naming others, and hence, the witch hunt began. It reached its peak when King James IV (a.k.a. King James I of England) hit violent waters on the Firth of Forth. He said witches had cursed his passage, and more people (85% women) were accused, tortured and murdered.
Gossip spread quickly. It was said that hundreds of witches gathered at the Fiery Hills of Acheson's Haven, where the devil spoke with them directly. This is what that coven was illustrated to look like - notice the devil on the left. (img: Wikipedia) 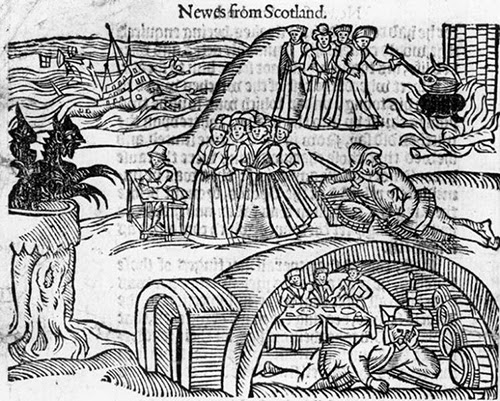 The fiery hills could be attributed to the local coal that once lit, smoked and burned as it reached the veins that ran throughout the region. Annemarie and I found the very spot the coven took place. This is what it looks like today. So deceptively peaceful. 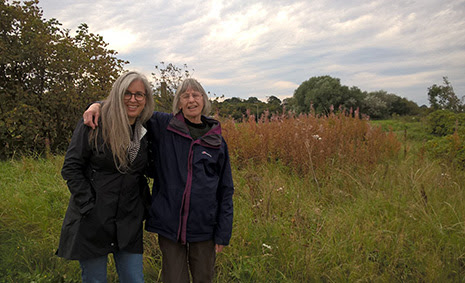 The conspiracy of accusations ran up and down the coast as paranoia took hold of the region, pitting neighbor against neighbor and inspiring barbaric acts of cruelty. Through the 16th and 17th century, at least 81 'witches' were killed before the frenzy finally subsided (many records were lost or destroyed, so there may have been more). It was soon followed by the hysteria in Winston, Salem in the United States, where 20 people were executed for witchcraft.
Although the killings stopped, the accusations didn't. The last person convicted under the Witchcraft Act of 1563 was Helen Duncan in 1944. The Witchcraft Act was finally repealed in 1951 under Sir Winston Churchill. Here is a brief local article about the region's history with witches. 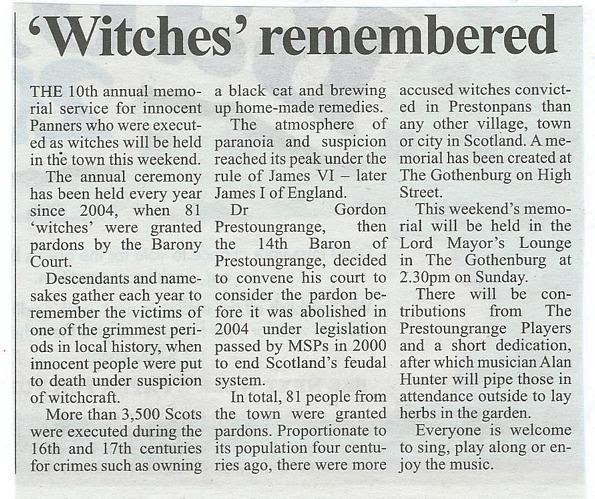 We like to think we've changed. In 2004 all of the witches of Prestonpans were officially pardoned at a grand ceremony. 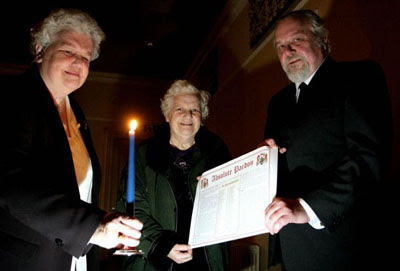 Now, each year on October 31st the witches are remembered and honored in Prestonpans. While its become an entertaining event, it is indeed a sobering reminder of the evil people are capable of when attempting to call it out in others.
at October 05, 2017

I wrote a short story,"A Knot of Toads" (included in my new book, THE EMERALD CIRCUS, out in November from Tachyon) in which those witches are cited, the salt pans are mentioned. It's set in the early 1900s in St Monans which is across the Forth in Fife.

Tours leave Preston Tower every evening at sunset. Please bring your own broomstick and a snack.
Please note: familiars, both corporeal and incorporeal, are not permitted on this tour. We've had too much trouble with them in the past.