The Battle of Prestonpans

I have one more story for you before we leave Prestonpans. It is about the famous battle that took place in 1745 - at the tower right across the street from where Annemarie Allan lives. 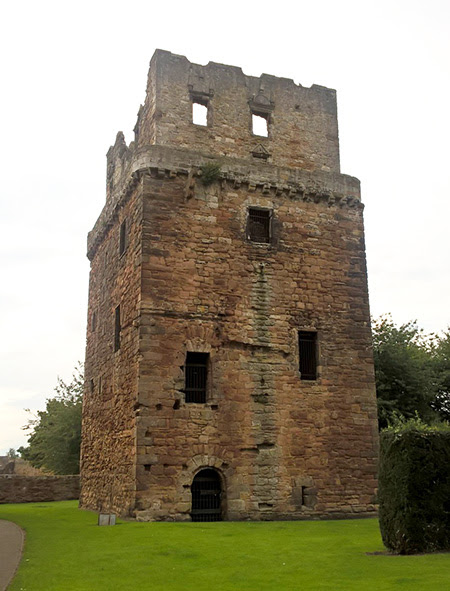 The base of the tower was built in the 1400s. But real-estate being what it is, in 1626, a home was built on top. Cows and sheep lived on the ground floor, servants on the first floor, and the well-to-do family at the top. I wonder if they ever came down?
It burned three times during its history. It was first set on fire by the Earl of Hertford during the Rough Wooing (a war between England and Scotland) in 1544, Cromwell set fire to it in 1650, and then it burned again, by accident this time, in 1663. The owners had had it at that point and moved into what is now Annemarie's house. The tower was left as a ruin from that day forth.
Then came the battle of 1745. This was also a war with England, but this time the French and the Scottish teamed up. It was called the 2nd rising of the Jacobites. Here's what the battlefield looked like. Annemarie would have had a great view from her windows. 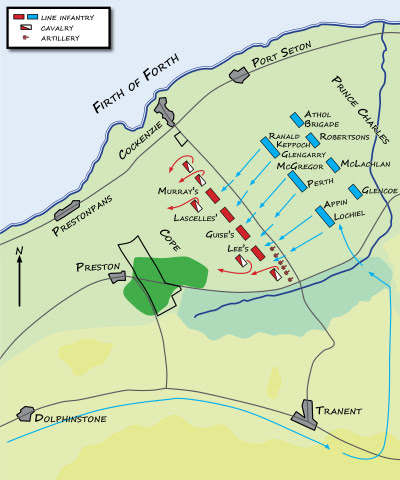 Image Credit: By Hoodinski (Own work, [1]) [CC BY-SA 3.0], via Wikimedia Commons
Like many battles of that time, onlookers arrived with picnics as they set to the sides to enjoy the show. It was a very short, very gruesome show at that. At 6:00am, 1,400 Highlanders charged the English with "wild Highland war cries and with the bloodcurdling skirl of the pipes....".* The battle lasted ten minutes. Hundreds were hacked to bits, injured, or taken prisoner. The battle turned the morale of the winning Scots for a time.
Songs and poems were written about Cope's defeat and his soldier's who fled the scene. Annemarie shared a story of one soldier who was there with his ten-year-old son and was smuggled away from the battle by sympathetic locals.
Nowadays, actors reenact the Battle of Prestonpans each year. It was even featured in the TV show "Outlander" (season 2, episode 10). Apparently, it was one of Jamie's favorite scenes from the show.
The grounds around the tower itself are lovely now. There is an herb garden and a laburnum arch which drips with yellow blooms in the spring. Annemarie says I have to come back to see it. I will, I will, because I have a feeling there are many more stories hiding in Prestonpans! 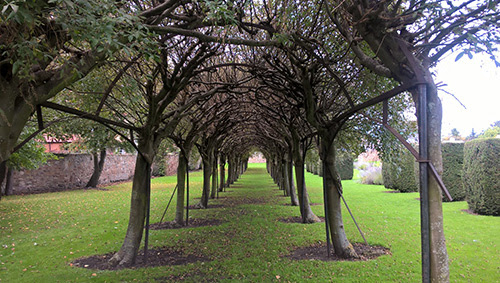 *Battle of Prestonpans at Wikipedia
at October 07, 2017

well summarised, Elizabeth - such a lot to tell! The Hamiltons didn't move into my house though - it wasn't there yet! Looking forward to your next visit - we never got as far as the Mercat Cross and lots of other stuff!