We went to visit friends Penelope and Robert in Selkirk this weekend. Selkirk is a little town in the Borders (between Scotland and England) at the end of the trainline in Tweedbank. They're in the process of retiring and decided to move to a house in the countryside, and what a lovely house it is! Welcome to Broomhill House. 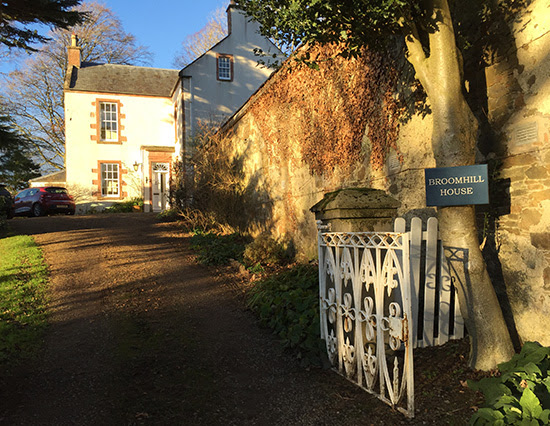 Most of the home was built in the late 1700s or early 1800s. They're not quite sure. Here's Penelope in front of the house, with a nice shot of the house with the stunning view of rolling Scottish hills beyond. 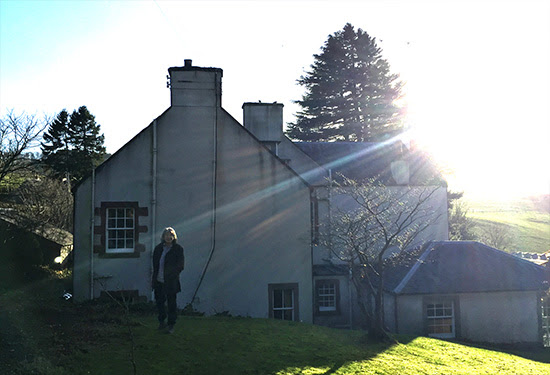 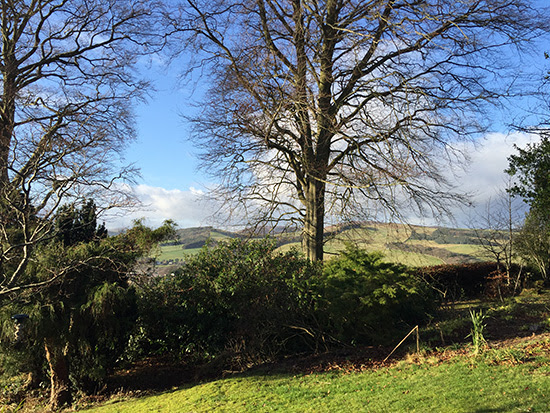 Of course, most things around here were built back then, so it's not a matter of extreme importance, and like so many other structures, the house is a mish-mash of additions over the passage of time. Here's Sweep at the door to the old stable. Penelope cleared inches of deep mud off of these lovely cobblestones - what a treasure she found! 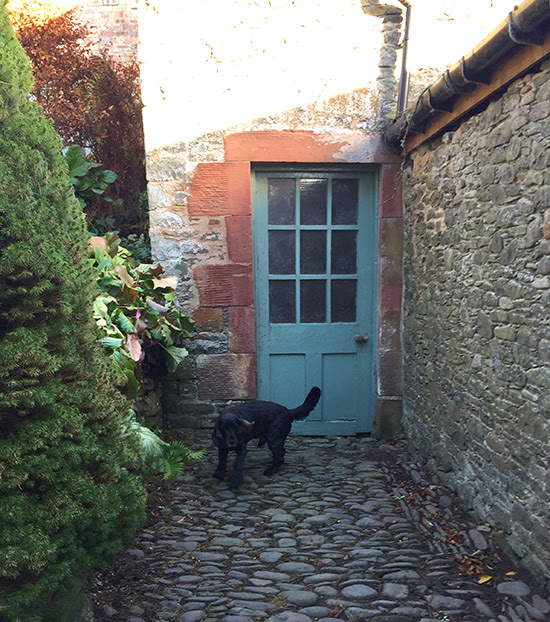 And here's Robert at the door of yet another mystery space that could easily be turned into another fun guest room. 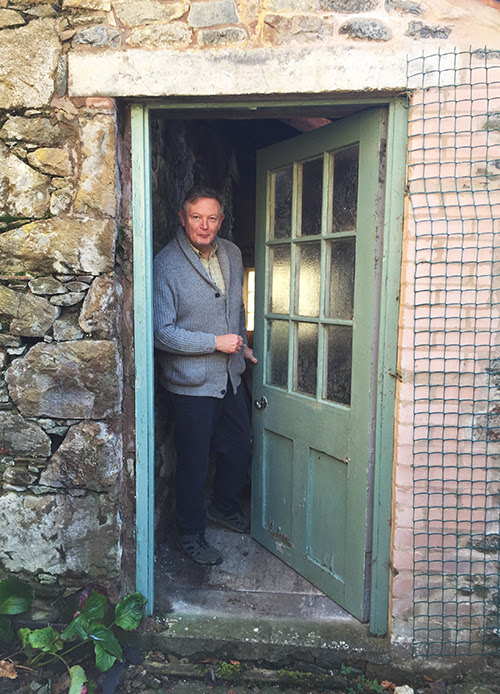 The house was once a Dower Cottage - where a mother-in-law would have been sent to live when the new wife moved into the 'big' house. 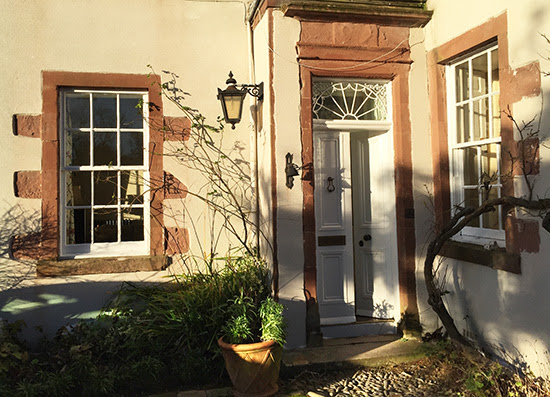 Persoanlly, I wouldn't mind being the Dower Mother in such a lovely abode. Here's the view out the kitchen window over the large wooden table around which all of life centers in this happy home. 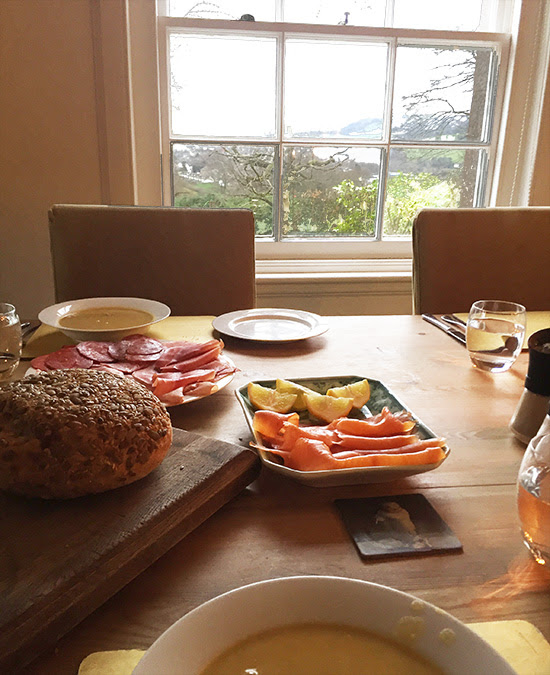 P&R are both avid gardeners and they've already made considerable progress on the property even though they haven't been there a year. Along with rambling and extensive grounds, there is an enclosed garden surrounded by rock walls that keep the wind out. 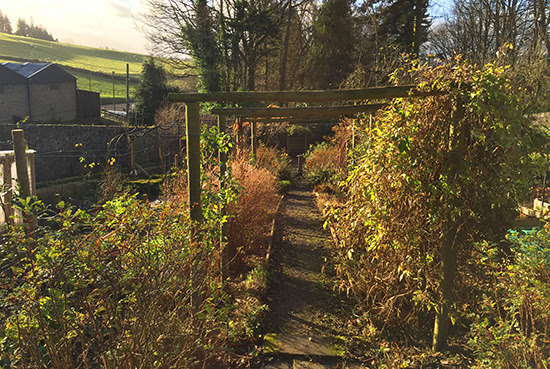 It's winter, so most of the garden is asleep, but the gardner in me can see what it will soon become. Already the hedges are being reclaimed, dead trees removed, new trees planted, fruit trees pruned, and rock walls rebuilt. 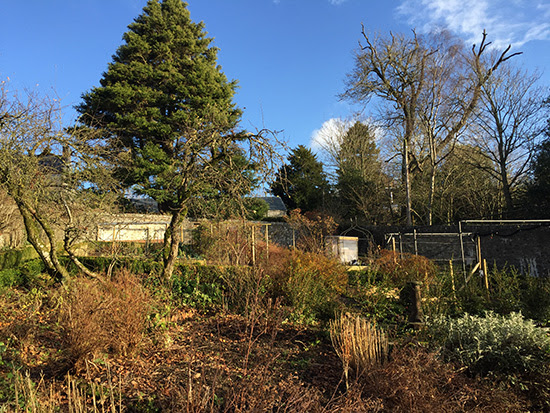 Behind the garden is a lovely stream (they don't have 'creeks' in Scotland - only 'rivers' and 'streams'). Stan played with Sweep in the very cold water. 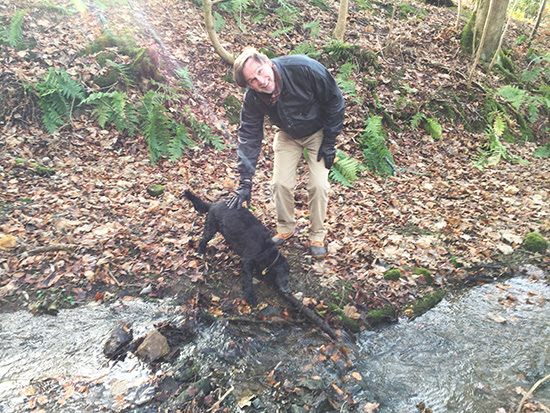 And while they fed us amazingly well during our visit, it was only the beginning of the produce the land will soon be providing, from various fruits for jams and chutneys, to vegetables, to cider (in the works), and the occasional rabbit who gets too obnoxious with the beloved vegetables or bird-feeder. Bird-watching is a wonderful past-time at Broomhill. 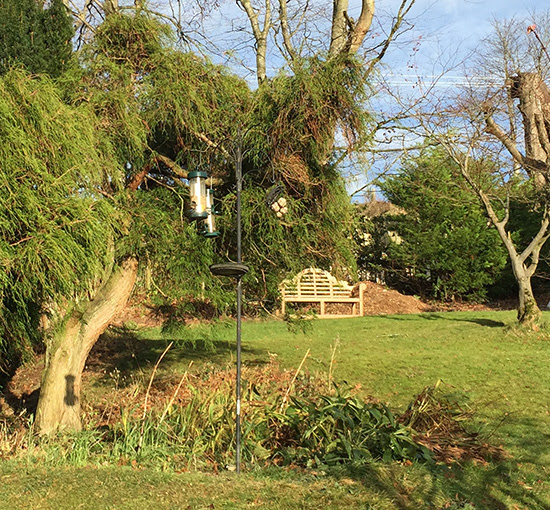 One of the most interesting features of the house is the Gin gang out back (the round roofed building). 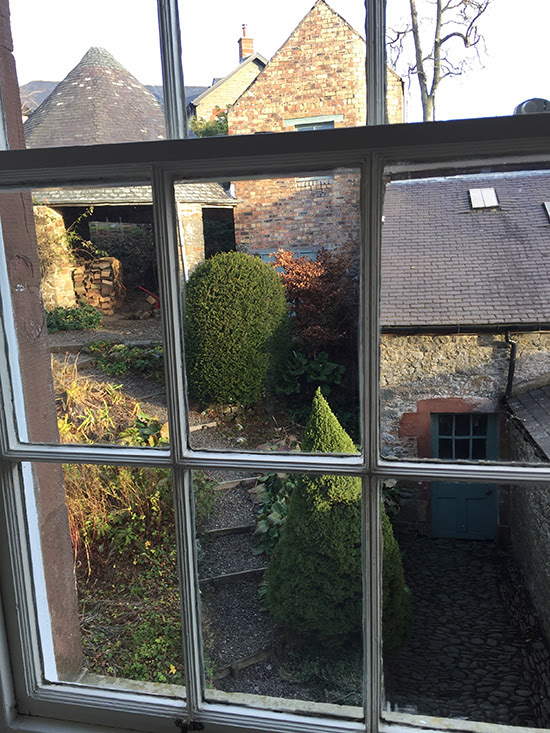 It's one of only six left in the country and is registered and protected. These days it's where Robert chops wood for the fireplaces. In its hey-day it's where a horse would go in circles to grind grain on a center stone. Pigeons love to perch in its impressive rafters. 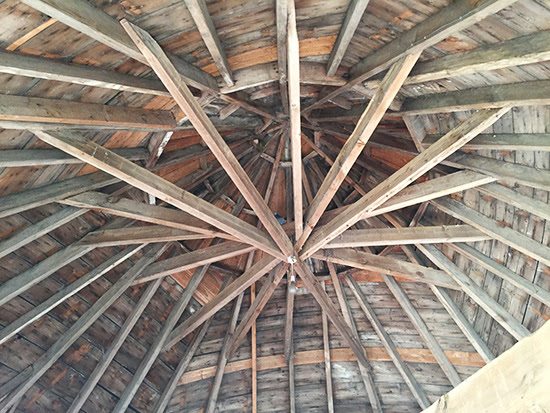 Connnie and Kevin (who also came to visit) suggested it would make a lovely spot for yoga if P&R ever want to open the house for retreats. (I, of course, thought it would make a wonderful writing retreat destination.) Every room in the house has a bathroom. I took full advantage of the lovely tub. 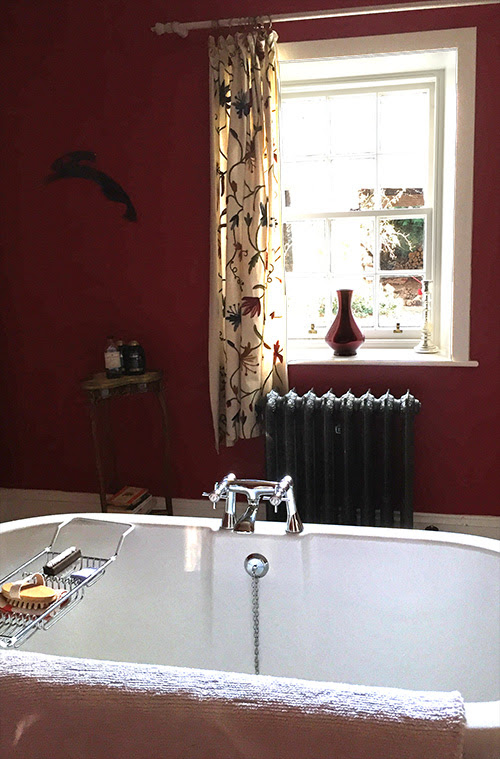 Sunday we took a lovely hike through the pastoral surroundings - more on that in the next post! Meanwhile - THANK YOU P&R for a lovely weekend!!!
at December 09, 2018