Jo Watson Hackl's SMACK DAB IN THE MIDDLE OF MAYBE

Smack Dab in the Middle of Maybe by my friend Jo Watson Hackl is coming out in paperback in July, but is available for pre-order now! I didn't get to interview her when the hard cover came out, so I'm thrilled to have her on to talk about her charming novel. 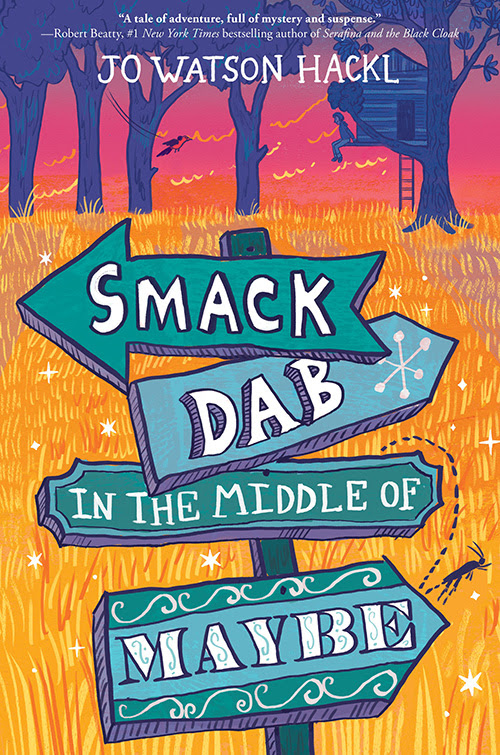 Crafting a Setting that Serves as Character
By Jo Watson Hackl

My favorite stories have strong settings. When I set out to write my novel, Smack Dab in the Middle of Maybe, I decided to site it in a place modeled on the Mississippi ghost town where I grew up. The area had once been home to a booming lumber company and the people who worked there. 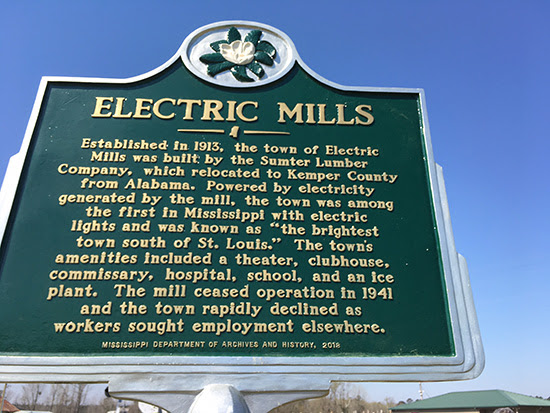 But, when we arrived for my parents’ tree farming business, the buildings were mostly gone and the woods were reclaiming the land. Weeds and trees had overtaken the places where the theater and ice cream parlor used to stand. I wanted to introduce readers to this half-wild and history-haunted place. 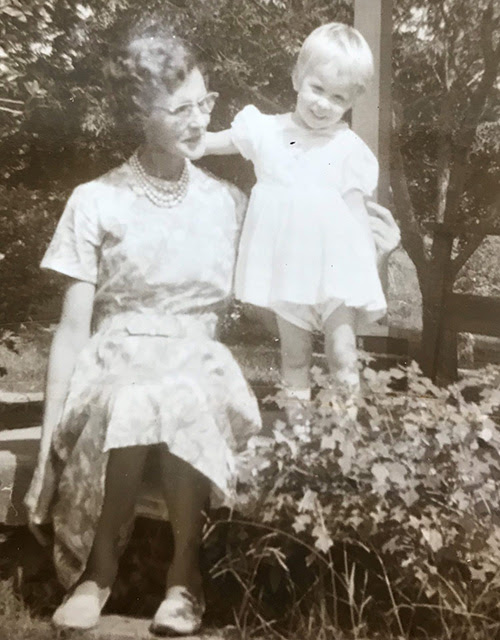 Photo of Jo with her Granmother near the real ghost town of Electric Mills. 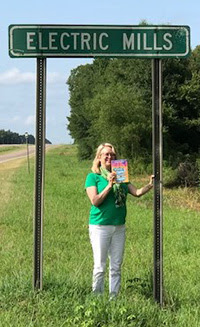 The story takes readers on an adventure with 12-year-old Cricket, who sets out to try to survive on her own in the overgrown ghost town and solve a clue trail left by an eccentric artist with a logic all his own. Below are some tips I’ve found helpful in making the setting as nuanced and impactful as possible so that it serves the role of a character.

•     Give your setting a rich backstory. Think about what might have happened before your characters arrived. How do the lives that were lived in that place echo for your characters today? Does the history help set mood? For my story, I used the town’s history (real and imagined) in the clue trail. I also drew upon the woods to help create a sense of mystery, adventure and possibility.

•     Give your settings quirks. For my setting, I added rocks that glow in the moonlight to the sidewalk by the old theater. I added inscriptions in the cement steps that now led to thin air instead of lively homes. I drew upon the contrast of thickly poured sidewalks that led past former front yards. I spent weeks researching the animals and plants that would be present at the time of year the story is set. I made the plants part of Cricket’s survival and included the migratory pattern of a rare bird in the clue trail.

•     Engage the senses. When readers open the pages of my book, I want them to feel that they are in the woods working on the clue trail alongside Cricket. I used all five senses in describing the woods and how Cricket interacts with it, including the way the wind whistles through the pine trees, raising goosebumps as Cricket enters the woods, the smell of old leaves and moss, the sounds that birds make as the first rays of sunlight filter through the treetops, the taste of bamboo shoots, the feel of heat from an evening campfire, and the sight of turkey tracks that might mean that food is close by.

•     Make the setting have special meaning for each of your characters. The wildness of the forest echoes in many ways the confusion Cricket feels at the start of her journey. Yet those woods were also where she and her parents built a treehouse and camped out. As I wrote the story, I brainstormed about the emotions and memories she brought to the setting and how these varying emotions and memories reveal character traits, influence action, and change over the course of the story. I also played upon differences in ways that other characters view those same woods.

•     Let your setting grow and change. Your characters may make positive or negative changes in the setting over the course of your novel. These changes have the potential to reveal character traits and impact plot. In Smack Dab, Cricket uses the resources of the land to set up a clue-solving base camp. In addition, if your setting is outside, it will naturally change over the course of the seasons. Think about how those changes complement or conflict with the central plot of the novel. As Cricket grows in confidence, the woods change, too, as spring growth emerges.

•     At the end of the novel, as you demonstrate the changes that have taken place in your main characters, think about how their relationship to the setting has changed. Does the main character decide to stay in the setting or move to another? If so, how do his or her experiences in that setting influence the choice about the next setting? Without giving away the ending of Smack Dab, I can say with surety that the way that Cricket thinks about the woods has dramatically changed by the end of the story. After all, those woods have fed her, sheltered her, and helped her on her journey, just like a strong character can do. 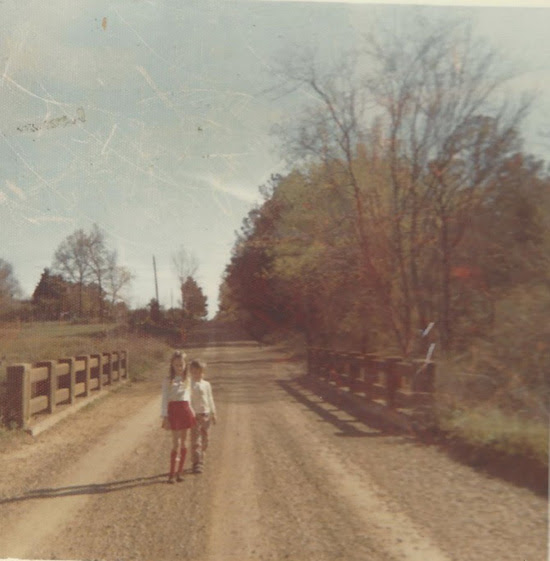 I look forward to reading the wonderfully rich settings in the work of my fellow writers. 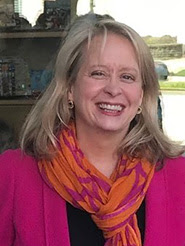 Jo Watson Hackl’s debut novel, Smack Dab in the Middle of Maybe (Random House Children’s Books), is a winner of the Southern Book Prize, an Indie Next Pick and an Okra pick. The book combines outdoor adventure with an art mystery clue trail. It is inspired by the Mississippi ghost town where she grew up and Mississippi artist Walter Anderson, who left a secret painted room when he died. Jo is a graduate of Millsaps College and Yale Law School and the founder of Outdoorosity.org, a free resource for information and inspiration about the outdoors.
Photos of Jo's fave writing spot under a peachtree and on her porch swing. 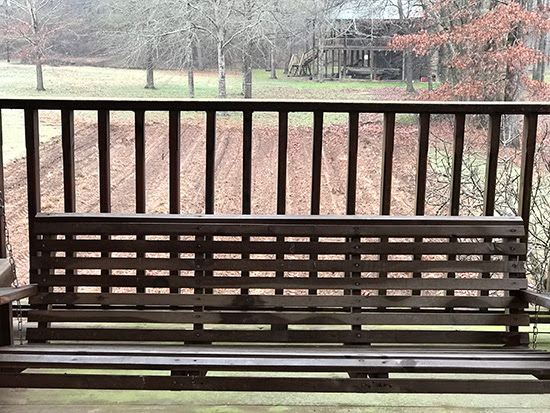 Many thanks for featuring this, Elizabeth. I enjoyed being part of your amazing blog.