Robots at the National Museum of Scotland

While Jennifer and Brian Attebery were in town, we went to the National Museum of Scotland to see the show on Robots. 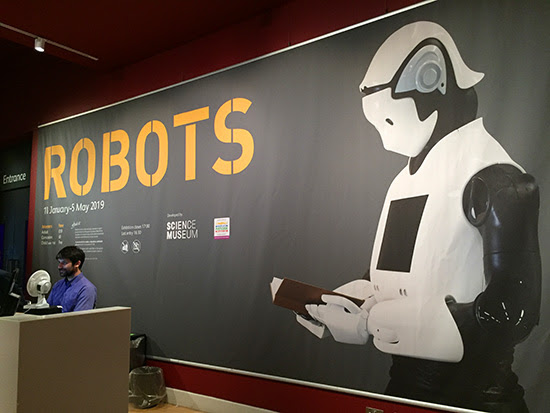 It’s a popular show, as you can imagine! When you walk in, the first thing you see is an enormous, life-size model of the famous Maria from Fritz Lang’s film Metropolis (c. 1927). 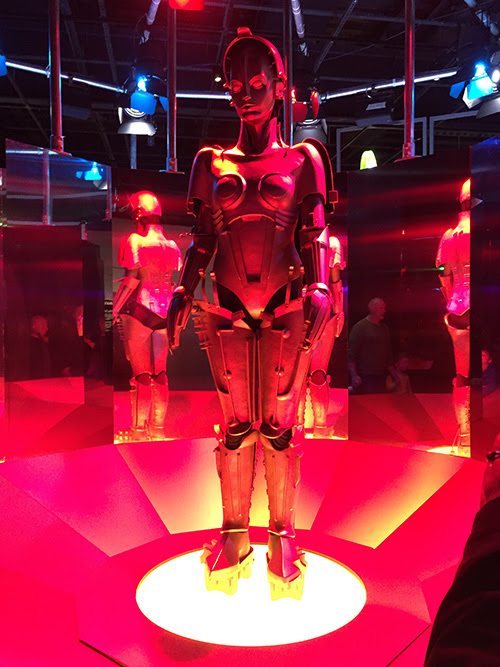 The color of the light changed on it and I couldn’t decide which one I liked best. Which one is your fave?

That was followed by an impressive display of metal robots from around the world. 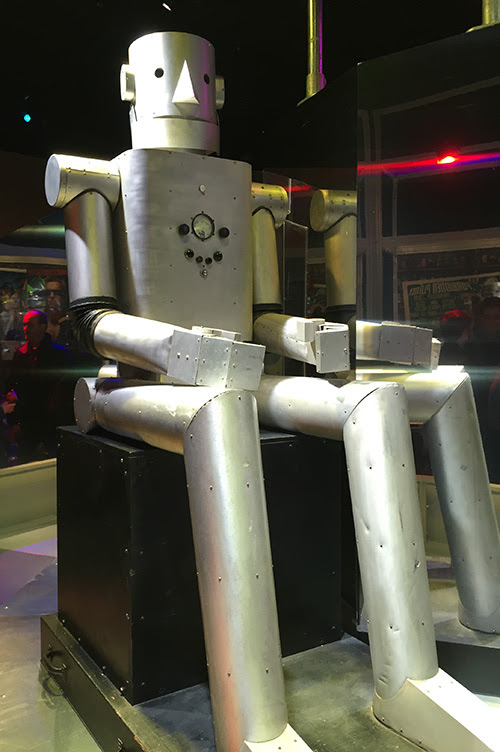 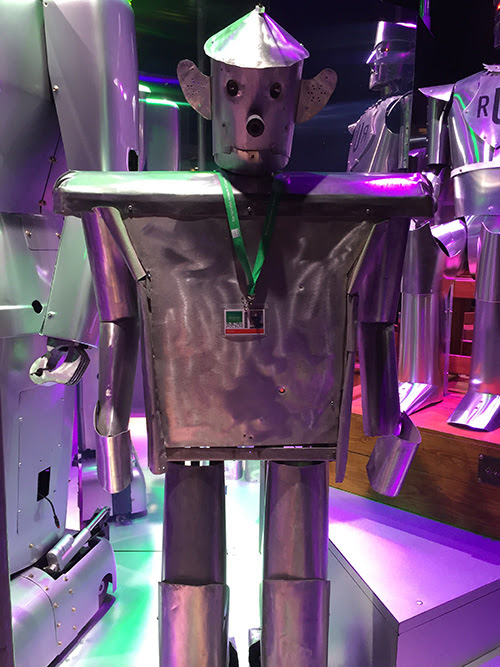 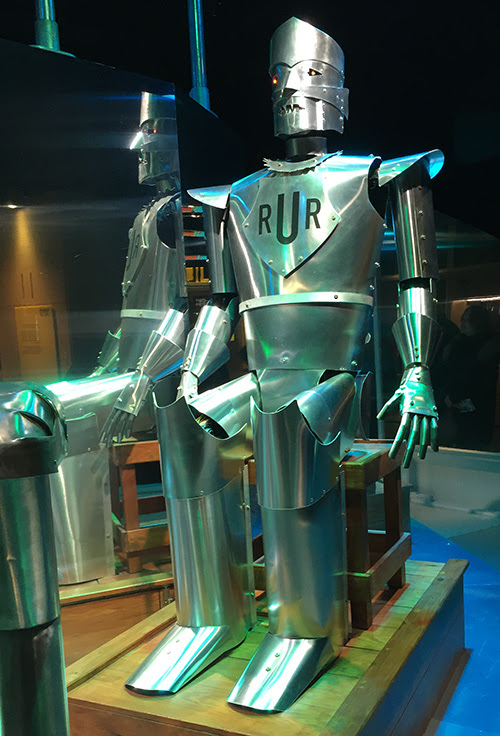 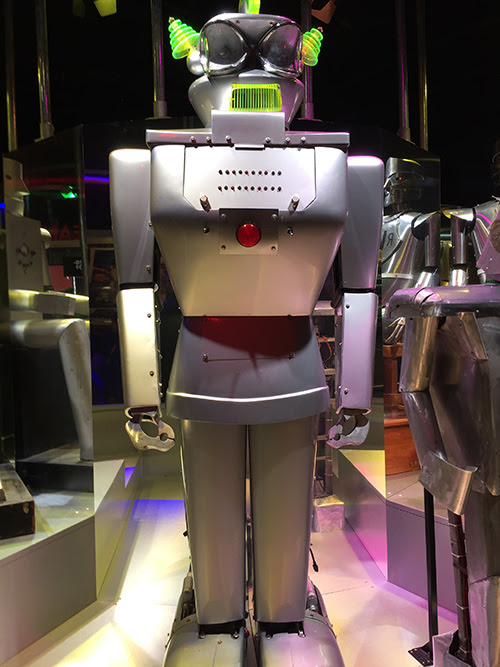 A lot of the robots were represented by parts that had been constructed to concentrate on particular human-like functions. For instance, this one looked at you - you can see me reflected on its screen. 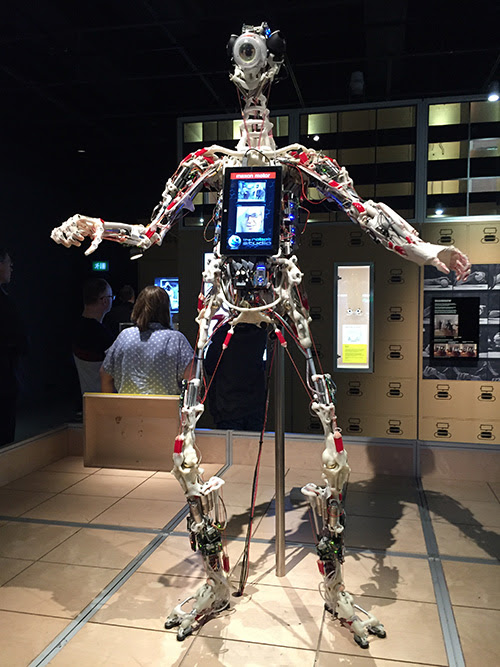 This one was created to try to capture the nuances of human expression. You can see some of its expressions in the upper left. 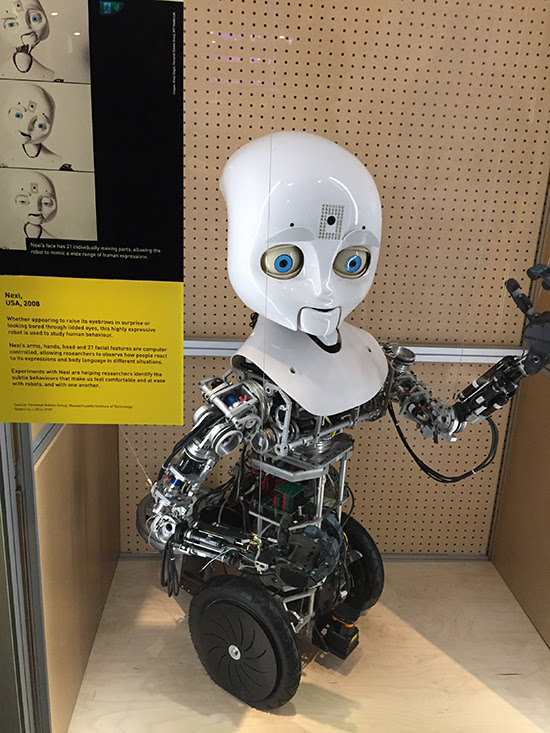 My favourite robot was Robina from Japan - she reminded me of the maid from the Jetsons. 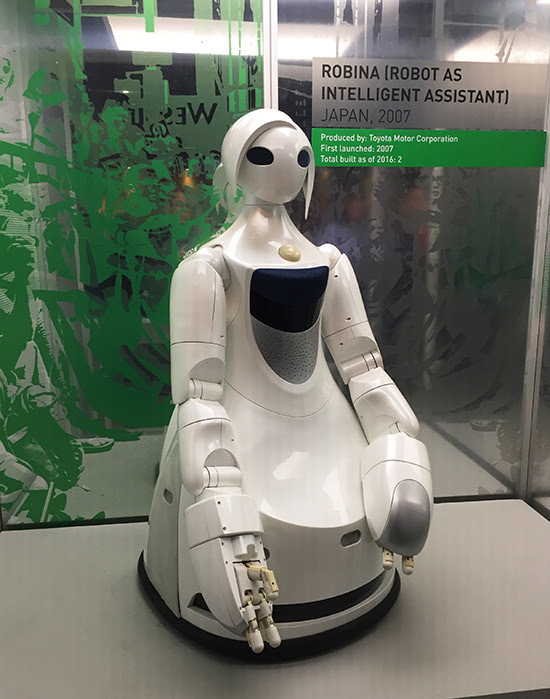 The most interesting invention was perhaps one of the smallest. This connection of cells was called ‘CySkin’ and made it possible for the robot to feel the sensation of touch—it's even pressure sensitive. Imagine the applications of this for paraplegics! 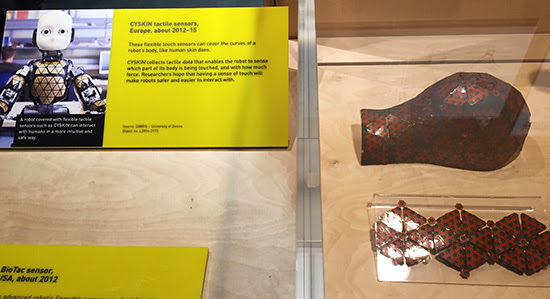 There were also robots for kids, some helped autistic children recognise emotions, others were to help care-givers learn to work with babies, then there was this toddler robot, which is just downright creepy if you ask me! 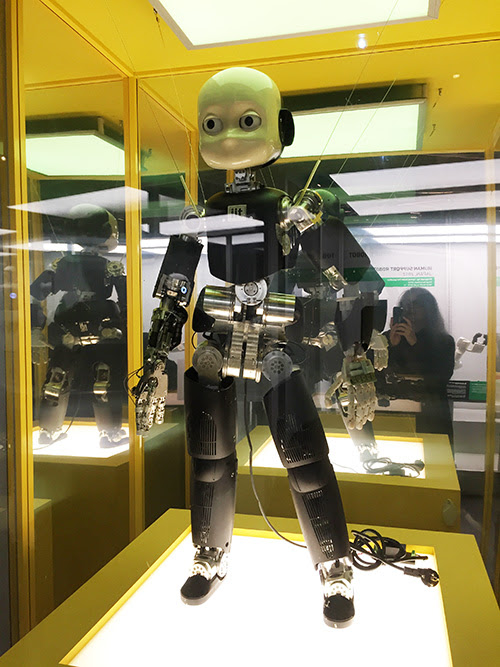 Quite a few of them were creepy actually; although, this one was fun. We got to fist bump and shake its hand. 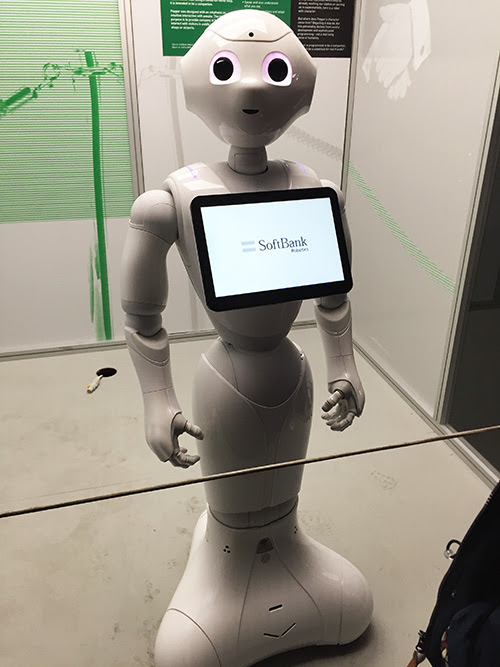 There were also robot toys of course.

The exhibit ended with a short movie about the strides being made in robotics at the University of Edinburgh. It's one of the things the uni specialises in, and they're doing some seriously great things.

I think my biggest take away from the exhibit was not only how far robotics has come, but also how far it has to go. For instance, I waved to some of the interactive robots, but they didn't wave back. It would seem they had been taught to track faces and movement, but not necessarily to interpret the movement and react to it. Many of the robots were action-specific—taught to do just one thing that would be simple for a human to do, but that is very difficult for a robot to do (like pick up an item inside a cabinet). All said, the show was extremely interesting and if you get the chance to see 'Robots', I can recommend it!
at April 07, 2019