Inspired by hiking across Scotland and working with challenged kids, Joseph Elliott stops by today to tell us about his new novel, The Good Hawk... 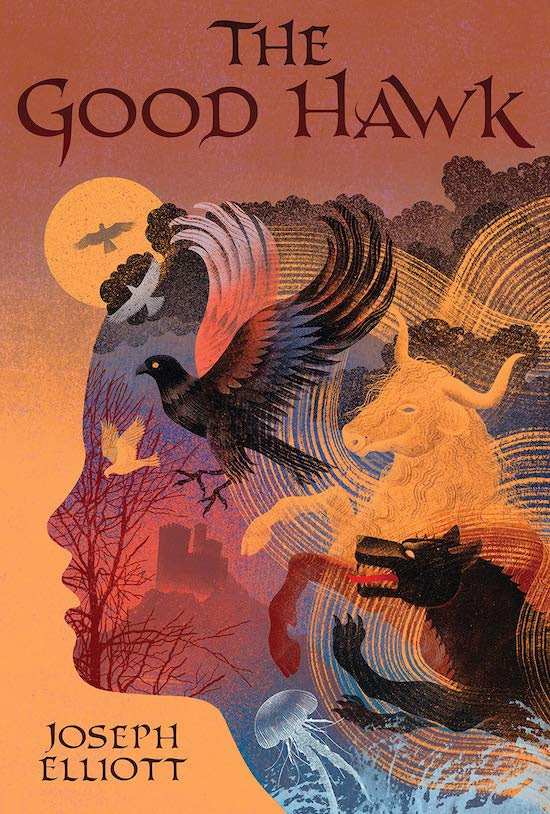 As with many authors, my road to publication was a long one. I studied English Literature at university, and have harboured an ambition to write a novel for as long as I can remember, but for about a decade, writing fiction was nothing more than an occasional hobby.

Then I broke my foot. Playing football. A much more dangerous sport than anyone had led me to believe… It was a nasty break that refused to heal and ultimately required an operation, meaning I was on and off crutches for the best part of two years. There were long periods where I was confined to my grotty little basement flat in east London with nothing to do but sit with my leg raised with a computer on my lap, so I thought to myself: now is the time. 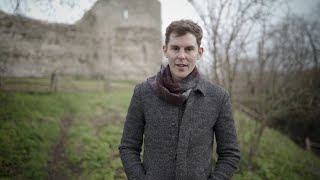 I spent the next couple of years compiling all the scraps I had written previously, pulling them into some sort of cohesive narrative, and then editing it until I was ready to submit it to agents. I worked incredibly hard, and am still extremely proud of the novel, but it never got me the representation I sought. Over the course of the following year, I had three full manuscript requests, and the feedback was the same every time: your writing is good, but your demographic is confusing. And they had a point. I’d written an adult, genre-bending, magic-realism, dystopian, family-saga fantasy. Of course it wasn’t going to sell.

Most agents I submitted to I never heard back from, and the waiting started to drive me crazy. In fact, it was the waiting that then prompted me to write The Good Hawk, because I needed something to distract me from the infinite silence and constant threat of rejection.

Building on what I’d learnt from the first book, I decided to pick a genre and stick to it. I was writing YA fantasy. Or so I thought. When it came to selling the book, most publishers told me I’d written something that wasn’t quite MG and wasn’t quite YA – it was somewhere in between. I could have kicked myself. (Not too hard; didn’t want to break my foot again). Luckily, Walker Books liked it enough to buy it all the same, with the provision that some parts may need to be written down to make them suitable for a younger audience. But I’m getting ahead of myself… 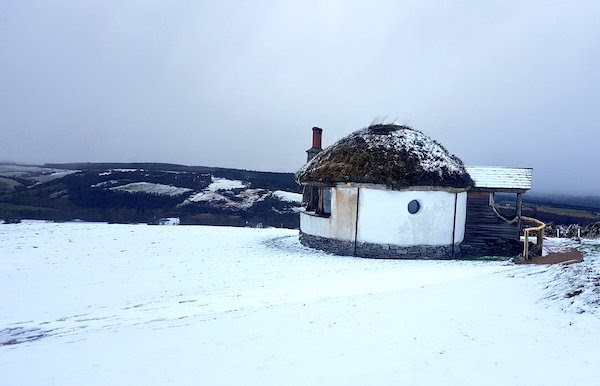 It took me about two years to write the book, fitting in odd days here and there in between acting jobs and working as a teaching assistant at a school for children with additional needs. When I submitted to agents this time around, it was a completely different story. Within a week I had three manuscript requests, and by the end of the week that followed I’d signed with the phenomenal Claire Wilson at Rogers, Coleridge and White. I couldn’t believe it. One of the first things Claire asked me was whether I’d written anything previously, and when I told her about my first novel, she said she could tell. In her opinion, most of the best authors have at least one “practice novel” hidden in a drawer somewhere.

Claire has a reputation for being one of the best children’s agents in the country, and it didn’t take me long to discover why. With her astute notes and guidance, I did another pretty hefty edit before we felt it was ready to submit to publishers. The next week was one of the most surreal of my life. I was abroad on holiday and every day I had conference calls with different publishers both in the UK and the US. So there I was, in my swim shorts, cocktail in hand, having life-changing conversations with people from opposite sides of the world. 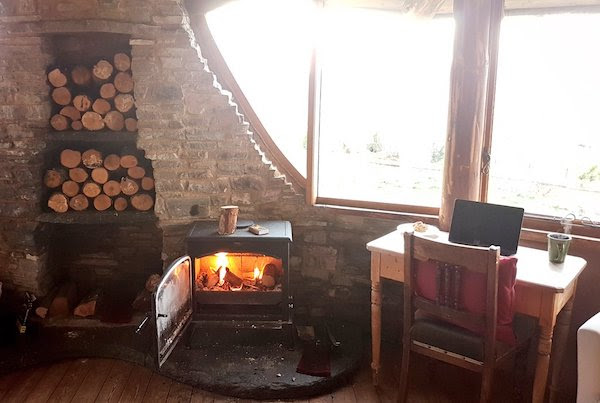 I signed with Walker US and Walker UK in their first join acquisition and have never looked back. I benefitted from having not one, but two of the best editors in the business, who were equally passionate about both the book and its characters; it would not be the book it is today without their wisdom and support.

My book has now been out in the world for about two months and the support it has received has been totally overwhelming. I’ll never forget the moment I found out it had been reviewed in the New York Times. Never in a million years was I expecting that. I was beaming for days.

My publishing journey has been long and at times it has been tough, but holding the finished book in my hands makes all those hardships fall away. I am extremely proud to have published one of the first books for children featuring a heroine with Down syndrome and I hope that Agatha will be an inspiration to many for generations to come.

Watch this short interview hosted by Walker Books, Joseph's UK publisher (the cover is different there): 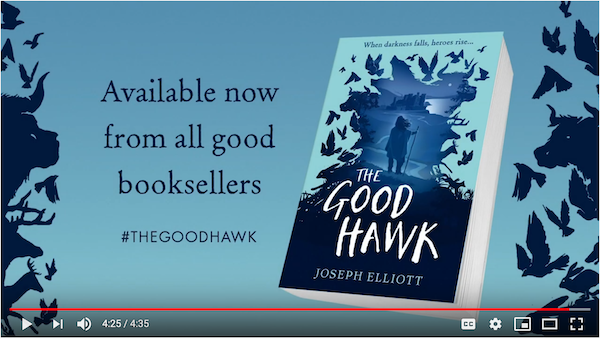 And Joseph shares a short outtake from the book... 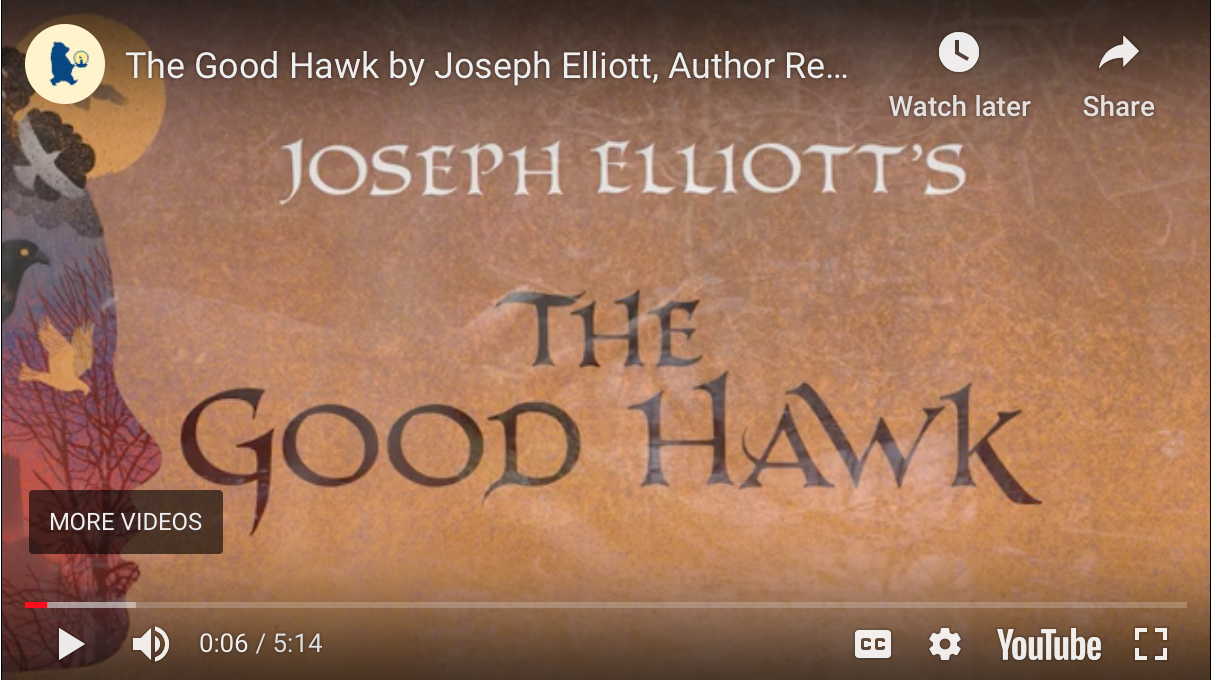