Winthrop University during the 1918 Spanish Influenza

Winthrop University Director of the Louise Pettus Archives and Special Collections, Gina Price White, recently put together a fascinating summary of how Rock Hill and Winthrop University fared during the 1918 pandemic of Spanish Influenza. With her permission, I am sharing her research. It's a fascinating glimpse into history, although some of the reactions to the flu then feel uncomfortably similar to what we're going through now with Covid-19. Many thanks to Gina for putting this together! 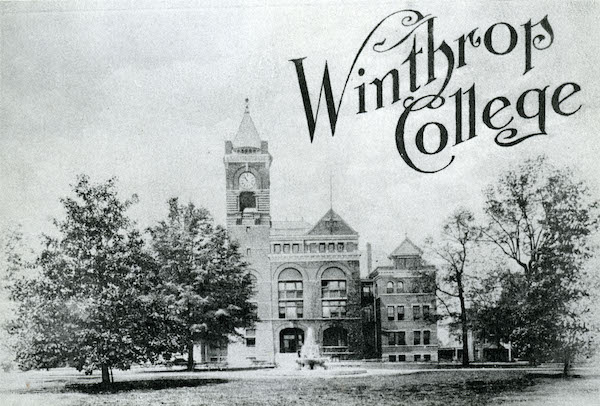 During the last year of the Great War (World War I) the nations of the world were caught up in an influenza pandemic that was unprecedented until the current 2020 COVID-19. In 1918, the influenza began in the spring but did not hit hard until the fall of 1918. Between September and November an extremely lethal strain of influenza raced around the planet. It would kill between twenty and forty million people worldwide by the following spring. More Americans died of this pandemic than were killed in World War I, World War II, Korea and Vietnam combined. The influenza strain became known as the Spanish flu and reached nearly every country on the map—whatever place could be reached via ships, cars, trucks, or trains. 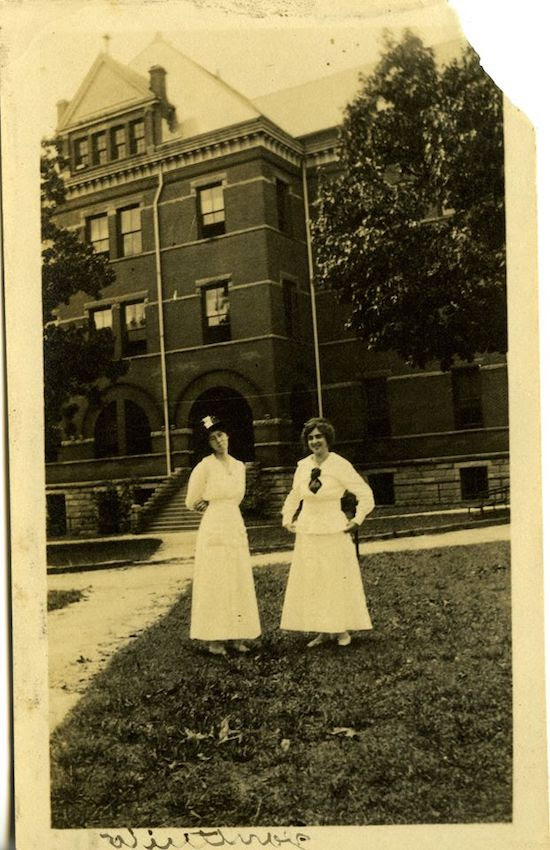 Students in front of Tillman Hall, 1918
The pandemic did not pass over South Carolina. By mid-October 1918, South Carolina had reported approximately 50,000 cases. By the time the pandemic subsided, South Carolina had over 14, 000 deaths from complications associated with the influenza—mainly pneumonia. In the first few months of 1919, the cases of influenza were disappearing and mortality rates fell back to normal. However, in late January quarantines were set up in 12 counties including Newberry, Greenville, Oconee, and Union in the Upstate upon reappearance of the virus.

Rock Hill and York County were not immune to the effects in the fall of 1918 and early 1919. Schools were closed in mid-October 1918 but re-opened in mid-November. Newspapers informed citizens that in January 1919 more than 260 cases had been reported in Rock Hill with 66 of those cases among school children and that the disease appeared to be steadily on the increase. The York Church Home Orphanage reported 23 cases among their residents and the Travora Cotton Mill on Congress Street in York suspended operation on January 27, 1919 due to influenza. By early spring the crisis seemed to be waning. 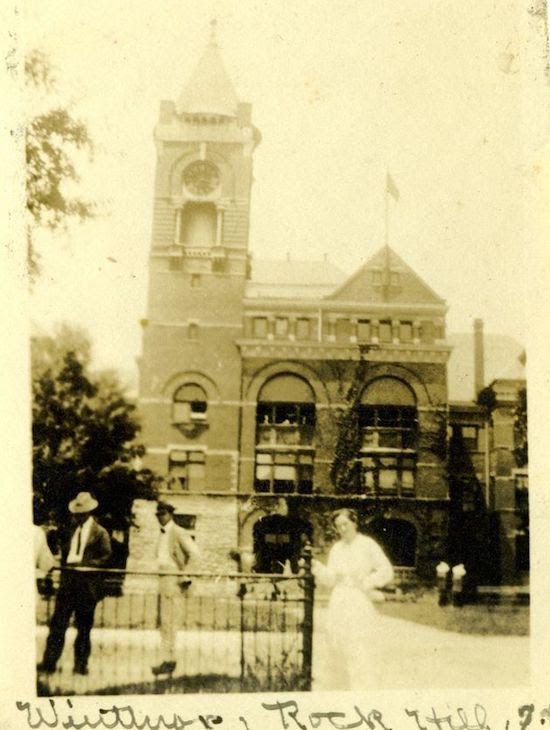 Faculty in front of Tillman Hall, 1918
According to reports, Winthrop was not excessively affected by the pandemic. Winthrop Training School closed along with Rock Hill schools in mid-October and re-opened on November 11. The Winthrop Weekly News reported on November 1, 1918 that the “strict quarantine which has been observed at Winthrop will be modified next week. Students living in the city, and those who have been detained in more distant parts of the State, will be allowed to resume their duties at the college upon presentation of a physician’s certificate stating that there have been no cases of influenza in their families in the past 10 days. Winthrop has been fortunate in missing influenza and while, it is desired that students return, every precaution will be taken.”

Winthrop president D. B. Johnson reported to the Board of Trustees on March 28, 1919 that in November there had been a few cases of influenza among the Winthrop students “but when the college closed on Dec. 20th for the Christmas holidays, there was not a single case.” He reported that after the students returned from the holidays only a few mild cases of influenza developed and there was no interruption of college work. 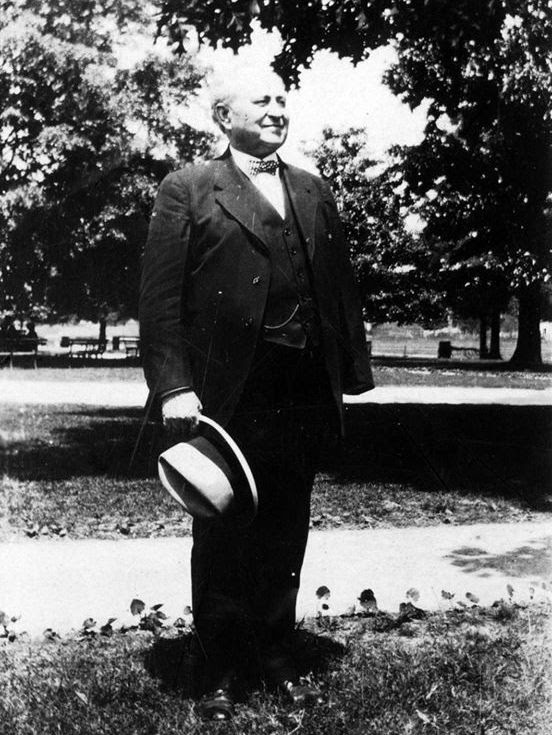 President D.B. Johnson in 1920
At the next meeting of the Board of Trustees on June 4, 1919, Pres. Johnson reported that there were no serious results from influenza at Winthrop. There were a few teachers who had to leave because of ill health in their families or because of their own ill health but he did not say whether that was due solely to influenza. A Chester News item noted that Miss Emma Thomson (Winthrop Class of 1911) a teacher in the Chester SC schools and daughter of Professor J. W. Thomson (Professor of Education, Bible, Pedagogics, Ethics, Psychology, and Dean of the College—1898-1930) was at Prof. Thomson’s home recovering from influenza in January 1919. 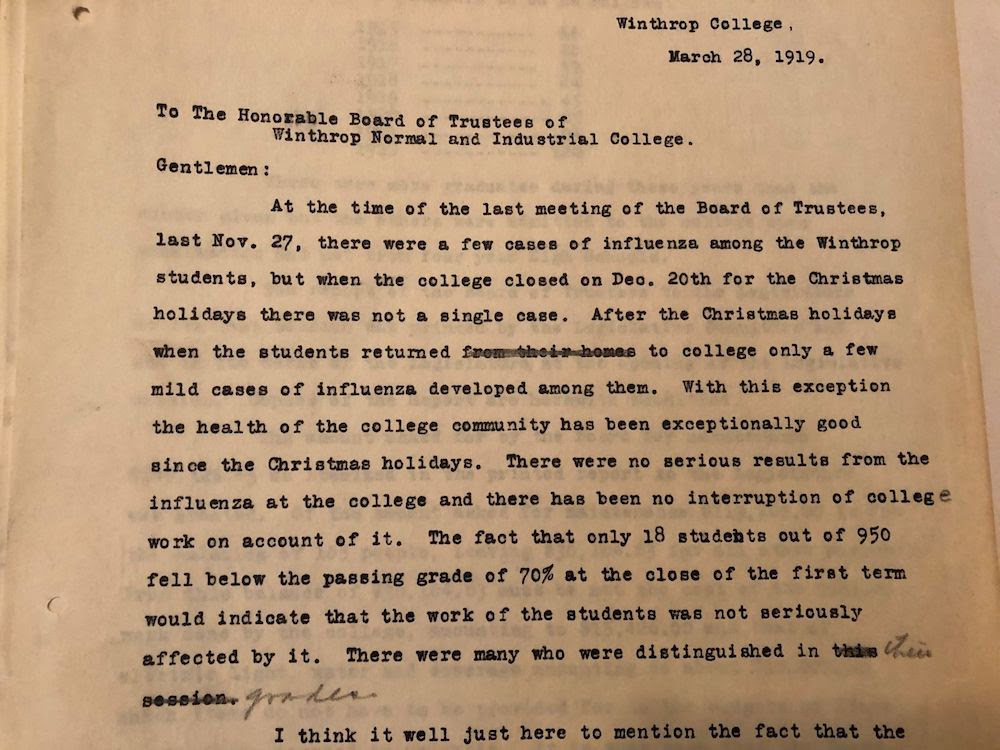 President's Report, 1919
Pres. Johnson told the Board in June that Winthrop’s extension work for the benefit of schools, teachers, and the people beyond the campus throughout the state was interrupted somewhat by the influenza quarantine but had broadened and strengthened nonetheless. Also, during the spring of 1919, Johnson had a “moving picture” taken of the students to be shown to the people who cannot come to the college in person. That film is titled “Winthrop Day-By-Day”. At the Commencement ceremony in June 1919, 200 students graduated with degrees.

Perhaps Winthrop was spared greater suffering from influenza because Winthrop rules in the early part of the 20th century, during normal times not just during a pandemic, did not allow students to leave campus without permission. Permission was not often granted. They did not travel extensively nor did they congregate with large crowds who were not students. Most students attended church services each Sunday in Rock Hill but during the worst part of the crisis, they did not leave campus at all. The practice of isolation seems to have been a mitigating factor in the spread of influenza at Winthrop in 1918 and early 1919. 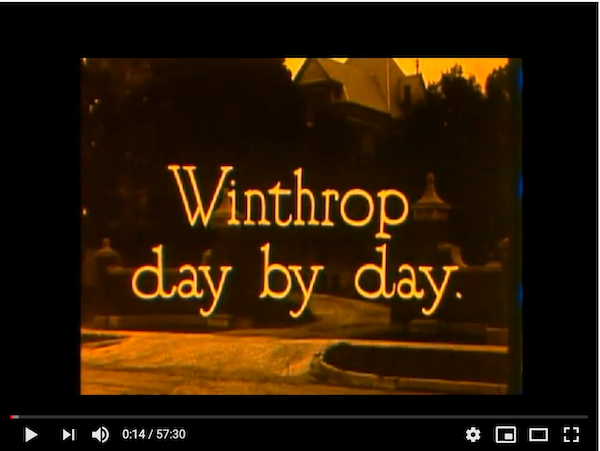