I've been collecting weird things I've seen around town to share with you. This is probably the best one. Down on Cowgate is a building with half a cow heading into one side (with UDDERS!) and the other half of the cow coming out the other side. Because, you know, why not? It is Cowgate after all. 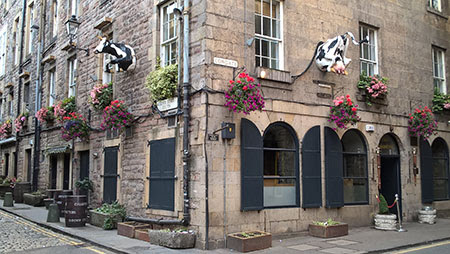 Just down from the cow is a neon sign - not so weird, but I love that somebody went to the trouble all the same. 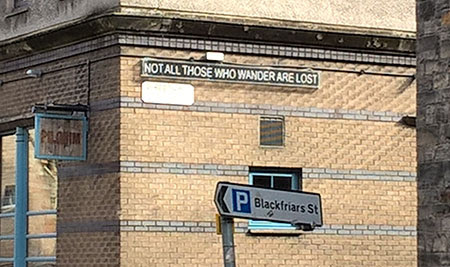 I showed you this one before, found it in Newhaven. It's a Gargoyle face made out of shells. 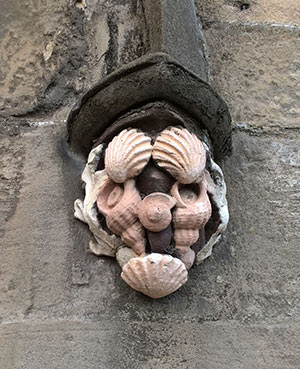 This one is on George Street. There's a chain restaurant in Edinburgh with the weirdest name I've ever seen. 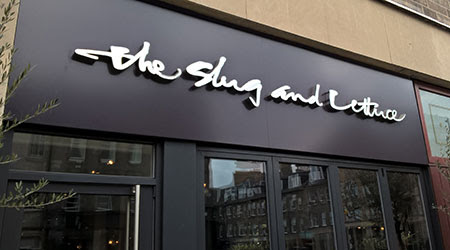 I can't bring myself to eat there. I mean, it's nickname is... 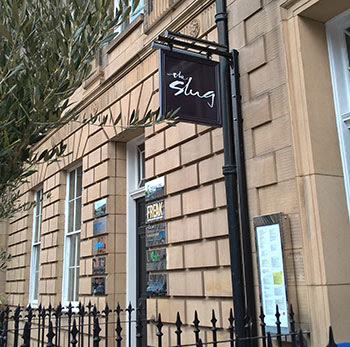 UGG!
In the Botanic Gardens there's a series of sculptures that basically look like mashed up aluminum foil. I think I made one of these when I was 6. I just didn't have the budget to make it BIG. I would've if I could've! 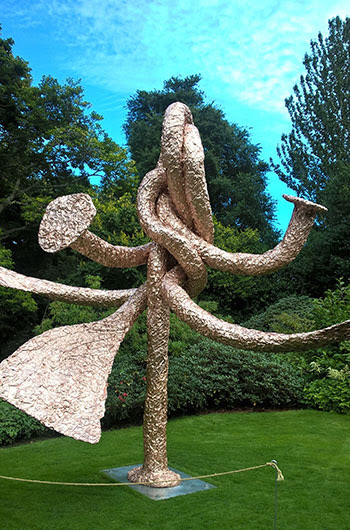 So, off of South Bridge are some very formal-looking buildings. One has an inset with a giant Urn. 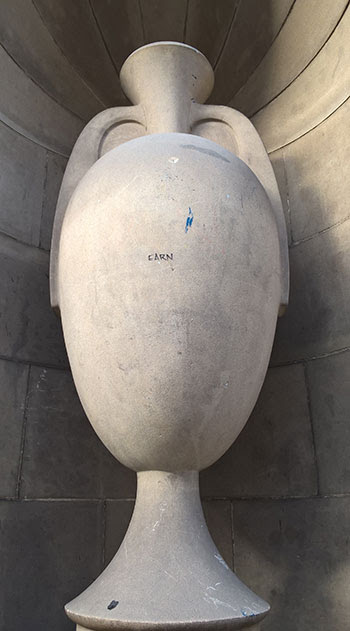 Named, of course by somebody with a sharpie... 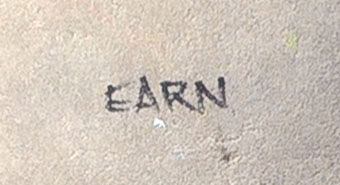 Then up to High Street, also known as the Royal Mile, is a complete conundrum. There is a statue of this guy, Hume. He was some sort of economic genius or something. 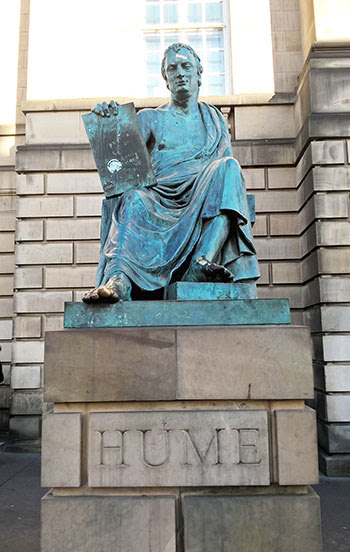 But here's the thing. If you read the plaque about him, a little hiccup emerges. I'll give you a minute... 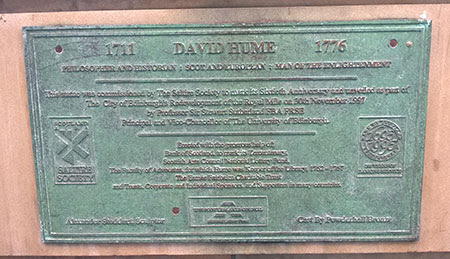 Did you catch it? Notice the years he was alive - in the 1700s. Now look again at what he's wearing. The poor dude probably never wore a toga in his life, maybe even was quite conservative in his breeches and jackets. And here he is immortalized in a TOGA with his chest to bare. Hmmmm.
I love it here.
at October 17, 2015

Ah! the idiosyncrasies of the UK! I only see them when pointed out by visitors LOL.