To Days That Only Get Better

Last weekend Stan and I did a picnic in Inverleith Park because it was about the most gorgeous day I've ever seen in my life. We walked to the Tesco and picked up a few key items, wandered to the park and found a nice spot. 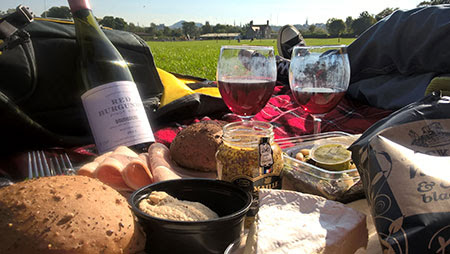 We watched children peddle on wee bicycles and doggies chasing each other through grass that is greener than any I've ever seen. There were funny crows and not a bug in sight. We enjoyed the cheese, the sammies, the wine, the Haggis-flavored crisps (potato chips in American-speak) and thought life couldn't get any better. Then we packed up and went over the hill...

We thought that sound we'd heard was a remote controlled airplane - turned out it was boats. The Model Boat Club to be exact. 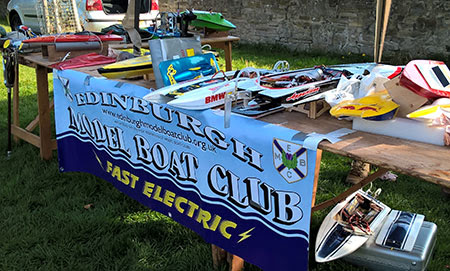 They had set up courses in the pond. One club was primarily racing boats, while the other was battleships, 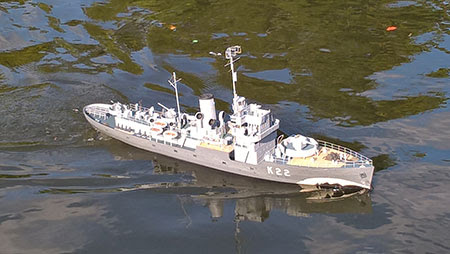 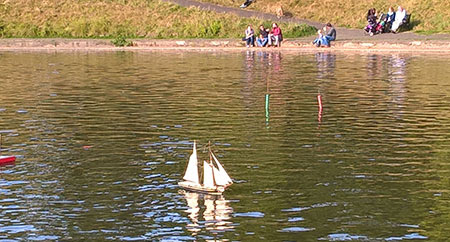 They raced them around the courses. Every now and then one would flip over and somebody would walk out in waders to set it to rights. It's a shallow pond.
Down at the other end is a wetlands that have been set aside for wildlife. That's where all the ducks were hanging out - they wanted nothing to do with the boats! But that's also where we found the sign about the history of the Model Boat Club. 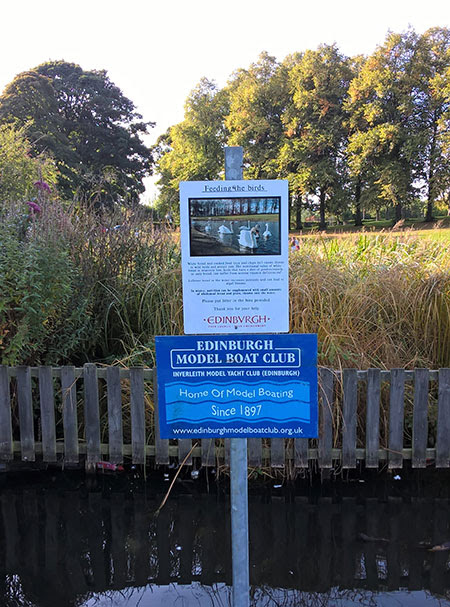 Turns out they've been doing that there since the 1800s. We just found out. What a cool thing to go watch on a beautiful day. We'll be back. And the menu need not change, although I think next time we'll do the mushroom paté instead of the smoked mackerel. 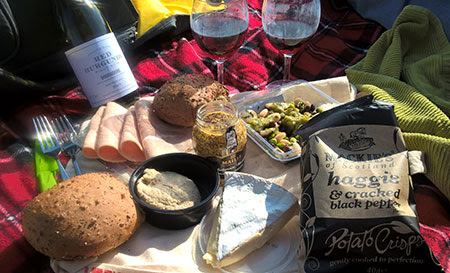 That picnic looks lovely, it makes me hungry. I don't know what sammies are, could they be sarnies? (sandwiches) I'm so glad you enjoying Scotland and hope you have a chance to visit other parts of the UK, Wales, England and Ireland.