A mini-adventure to South Queensferry

Friday, Stan and I met up with our friend Blythe to head to South Queensferry in search of The Burryman. More on him soon... first, we had to get there.
Queensferry is still technically part of Edinburgh, although it took a quick train ride from Waverly Station to get to this sweet little ferry town. 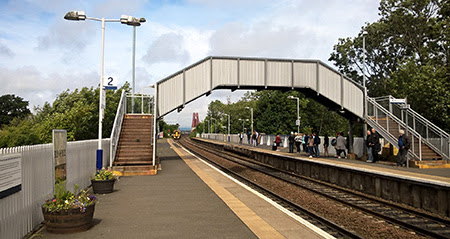 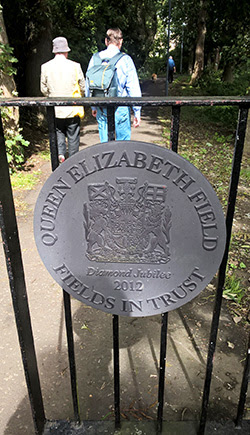 We caught up with Blythe in Haymarket and together, we arrived in Queensferry to a quick walk into town. We could have taken the main road, but we decided to cut through my park, which led through some lovely woods. 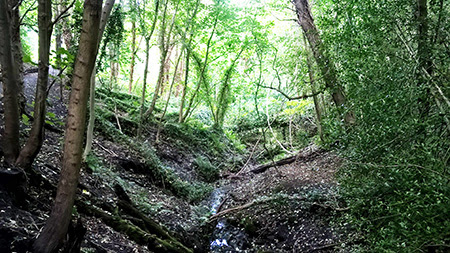 Out the other end, we made it to Queensferry proper. Here are Stan and Blythe on the walk into town. 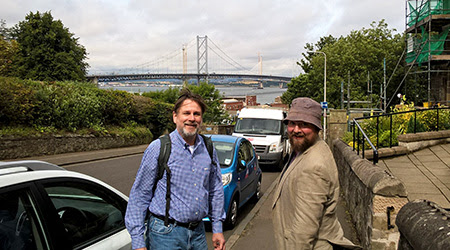 Queensferry is exactly that - the crossing point over the Firth of Forth for hundreds (nay, thousands) of years. So this is where all the bridges are.

In fact, the town's views are dominated by three bridges. The Scotland | ALBA website says that they are, "The Forth Bridge (the red one), a railway bridge which was completed over 125 years ago, is a UNESCO World Heritage Site and a spectacular feat in engineering. The neighbouring Forth Road Bridge opened in 1964 (you can see this one to the left), and Queensferry Crossing, to the west of South Queensferry, is a new road bridge set to open at the end of May 2017." In fact, one of the places we stopped into was called "The Three Bridges."

We arrived in time for lunch. And since Blythe is a well-known food critic in Edinburgh, creator of Lunchquest, we headed for a recommended lunch spot at the marina. 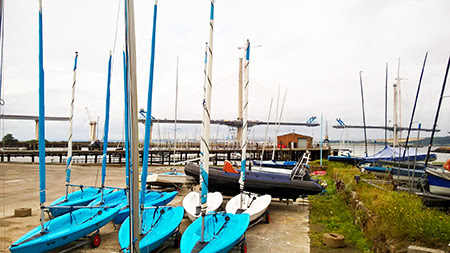 From town, that meant we cut left rather than right towards Port Edgar. 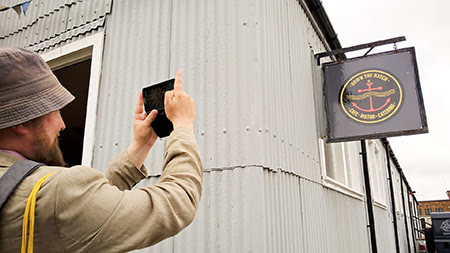 Lunch was, believe it or not, a Philly Cheesesteak sandwich at Down the Hatch. Pretty good!
Properly fortified, we then headed east along the coast into downtown Queensferry...
at August 13, 2016