One of the best things about living in Edinburgh is the annual Edinburgh International Book Festival. It goes on for two weeks during FRINGE and it is an oasis of literary wonderfulness in Charlotte Square. 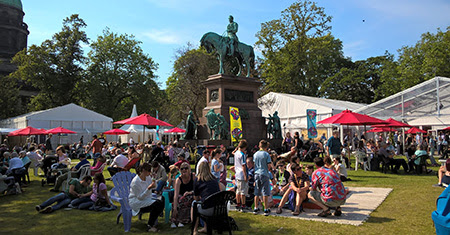 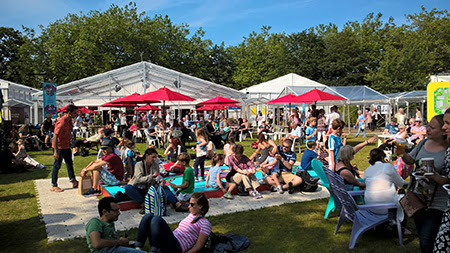 For the first week of the Festival, I've been supporting friends and taking advantage of some free events. First was Sarah Broadley's reading in the Spiegletent. That's a new word to me, but it basically means a pop-up venue that looks like this. 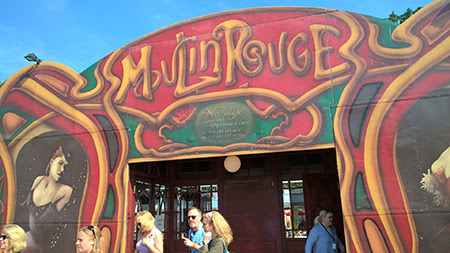 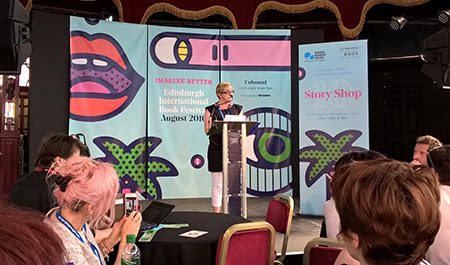 Sarah is the incoming regional advisor for the Southeast Scotland chapter of the SCBWI. She read an entertaining piece about her first pair of rollerskates, and the injury that ensued. I had a similar escapade involving a skateboard in my childhood, so I could relate.
SCBWI also hosted a postcard wall inspired by the Illustrators' Walls at the Bologna Children's Book Fair (which I wrote about HERE).

It wasn't nearly as big as Bologna obviously (!), but it was a really nice showing of the amazingly talented illustrators here in Edinburgh. 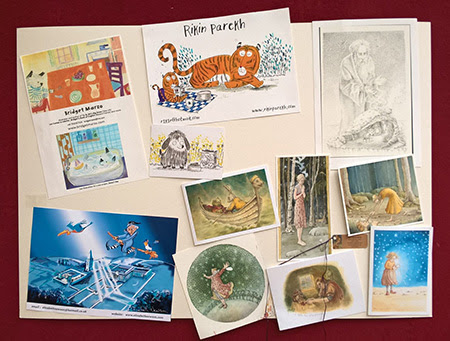 This was the panel that showed off my wares. 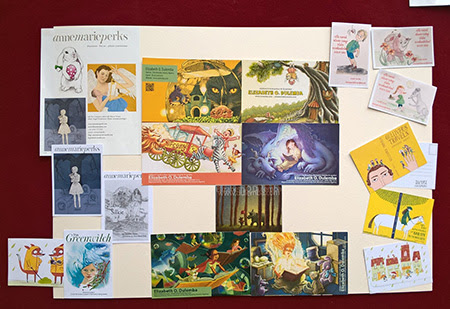 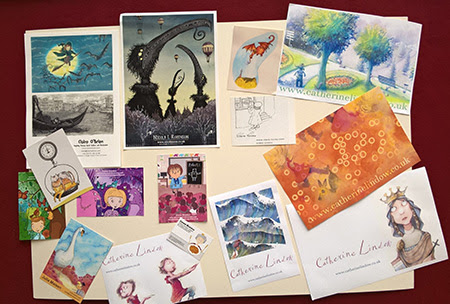 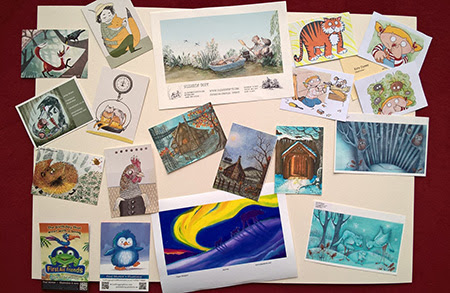 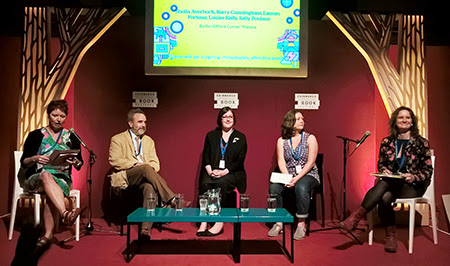 Louise Kelly and Sheila Averbuch (current RAs) asked some great questions, including illustrator-specific questions. My biggest take-away was that illustrators in the UK are mostly hired through agencies. HMMMMM!
Mostly, it was lovely connecting with fellow children's book creators. I'm slowly getting to know folks here and am not as much the new kid as I was. That's nice.
I purchased tickets for several more speakers next week. More on those soon...
at August 22, 2016