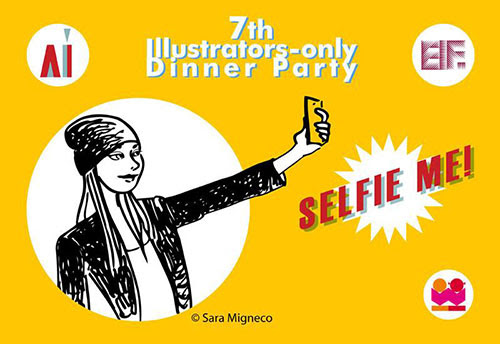 Tuesday evening I attended a dinner and selfie party hosted by the AI (Associazione Autori di Immagini, Italy) and the EIF (European Illustrators Forum) at the Ristorante Golem. 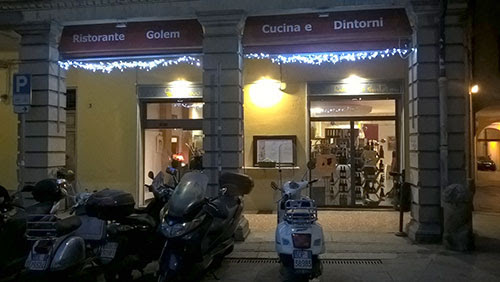 The restaurant was not far from my flat, but was up a road I hadn't been on before. There is nothing like wandering through Bologna after dark. The town lights up like pure magic, so just getting to the restaurant was a treat. 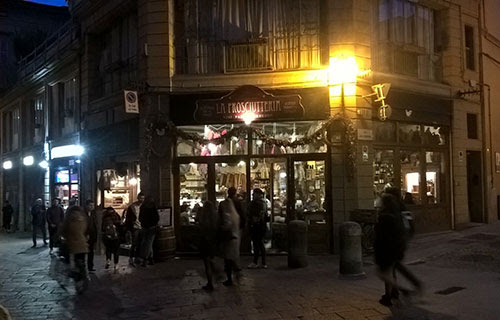 Once there, I made several new friends (out of the 100 or so in attendance from 13 countries and three continents!) who I joined for dinner. 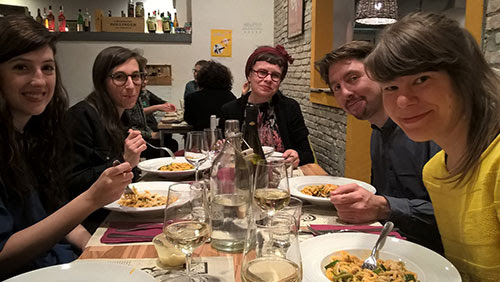 From the left, there was Heli Halme (not pictured), Elisabeth Perez Fernandez from the Basque publisher Bonito Editorial and Euskal Irudigileak, Virginia Argumosa, Sari Airola, Stefan Leuchtenberg from Germany, and Anna Emilia Laitinen. Heli, Sari, and Anna were representing Kuvittajat, which is sort of like the Finnish version of the AOI (Association of Illustrators, London) or the SOI (Society of Illustrators, New York). Our hosts got better photos. I hope they don't mind if I share as I don't speak Italian—yet. 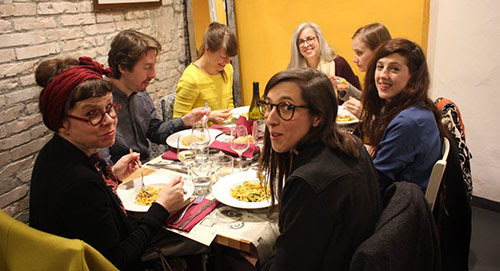 We did hit a few language issues. For instance, I really couldn't understand Heli's English very well. And Elisabeth really couldn't understand my American accent. But we all managed and had a lovely time. (And they all got brochures, of course!) After we ate, the theme of the party kicked in. We all drew selfies then shared them on a wall. I didn't get a good picture of mine, dangit, but I did get Sari's. We both drew our selfies with our eyes closed because we were so tired! 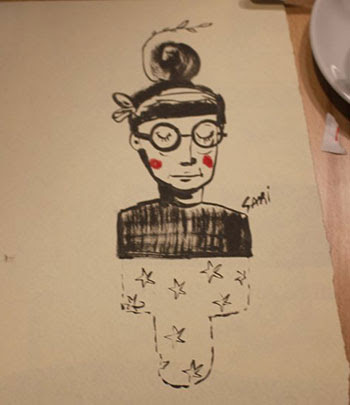 Here are the sharing photos from the FB page. (The red arrow is pointing to my selfie.) 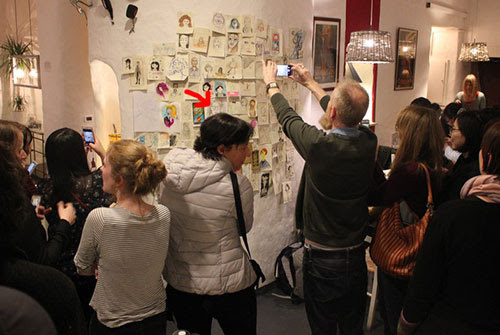 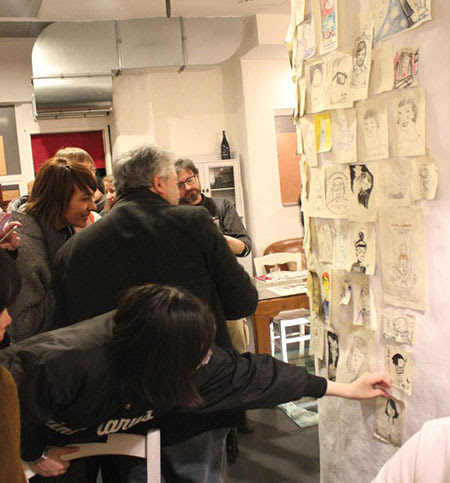 I love going into a situation without knowing anyone. I've never had a problem meeting people. And after this fun evening, I left with six new friends!

Fabulous idea for a bunch of illustrators - and I know a little ol' thing like a language barrier wouldn't stop YOU from connecting with other magnificent folks. (Can't wait to hear more about it!) I'm hitching along in spirit, by the way.