This post is rated PG (Parental Guidance/Publishers Guffaw)...
I am proud to call myself a Sourcebooks author since they bought Little Pickle Press, the publisher of my novel, A Bird on Water Street. Also, Kelly Barrales-Saylor (Editorial Director, Sourcebooks Jabberwocky—Nonfiction) and I have been friends for years since I invited her to speak at our annual SCBWI Illustrators' Day in Atlanta. Add to that, Kelly connected me with author/illustrator Julia Patton, who has become one of my BFFs in the UK. So, I was thrilled to be a part of dinner festivities on Wednesday evening, although they did warn me that it would be a wild night...
It began innocently enough. I walked to the Piazza Maggiore where the setting sun was turning all the buildings to GOLD. 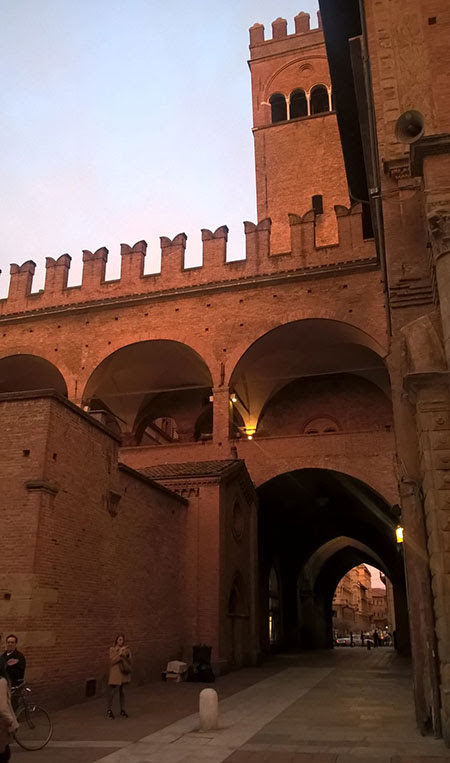 Then I waited by the fountain - the primary meeting spot in Bologna. A singer, whose first language was obviously not English crooned Johnny Cash's "Ring of Fire." Was this my first omen? 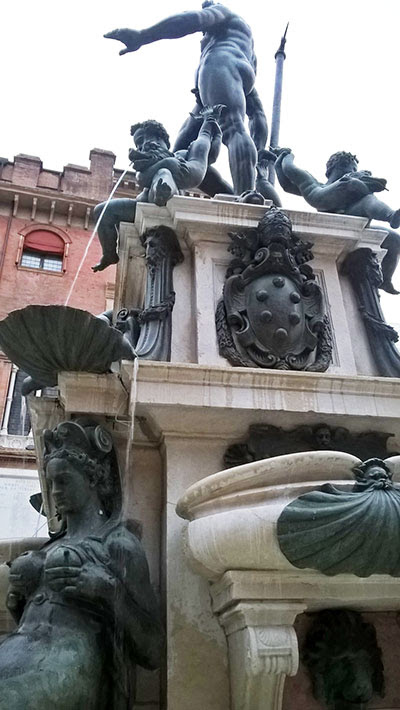 Supposedly, the mermaid parts of the fountain don't run anymore because they were, well, offensive. Second omen? 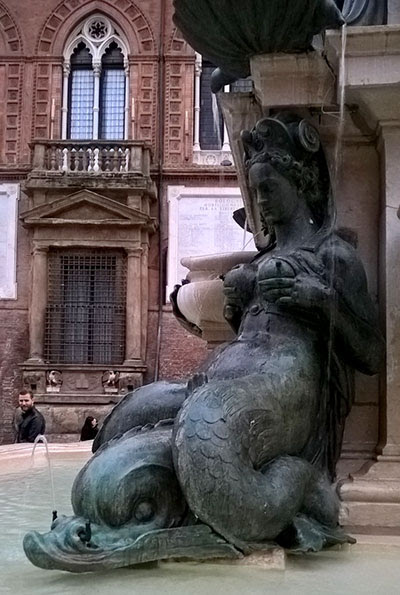 Julia and her hubby Lawrence caught up with me and hugs were had all around. 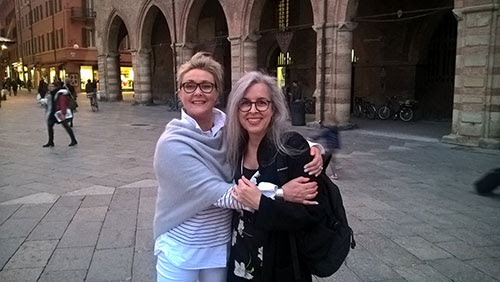 And then we were off to Alice's Restaurant. Seriously—Ristorante Alice. Third omen. This is Julia and her hubby Lawrence, Me, Kelly, Jordan Kost (Creative Director), and Sara Hartman-Seeskin (Rights and Exports Manager). 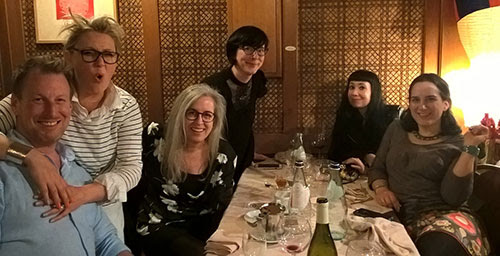 Alice's Restaurant is a hard-to-find hidey-hole of a restaurant that is obviously known by the locals—like the Bologna basketball team, who we surreptitiously took photographs of. 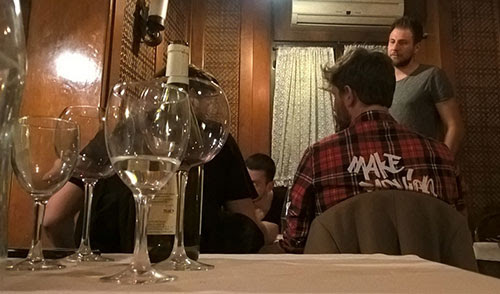 And birthday goers. There were two birthday parties with us that night. One was fairly subdued, while the other was celebrating a 30th 'end of her youth' birthday. Soon after we finished eating, the romantic mood music stopped with a screech and became 80s and 90s dance hits. The poor couple in the corner tried to stay out of the melee as napkins began to spin, dancing started and never stopped, and every song was sung to loudly and in Italian (mostly).
The notorious owner, Oscar, brought the cakes out one by one... a lovely pink cake and a coffin cake with... yeah... on top. 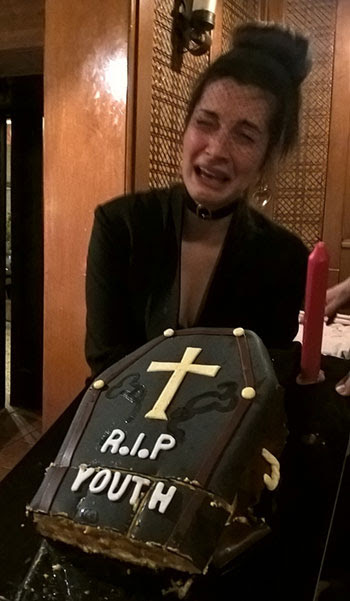 As things got wilder and wilder, Julia made sure the infamous pig mask also made an appearance. 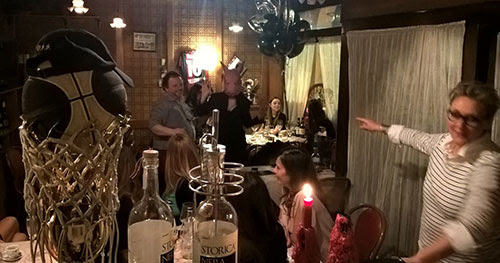 The birthday girl was a hoot! 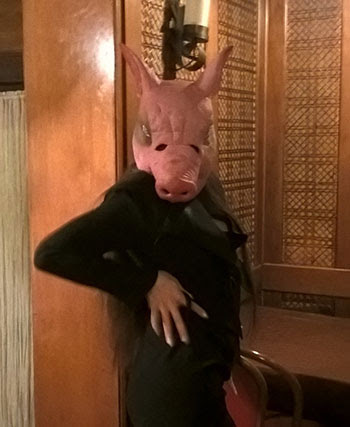 I'm leaving out a lot for legal reasons. But I can assure you a good time was had by all, and we didn't fall out of the place until after 1am! Good lord, I haven't partied like that since...1999! Hee-hee.